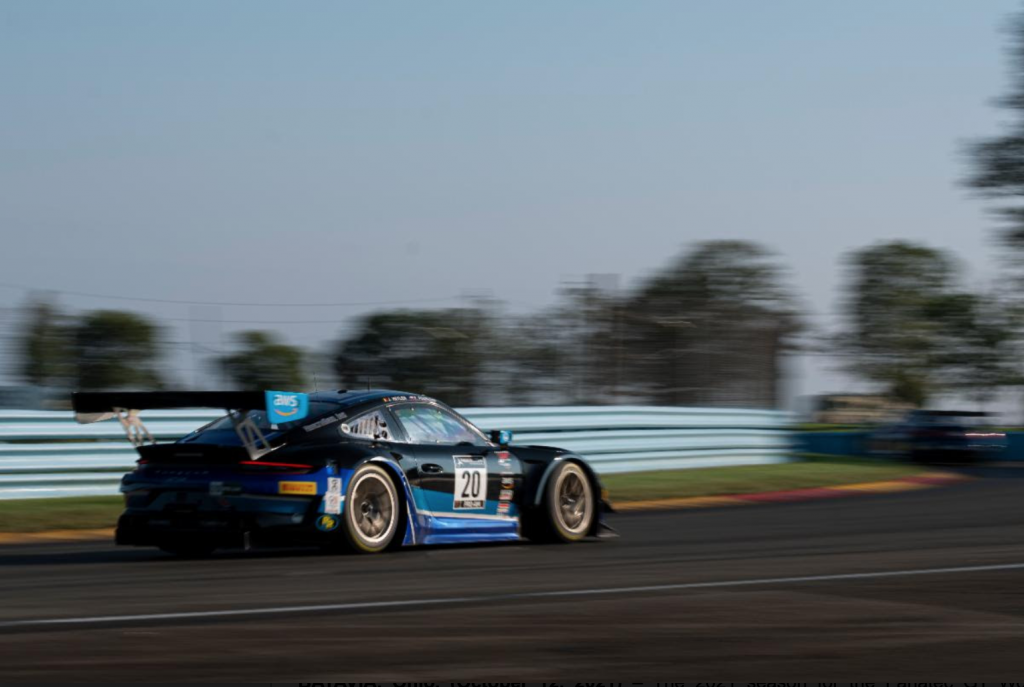 “Our focus for this weekend is no different from any other weekend,” said team owner John Wright. “Our goal is to prepare the cars as best we can and give the drivers all the tools they need to run up front, as they have been all season. It’s all about consistency in our execution, and that focus has served us well here at Wright Motorsports. It’s special to close out the season at a place as historic as Indianapolis Motor Speedway, and we’re excited to get started.”

Fanatec GT World Challenge America
The final battle of SRO America’s headlining series, GT World Challenge America, takes place this weekend, October 15 – 17, in support of the Intercontinental GT Challenge Powered by Pirelli. While Fred Poordad and Jan Heylen have clinched the drivers’ championship, the pair still race to secure the 2021 team championship for Wright Motorsports. With three wins and an additional seven podiums, the pair have had nothing short of a successful season, establishing the No. 20 Wright Motorsports Porsche 911 GT3 R among the elite championship contenders early in the season.

While the American series normally holds two 90-minute races, the final two rounds have been combined to make up the first three hours of the main event, the Indianapolis 8 Hour. Poordad and Heylen will be required to race the first three hours to acquire the final championship points. In order to secure the team title, the No. 20 Porsche will need to place fifth or higher in the Pro/Am class at the three-hour mark. After 120 minutes, the GT World Challenge America season will end, and Max Root, the driver brought in to join the team for the endurance event, will be able to compete for the remaining six hours of the Indianapolis 8 Hour. This will be the second consecutive year that the trio has competed together in the 8 Hour, with Heylen joining full-season drivers Poordad and Root. The three drove to victory in the Silver Cup class, finishing sixth overall, in 2020.

Forty-one cars are set to compete in the joint race, taking the green flag on Sunday, October 17 at 10:00 AM Eastern, airing live on YouTube.com/GTWorld.

Fred Poordad
I am excited to go back to the Indianapolis 8 Hour with Jan Heylen and Max Root. We had fun last year, and this year with even more at stake, we will be ready to go. The large field will make for some excitement and the history and atmosphere at Indianapolis is hard to beat.

Jan Heylen
I’m really looking forward to going to Indianapolis with Wright Motorsports. It sounds like we’re going to have a really nice grid. It’s good to have a high level of competition, so I’m really excited about going and competing against some teams coming from Europe. We have Max Root joining us again, which is great because he always does a stellar job. He already knows me, Fred, and the rest of the team, so we’re going into it with a strong sense of familiarity. We have one championship in the bag, and we’ve got one more to win, the team championship. So, we’ll play the strategy to try and secure another championship. It’s going to be a tough and exciting race. Hopefully we can have a good battle and be there with all the pro cars.

Max Root
I’m super excited to be joining the Wright Motorsport guys, Fred, and Jan for the Indianapolis 8 Hour. We had a great showing last year. We’re going to use what we learned in 2020 and benefit from the development they’ve done on the car all this season to have the best showing for Porsche and Wright Motorsports. I’m motivated to get to compete in such a major event at a historic track, and with a great group of guys. I’m looking forward to it.

GT America presented by aws
Few drivers are as excited as Charlie Luck to race this weekend at Indianapolis Motor Speedway. The driver of the No. 45 Porsche 911 GT3 R has yet to visit the hallowed grounds and will make his IMS debut in his final double-header of the weekend. Through the course of the last 12 races, Luck has demonstrated his talent and growth as a driver, earning seven wins and eleven podiums. His consistency has him placed first not only in the Masters championship but also leading the SRO3 category heading into the two final races.

Round 13 of the GT America presented by aws will take the green flag at Indianapolis Motor Speedway on Friday, October 15 at 4:55 PM Eastern, and the championship will close out with Round 14 on Saturday, October 16 at 12:05 PM. Both races will air live on YouTube.com/GTWorld.

Charlie Luck
I’m super excited about coming to Indianapolis. With all the history and the legacy that is at the track, it’ll be super cool to be at the Brickyard. We’ve never been to this track, so I’ve never seen it, which means it’ll be a learning experience. We’ll want to get started as quickly as possible with the first practice. We’re entering the race battling for the championship, and we will be giving every effort to come home with that. I can’t wait.