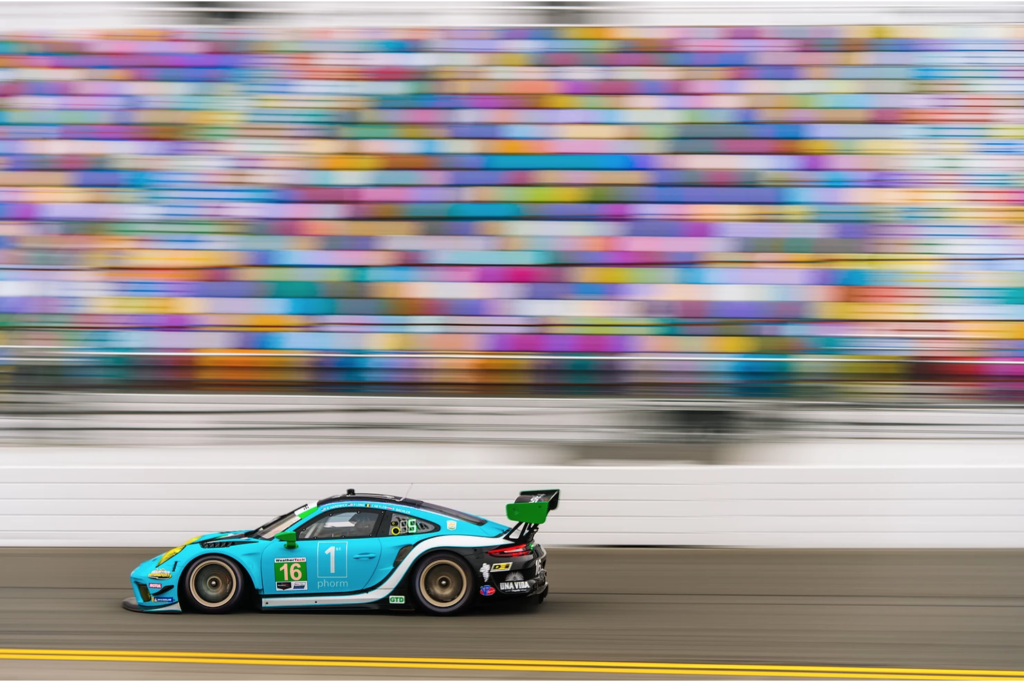 DAYTONA BEACH, Fla., (January 24, 2021) — Exactly 365 days after Black Swan Racing purchased a Porsche 911 GT3 R chassis from Wright Motorsports to run the 2020 Rolex 24 At Daytona, the car is coming back to its previous owner to race on track in Sunday’s Motul Pole Award 100 and next week’s Rolex 24. An incident in night practice resulted in Wright Motorsports needing to acquire a replacement chassis, and just as one team was able to help the other team last year, Black Swan Racing was able to return the favor this weekend.

The No. 540 Porsche 911 GT3 R was slated to run the opening event for the IMSA WeatherTech SportsCar Championship, but the entry was withdrawn following a positive COVID-19 test for team owner and driver Tim Pappas. Luckily for Wright Motorsports, the car remained in Daytona, and immediately following the diagnosis of the No. 16 Porsche 911 GT3 R from Saturday’s incident, owner John Wright had called Pappas.

The team received the car first thing Sunday morning and the crew has been working quickly and methodically to prep the new chassis for this afternoon’s Motul Pole Award 100, which the team still aims to compete in. Although the team captured pole position on Saturday, they will be starting from the rear following the chassis swap. If Saturday’s qualifying session was any indication, the Porsche 911 GT3 R should be a strong contender in the already stacked GTD class. The field will take the green flag at 2:00PM Eastern and can be streamed live on NBC Sports Gold’s TRACKPASS, or imsa.tv for international audiences. A tape-delay of the qualifying race, which will set the grid for the Rolex 24 At Daytona, will air on NBC Sports Network at 4:30PM.

Bringing the story full circle, the Black Swan Racing chassis has not competed since finishing in fifth-place at the 2020 Rolex 24. The rear-engine Porsche will have a chance to add to its success in one of the world’s greatest endurance races on January 30 – 31 with the 59th Running of the Rolex 24 At Daytona.

“We would like to thank Tim for taking our call and helping us out,” said Wright. “We’re so grateful that the car was on site and we were able to get the deal done, get a hold of the car, and get to work quickly. We hope he’s doing well, and we wish him the best.”