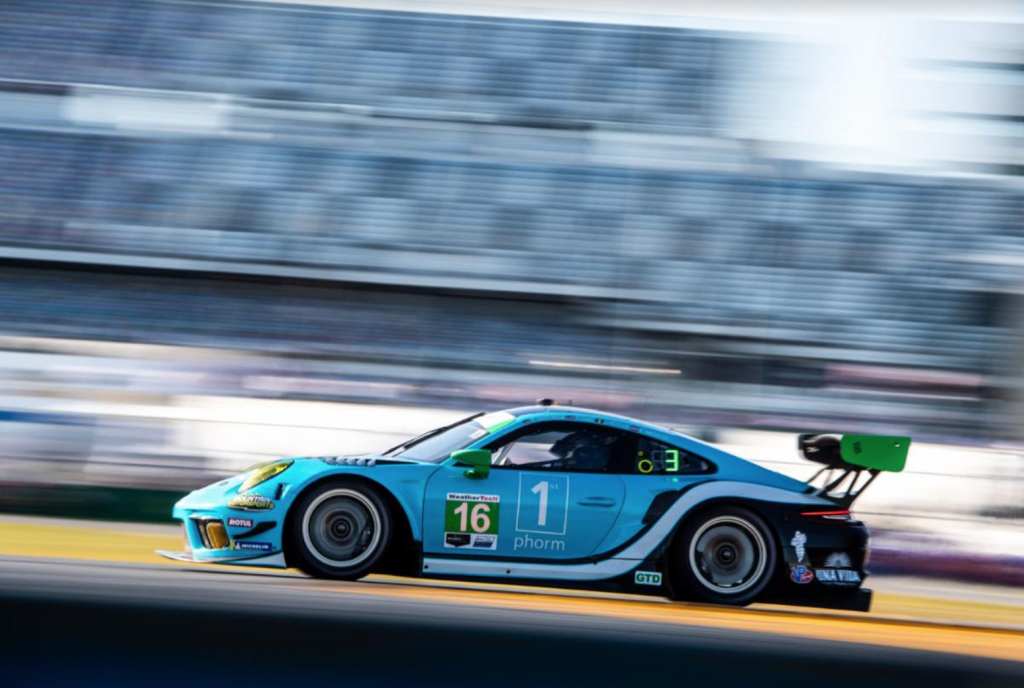 BATAVIA, Ohio., (January 19, 2022) — The IMSA WeatherTech SportsCar Championship’s off-season is officially over this week as all teams begin to set up at Daytona International Speedway for the Roar Before the 24, the first on-track event of the 2022 season. After winning the 2021 Michelin Pilot Challenge team and driver championships in addition to the IMSA WeatherTech Michelin Endurance Cup team and driver championships, Porsche customer racing program Wright Motorsports has great momentum heading into the season start.

“Another race season is here,” said team owner John Wright. “Our hard work and consistency paid in dividends last year across our five racing programs, and this year, we have some titles to defend. We’re proud to run Porsche machinery for another season and to have sponsors like 1st Phorm, Mountain Motorsports, and Una Vida along to support us. We’ve put together a great effort and look to continue and build upon our success into this new season.”

The team will spend almost two weeks at Daytona International Speedway starting this Wednesday with the annual three-day test, the Roar Before the 24. All 61 competitors entered for the 60th running of the endurance classic will have four on-track sessions to test their machinery, providing all four drivers ample time in the cars, and ready the crew for a busy week of pit stops and garage action. On Sunday, January 23, the entire field will participate in a 100-minute race to determine the starting grid for the Rolex 24 At Daytona the following weekend. The Motul Pole Award will begin on Sunday, January 23 at 2:05 pm eastern, airing live on Peacock.

Following the conclusion of the Roar Before the 24, the team will have two days to work in the garages before activities for the Role 24 at Daytona begin on Wednesday, January 26. The field will take the green flag for the 24-hour endurance race on Saturday, January 29 at 1:40 pm Eastern. The race will stream live flag-to-flag on Peacock, the new streaming network for the IMSA WeatherTech SportsCar Championship. The start of the race will also air live on NBC before switching to the USA Network for select hours. For all broadcast information, visit wrightmotorsports.com.