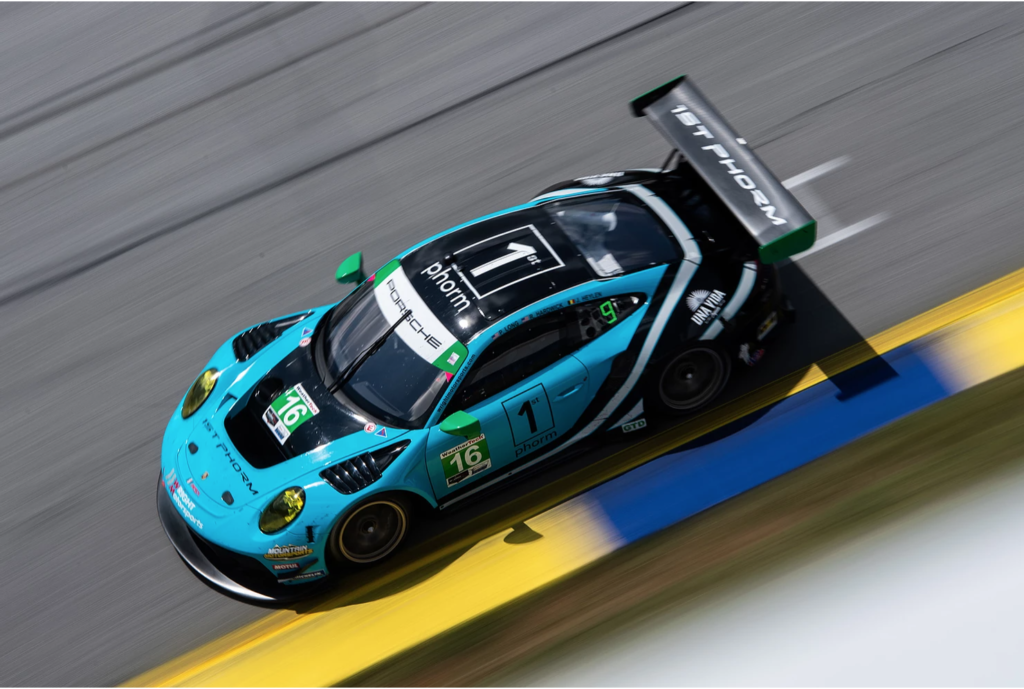 BATAVIA, Ohio. (September 23, 2020) – Following a successful podium run at the TireRack.com Grand Prix At Road Atlanta, Wright Motorsports has little distance to travel this weekend for the next round of the IMSA WeatherTech SportsCar Championship. The Batavia, Ohio-based team will travel 170 miles northeast to Lexington, Ohio for the Acura Sports Car Challenge at Mid-Ohio. In a season filled with top-five finishes, the Porsche 911 GT3 R squad finally achieved their first podium finish of the season, giving the group a surge of momentum heading into their home race weekend.

“There’s an energy that comes with racing on your home track,” said John Wright. “We know this track well and have been racing here for many years. Combine that enthusiasm with our recent success, and we’re more than eager to get this weekend started. Consistency wins championships, and we’re on the hunt for this one.”

The team’s consistency during a tumultuous year has paid off, with drivers Ryan Hardwick and Patrick Long currently tied for fourth place in the GTD driver championship battle, and Wright Motorsports sits tied for third in the team standings. Hardwick has recent previous success at the 2.258-mile circuit, finishing in third in 2019.

With the absence of the LMP2 cars, this weekend’s Sports Car Challenge will host just the DPi, GTLM, and GTD classes. Following the recent withdrawal of the Porsche’s two factory GT Le Mans class entries, the No. 16 Porsche will be the sole Porsche in the 24-car field.

Wright Motorsports will again have a double-series weekend, with Charlie Luck competing in the Porsche GT3 Cup Challenge by Yokohama in the No. 45 Porsche. Following a strong second-place finish in the previous round at Road Atlanta, Luck holds third place in the Master Drivers point standings, just two points away from second place.

New addition Joseph Lombardo will be joining Wright Motorsports team again this weekend after making his 2020 debut at the Road Atlanta doubleheader in the No. 92 Porsche 991. He’s returning to Porsche GT3 Cup Challenge presented by Yokohama after competing in four races in 2019 with Goldcrest Motorsports. Joseph has previous endurance racing experience and more recently, six years of competition in the Pirelli PCA Cup series, winning two National Class Championships in 2016 and 2019.

This weekend’s GT3 Cup Challenge will host the first triple-header of the year, putting additional pressure on competitors and teams to take extra care and execute well in all three races.

All three GT3 Cup Challenge races will air live on imsa.tv beginning with race one on Saturday, September 26 at 9:45AM ET, followed by race two at 3:30PM ET. The series will close out the weekend with race three at 9:20AM ET.

Mid-Ohio is one of my favorite tracks to compete at. I’ve had a lot of success racing there, including a podium finish at last year‘s IMSA WeatherTech championship event. This will also be a hometown race for our Wright Motorsports crew, so I am confident we will have a strong effort, and be pushing for a great result.

Mid-Ohio is a tight track for overtaking, therefore track position is going to pay big dividends. There is usually a lot of tire degradation, so we should be fairly competitive in the long run. We’re going to have to work hard get right up to speed quickly, as time is of the essence and a premium this year. Building off momentum week after week, we want to keep the consistency alive and back it up with another podium. It’s great to be at a home track with Wright Motorsports and I’m excited to have some fans out for the weekend.

To me, the highlight coming into this weekend is a three-race format. Never in the last three and a half years have we had three races in a weekend. I think this is going to put a premium on taking care of the car in all three races, as well as taking care of physical and mental endurance and focus, and I think it’ll also reward consistency. I’m excited about coming to Mid-Ohio. We were fortunate to do some testing and satisfied with how that went. I’m looking forward to having a race with fans in attendance as well. I hope we have good weather and I can’t wait to get back in the car.

Joining Wright Motorsports this year has been an awesome experience. Their professionalism has exceeded my expectations. I look forward to returning to my home track this weekend at Mid-Ohio and continuing to improve under Wright’s driver development system.