Wright Motorsports Ready to Return to IMSA GTD as Champions

Wright Motorsports Ready to Return to IMSA GTD as Champions 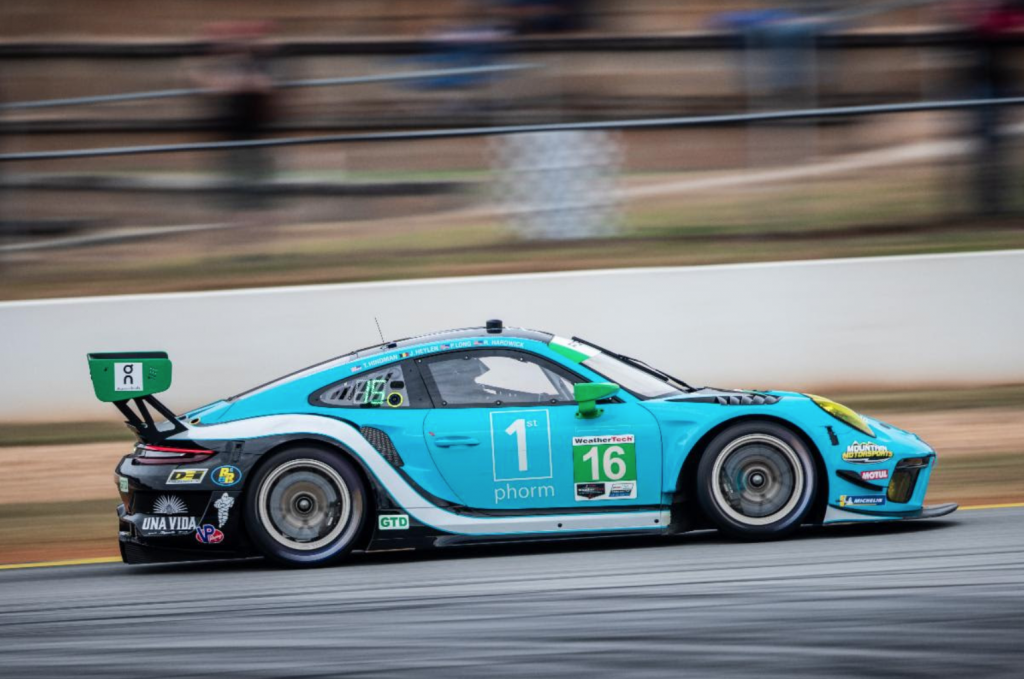 “Though the 2021 season just ended a few weeks ago, we’re already in full preparation mode for 2022,” said Team Owner John Wright. “I’m thrilled to be able to announce that our program is returning with the same support we have from our partners 1st Phorm, Una Vida Tequila, and Mountain Motorsports, with Ryan and Jan as drivers. Ryan Hardwick is a huge part of our team’s success this year, and I’m excited for us to build on that in 2022 with him returning to race in GTD, for a third year with Wright Motorsports. Consistency in excellence and execution has been the focal point of our program for many years, and I’m thrilled to have Ryan and our partners back for a third season together.”

Stability and strong results certainly acted as the team’s foundation to earn championship success in the Michelin Pilot Challenge program. Despite missing the first race of the season, Ryan Hardwick, Jan Heylen, Max Root, and team clinched the 2021 team and driver championship title in November at Michelin Raceway Road Atlanta. With seven podiums, the team only finished outside the top-five once, in what was a tightly contested championship battle.

After securing the title in the No. 16 Porsche 718 Cayman GT4 Clubsport, the pairing will move up to the headlining IMSA series, the WeatherTech SportsCar Championship, racing the No. 16 1st Phorm Porsche 911 GT3 R. The move marks Hardwick’s first full season back in the WeatherTech Championship since 2020, where he and Patrick Long earned eight top-five finishes and came second in the GTD team and driver championship missing the title by a mere two points.

Aiding the team in their defense of the 2021 Michelin Endurance Cup title, the endurance championship within the full-season championship, Hardwick and Heylen will be joined by Zach Robichon, overall drivers’ champion in the 2021 GTD class. From competitor to teammate, Robichon’s successful experience racing Porsche machinery in the GTD class for the last three years gives the team a strong foothold to defend its 2021 Michelin Endurance Cup Championship. The 29-year-old Canadian racer will join the 1st Phorm racing duo at the season opener Rolex 24 At Daytona, the Twelve Hours of Sebring, Six Hours of the Glen, and the season finale of Petit Le Mans.

Including the series-wide pre-season test and qualifying race at the Roar Before the 24, the 2022 IMSA WeatherTech SportsCar Championship calendar will see the GTD class participate in 13 events across North America. The series will return to mostly all of the classic race tracks fans know and love including Daytona International Speedway, Sebring International Raceway, WeatherTech Raceway Laguna Seca, Road America, VIRginia International Raceway, and more. For full schedule and series information, visit imsa.com.

Ryan Hardwick | No. 16 Porsche 911 GT3 R
I couldn’t be more excited to be back with Wright Motorsports and back in the number 16 1st Phorm Porsche GTD car for the entire 2022 IMSA WeatherTech Championship season. The 2021 season didn’t quite go as planned for me personally. After a major setback in Daytona to start the year, I put my entire focus squarely on our Michelin Pilot Challenge GS program, and along with my teammate Jan Heylen, we accomplished our goal of winning the team and driver championships in that series.

Now for 2022, I am directing all my energy and focus back on our primary GTD program. I’m super pumped to share the 16 car again this year with Jan Heylen, who has been by my side ever since I first drove a Porsche GT3 R at the Encore in Sebring way back in 2019.

I’m also excited to welcome Zach Robichon to our team this year! Zach is a fierce competitor, as well as the reigning GTD class champion. He will be a strong addition to our lineup and will no doubt help defend our team’s Michelin Endurance Cup championship title. I can’t wait to get back to Daytona in January. I’ve got some unfinished business to handle at that track and really looking forward to the challenge.

Jan Heylen | No. 16 Porsche 911 GT3 R
I’m really excited, and I know this goes for the whole team, to continue this relationship with Ryan and 1st Phorm. We’re coming off of a strong season in GT4 with Ryan as my teammate, to now go back to a full season with Ryan in GTD. This is something we’re all really excited about. It’s something that as a team we’ve all worked on and looked forward to for some time. Ryan is the guy that is making all this happen, so I’m grateful for this opportunity. This will be my eighth year with Wright Motorsport, and it means a lot to be a part of this team, especially with John Wright and Bobby Vigilone’s support. Patrick Long contributed to this, introducing me to Wright and to Ryan, so I’m very grateful. I’m excited to be kicking off the year with one of my favorite races at Daytona. We have some unfinished business there, with a few podiums but not yet the top step. I’m looking forward to going back and coming away with a good result.

Zacharie Robichon | No. 16 Porsche 911 GT3 R
I’m excited at the opportunity to be joining Wright Motorsports for the 2022 Michelin Endurance Cup races. Their endurance cup championship in 2021 speaks to the level at which this team operates, and I’ll be looking to help them achieve even more success next year. Ryan and Jan will be tough competitors for everyone in the overall GTD championship, and I’ll do everything I can to help them achieve their goals in the overall classification. I’ve spent a few years competing against this team, and I know how strong they are, the opportunity for myself to join this lineup is one I don’t take for granted and the season can’t come soon enough!