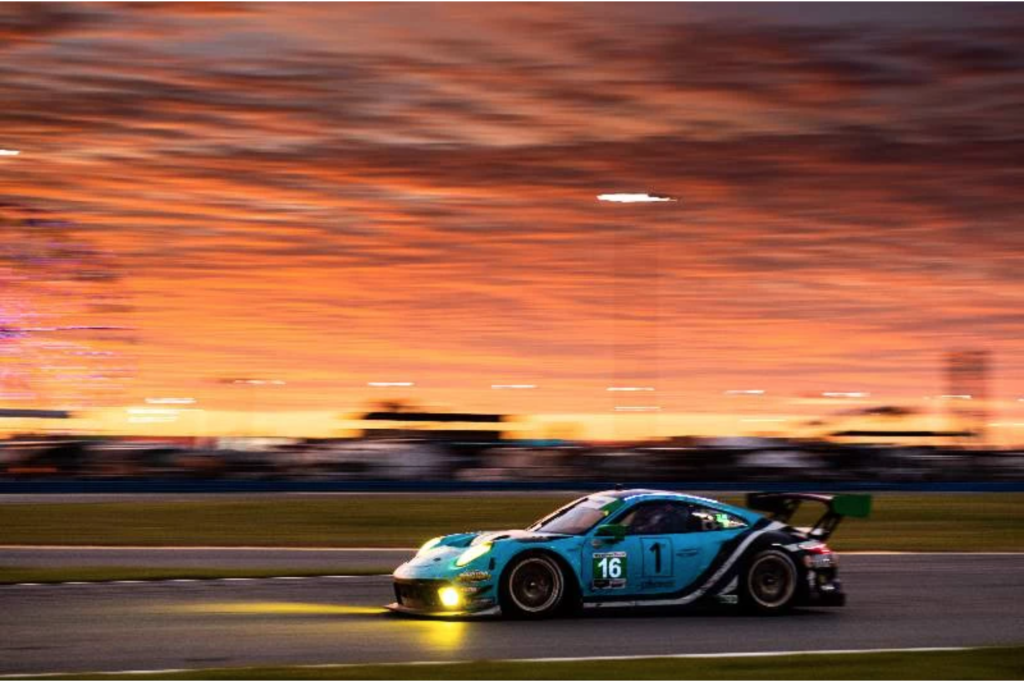 “What a great job by everyone,” said Team Owner John Wright. “I’m so proud of how well everyone performed. We did everything right, but just didn’t have those final seconds of pace in the end. For a new combination of people to run trouble free for 24 hours, and finish within six seconds of the podium is something we should all be proud of.”

Ryan Hardwick took the green flag on Saturday from tenth position in the IMSA WeatherTech GTD class, which is known for being a highly competitive field of sports cars and world class race car drivers. The No. 16 1st Phorm Porsche was shuffled to sixteenth on the start, in an effort to keep the car clean and safe from contact in the opening laps. With the Wright Motorsports spotter watching the competition, Hardwick ran for the first hour and a half, completing 58 laps. Patrick Long took over next, putting on a clinic for the next three and a half hours. He brought the car up to fourth, and Anthony Imperato took the team into the night as the sun descended. He ran as high as third, setting up Klaus Bachler to race directly behind the class leader early into the night.