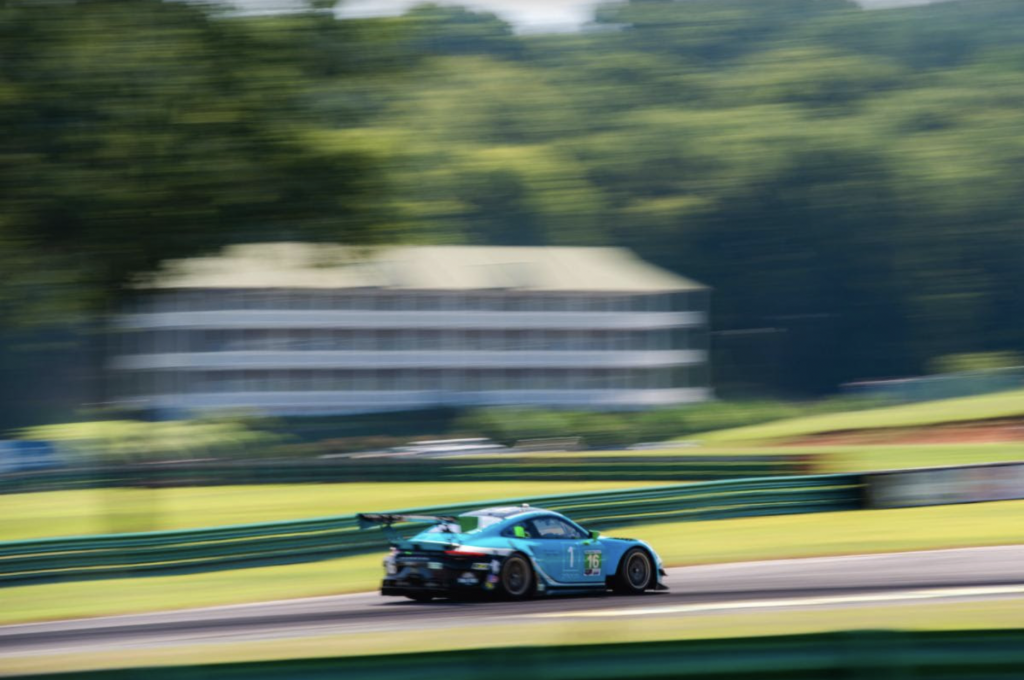 DANVILLE, Vir., (August 28, 2022) – VIRginia International Raceway delivered the most sensational races of the 2022 IMSA WeatherTech SportsCar Championship on Sunday. After another flawless execution by Wright Motorsports, the No. 16 1st Phorm Porsche 911 GT3 R finished fifth, in a race ultimately determined by fuel consumption. Provisionally, the top-five result–the fourth of the season for the Rolex 24 At Daytona winners—places the Porsche customer racing team in third in the GTD class standings.

“I couldn’t be more proud of the effort the team put in this weekend,” said Team Owner John Wright. “Ryan did a heck of a job in his opening stint and handled the temperatures and competition like a champ. Jan took over and drove the wheels off as well, and had us perfectly positioned to take a podium, if not a win, if the fuel game had played out. We’ll take this championship battle to Petit Le Mans and give it all we’ve got.”

The participants of the IMSA WeatherTech SportsCar Championship battled high heat all three days of on-track activities, running in 90-degree Fahrenheit weather with elevated levels of humidity. With the title for each respective championship on the line, each of the 18 entries had no choice but to maximize every effort for any available inch of track position.

As the Am-ranked driver in the Pro/Am lineup, Ryan Hardwick started Sunday’s two hour, 40-minute race from eleventh place in the GTD class. The field with three cars wide into turn one, and Hardwick emerged unscathed, taking the inside to pass the Hardpoint Porsche before exiting turn three. He slid in behind the No. 79 Mercedes of Cooper MacNeil, hoping for a quick opportunity to pass his fellow bronze-rated driver. While MacNeil struggled in his braking zones, he still managed to stay ahead of the blue Porsche. Hardwick wisely bided his time, careful not to make a high-risk move for position and put the championship in jeopardy. His patience brought him to the end of his stint, giving co-diver Jan Heylen a “rocket” to race to the finish with for the remaining two hours.

Heylen joined the race in eleventh, quickly taking advantage of an off-course excursion by Katherine Legge in the Hardpoint Porsche. He gained another position when the points-leading No. 32 Team Korthoff Motorsports Mercedes AMG GT3 slowed on course, eventually pitting for work and rejoining a lap down from the competition. Meanwhile, Heylen charged forward, closing the five-second gap to Jules Gounon in the No. 79 Mercedes.

A full-course caution came out with one hour, 19-minutes remaining, bunching the field back together. The No. 32 Mercedes stayed out on track while the majority of the field pitted for fuel and tires, resulting in the entry gaining the lost lap back. It restarted behind the Wright Porsche, though eventually had to make the required stop for fuel to get to the end of the race. Wright Motorsports pitted for a final splash, rejoining in seventh overall, but positioning the team in the theoretical lead based on fuel capacity and consumption. With 15 minutes remaining in the race, the fuel gods called several cars in for that final splash. Bryan Sellers in the No. 1 BMW M3 GT3 charged towards the No. 16 Wright Porsche as Jan battled with the No. 12 Lexus of Aaron Telitz for the theoretical lead. Each team felt confident that the No. 57 Windward Racing Mercedes and No. 23 Heart of Racing Team Aston Martin fell short on fuel and would pit in the final moments of the race.

However, fate had a different outcome in store. Through Telitz, Sellers, and Heylen engaged in a highly suspenseful battle for the theoretical fuel-lead, in the end, their battle was for the final podium position. The No. 16 Wright Motorsports earned a hard-fought fifth-place result, settling into third place in the GTD team and driver championship point standings going into the finale.

The 2022 IMSA WeatherTech SportsCar Championship concludes with Petit Le Mans at Road Atlanta, October 1. The 10-hour endurance race will have each team bring in a third driver to complete their endurance-race lineup. Zacharie Robichon, who helped drive Wright Motorsports to victory in January’s Rolex 24 At Daytona will return to the 1st Phorm Porsche to join the fight for the GTD title.

Ryan Hardwick
We had an unbelievable team effort today. We made the correct and right call to pit when we did, and our pit crew guys were unbelievable on pit lane; I believe the fastest pit stops yet again. The Aston Martin making it to the end on fuel has baffled the entire paddock. They took a gamble and made it. They will be in the points lead going into Petit Le Mans, but we are not far behind. We still feel confident in our chances and ability to bring home the championship on my home turf in just a few weeks.

Jan Heylen
Overall, it was not a bad a race for the championship. I’m curious to how, same at Mid-Ohio, that the No. 27 can go as long as they did with the pace they were running. I am super proud of the team. We had a perfect strategy for starting where we did. The car was good. I don’t think we could have done anything differently. We could have maybe taken a little more risk in the race, but you are running for a championship, so you have to think about all of those things. Overall, we need to be happy with the result, but of course I’m disappointed we were so close to a podium and didn’t get there.