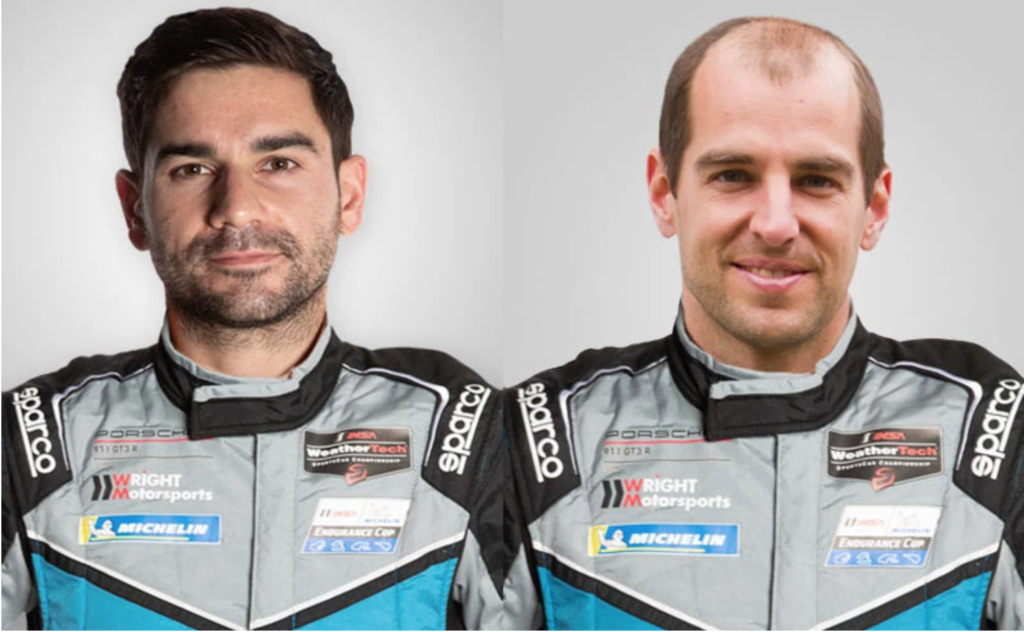 BATAVIA, Ohio, (February 28, 2020) – After previously announcing the purchase of two Porsche 911 GT3 R cars for the IMSA WeatherTech SportsCar Championship, Wright Motorsports will now enter the second Porsche in the WeatherTech Sprint Cup, beginning with April’s Grand Prix of Long Beach. Anthony Imperato, who is also racing in the No. 16 Wright Motorsports 1st Phorm Porsche for the four endurance races on the calendar, will be joined in the No. 91 Henry Repeating Arms Porsche with sports car racing veteran Jeroen Bleekemolen.

“We’re excited to be getting our second Porsche on track to begin the WeatherTech Sprint Cup championship,” said Team Owner John Wright. “Anthony has done a great job in the endurance side of our program, and after Sebring, he’ll now get to run the Sprint events in his own car. Jeroen will be a fantastic addition to the program as our Pro driver, and we expect to be strong contenders for the title.”

Imperato started the season with the Rolex 24 at Daytona, where he, Patrick Long, Ryan Hardwick, and Klaus Bachler earned a fourth place finish in the No. 16 car. Next month, Long, Hardwick, and Imperato will compete in the Twelve Hours of Sebring at Sebring International Raceway, the second of four endurance events on the IMSA WeatherTech SportsCar calendar. The eight WeatherTech Sprint Cup events will include two street circuits and six of North America’s most prestigious road courses.

“I’m looking forward to the IMSA Sprint Cup season with Wright Motorsports in the Henry Repeating Arms Porsche,” said Imperato. “It’s an awesome opportunity to be driving with Jeroen. He will be a great addition to the team, and I think we will have some success this year. I can’t wait to get started in Long Beach.”

Jeroen Bleekemolen will bring a wealth of sports car racing experience to the team, holding professional sports car racing wins from all over the world. The 2008 and 2009 Porsche Supercup Champion also holds wins at the 24 Hours of Le Mans as well as other 24 hour events including Nürburgring, Dubai, and Circuit of the Americas. The two time American Le Mans Series GTC champion, and three time North American Endurance champion has also clinched wins at iconic events such as the Twelve Hours of Sebring, Bathurst and Abu Dhabi.

“It’s great to be able to join Wright Motorsports and Anthony for the IMSA GTD Sprint Cup,” said Bleekemolen. “I have raced against Wright a lot, so I know just how good the team is. Anthony has been showing great speed and development, it will be nice to work together. I really like the sprint race calendar with some classic track and events. The competition will be very hard but we should be able to fight at the front of the field. I’m really excited to get started at Long Beach.”

Henry Repeating Arms, one of the leading rifle and shotgun manufacturers in the United States, will return as Imperato’s primary sponsor for 2020. The company is also known for its charitable endeavors under its Guns For Great Causes program, which focuses on sick children, both individual cases and children’s hospitals, veteran and wounded veteran organizations, Second Amendment and wildlife conservation organizations.

The streets of Long Beach, California will host the Grand Prix of Long Beach April 17-18. The DPi, GTLM, and GTD classes will run for one hour, 40 minutes on the tight and challenging temporary street course. The race will air Saturday, April 18th at 5:00PM eastern on NBCSN.