Wright Motorsports Captures Podium in Sahlen’s 120 at the Glen

Wright Motorsports Captures Podium in Sahlen’s 120 at the Glen 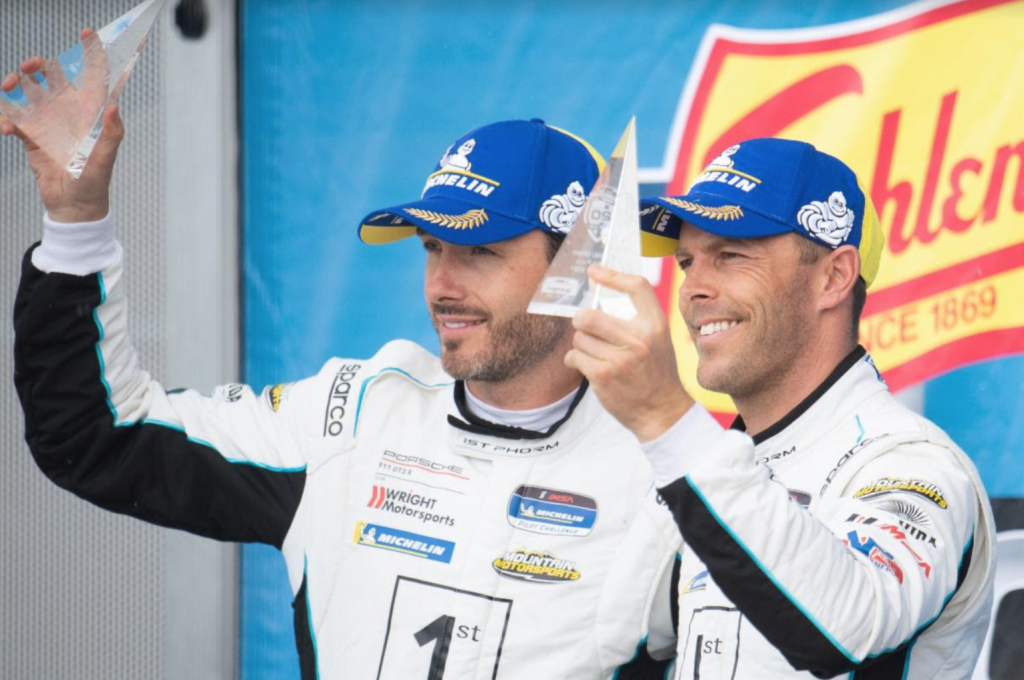 “Our second straight weekend at Watkins Glen International was a good points weekend,” said Team Owner John Wright. “We’re still hungry for that first win, but our consistency in securing second-place finishes plays into our hands well. We had some mixed conditions for this race and put in a good fight in the end. Everyone in our program did a great job executing.”

Ryan Hardwick took the green flag from the second position under sunny skies, but it was only a matter of time until the skies grew dark and light rain sprinkles started to fall on the course. The first 20 minutes of the race ran under caution to clean up a disabled car and spilled fuel on track. The race eventually went green, and Hardwick settled into the top three, staying there for the entirety of his sixty-five-minute stint. The No. 16 came in for fresh tires, a tank of fuel, and a new driver, with Jan Heylen taking over the Porsche for the second half of the race.

He joined the race in third behind Bill Auberlen and Trent Hindman, allowing the top-two cars to fight it out while he hung back and saved fuel. Hindman, not as lucky on the fuel game, pitted from second place with 17 minutes to go. Heylen assumed second place and was able to close the gap to the leader as a caution period came out with 13 minutes to go so that the safety workers could pull a car out of the gravel. The field went back to green with just a handful of laps remaining. Heylen and Auberlen engaged in a nail-biting lap for the lead, but in the end, Auberlen took the win by just 0.6 seconds. The Wright Motorsports strategy earned the Porsche yet another podium, gaining valuable points to go towards the 2021 title fight.

The next battle for the championship title of the Michelin Pilot Challenge takes place in just two weeks’ time at Lime Rock Park in Lakeville, Connecticut. The Lime Rock Park 120 will include another two-hour sprint race, on Saturday, July 17 at 11:05 AM ET, live on TRACKPASS. For full event information, visit imsa.com.

Ryan Hardwick
Another second-place finish makes three so far this year. We had a good chance there right at the end. Jan and the No. 95 were racing each other hard and clean. Our win is coming one day soon. It’s good to finish second, and we have a lot of consistency, but it sure would be nice to get that win. I want to thank our team: they made a great car, and it was strong in qualifying and in the race. I’m really looking forward to Lime Rock Park. I think we should be really strong there.

Jan Heylen
Overall, it was a good race and a good points day again. Ryan drove a solid stint, and we played it well on strategy, with me saving some fuel for the majority of my stint. We were able to push at the end. The right opportunity to overtake just wasn’t there and Bill Auberlen was good in the damp parts of the track. I think we would have been a little better if it stayed completely dry, but it was a good result for us. It’ll move us well up in the championship, though we still lost some points to the BMW.