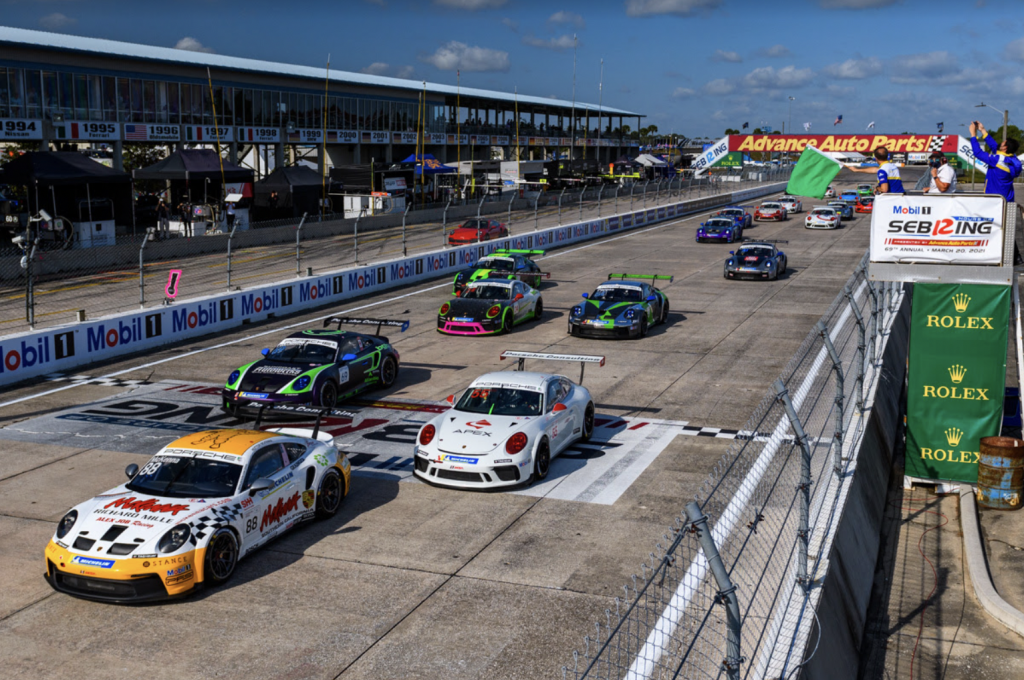 BATAVIA, Ohio, (March 9, 2022) – Wright Motorsports, the longtime Porsche customer racing team, will return for another season in the Porsche Carrera Cup North America Presented by the Cayman Islands. The veteran Porsche one-make race series participant will be entering a three-car effort with drivers Varun Choksey, John Goetz, and Hutton McKenna. The 2022 season for the thrilling single-make championship kicks off next weekend at Sebring International Raceway in support of the IMSA WeatherTech SportsCar Championship’s Twelve Hours of Sebring.

“It’s always exciting to begin a new season in the Porsche Carrera Cup series,” said Team Owner John Wright. “This is a great platform for both up-and-coming drivers as well as established gentlemen drivers. It provides a great avenue for competitive racing, and we’ve put together another strong group of drivers. It’s going to be a great season!”

Sanctioned by the International Motorsports Association (IMSA) and managed by Porsche Motorsport North America (PMNA), the one-make series is in its second year, holding 16 rounds at eight iconic venues across North America. The events will host two 40-minute races each weekend, beginning next week in Sebring, and concluding in October at Michelin Raceway Road Atlanta.

Wright Motorsports is no stranger to racing in Porsche’s top one-make series on the continent, having used the Carrera Cup predecessor for many years as a jumping stone to the team’s other championship-winning professional sports car racing efforts across North America.

Running the No.13 Porsche in the Pro class, Wright newcomer Varun Choksey will be a new competitor to watch this season. Choksey comes from the Formula Regional Americas Championship. Last season, he earned six podiums, finishing fourth in the championship standings. The 25-year-old American driver began racing at age 12 in go-karting and has since raced in the Toyo Tires F1600 series in Canada, and the F4 US championship.

“I’m very excited to be driving for Wright Motorsports in Carrera Cup North America this year,” said Choksey. “The team has been very welcoming these last few months, and I’m looking forward to a successful season with them this year.”

The 2021 season brought Pro-Am-class driver John Goetz back to Wright Motorsports after a five-year hiatus, and the gentleman racer wasted no time getting up to speed. In ten rounds, he earned 11 top-five finishes, celebrating three podiums. This season, Goetz will race the No. 57 Porsche in the Am class.

“I’m looking forward to another year working with the Wright team in Carrera Cup,” said Goetz. “The excellent execution on all aspects of racing makes running with them a challenging pleasure. I’m hoping I can take my performance up a notch and be worthy of the coaching and mechanical effort that they put in. Also looking forward to learning from the pros on my team, Hutton, and Varun. I’ve really enjoyed the friendships that we have among the whole team.”

After earning four top-ten finishes last season, Hutton McKenna will return to the No. 88 Porsche for the 2022 season. Last year, the son of IMSA race winner Danny McKenna, stepped up from the Porsche Trophy West USA to race in the inaugural season of the Carrera Cup series and will race again this year in the Pro class.

The team recently completed a series-wide test at Sebring International Raceway in preparation for the season’s first event next weekend. Choksey led the team charge in the Pro class, placing seventh in the Pro class, followed by McKenna in 12th, and Goetz third in the Am class. On-track sessions will begin on Wednesday, March 16, followed by races one and two taking place on Thursday, March 17 at 9:15 am and 1:35 pm Eastern. Fans can follow live timing and a live race stream on the official series website, porschecarreracup.us, and IMSA Radio will offer live, comprehensive coverage here.