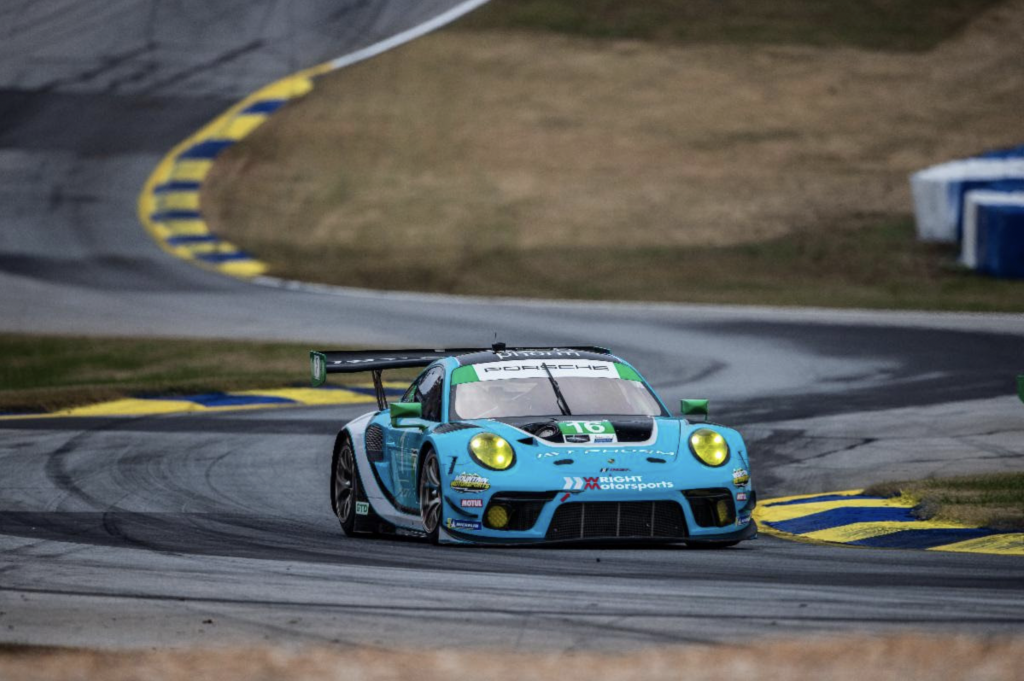 BATAVIA, Ohio. (December 14, 2022) – The highly-anticipated 61st Rolex 24 At Daytona will kick off the 2023 IMSA WeatherTech SportsCar Championship next month, and Wright Motorsports has assembled another impressive lineup to defend last year’s unforgettable victory. Ryan Hardwick, Jan Heylen, and Zacharie Robichon all return to the Wright Motorsports No. 16 1st Phorm Porsche 911 GT3 R (type 992) in defense of the win and will be joined by veteran Wright driver Dennis Olsen.

The full-season entry will begin the year with the longest race on the 2023 IMSA WeatherTech calendar and the first of four endurance races. As Olsen returns to the team for January’s Rolex 24 only, the fight for the IMSA Michelin Endurance Cup title will be in the hands of Hardwick, Heylen, and Robichon for the three other endurance races of the 2023 season. Announcements for the seven IMSA WeatherTech Sprint races will follow at a later date.

The trio, then joined by Porsche factory driver Richard Lietz, were a critical part to the team’s Rolex 24 victory last year, leading 258 of 761 laps. The impressive performance set the tone for another championship-contending season where the team ultimately finished second in the GTD class.

New to 2023 for Wright Motorsports is a technical partnership with Motul. The two brands will work together to develop further products such as iconic 300V engine oil, RBF 700 brake fluids, gear oils, and other performance lubricants/chemicals. In addition to Wright Motorsports utilizing Motul lubricants on the No. 16 Porsche, the French lubricant’s company has also formed a partnership with Ryan Hardwick’s Mountain Motorsports, one of the largest retailers of motorcycle and powersports vehicles in the nation. Motul has been a strong supporter of other privateer Porsche programs having supported championship-winning 911 GT3 Rs for the last two years.

The brand-new No. 16 1st Phorm Porsche 911 GT3 R (type 992) will begin the 2023 season at Daytona International Speedway, January 20-22 with the Roar Before the 24, the first full-field test for the IMSA WeatherTech SportsCar Championship competitors. All teams will have five on-track sessions to shake down their cars before qualifying on the final day. The following week will be filled with official practice sessions in anticipation of the start of the Rolex 24 At Daytona on Saturday, January 28 at 1:40 PM ET. The 61st running of the event will air live, flag-to-flag on Peacock. For more information, visit wrightmotorsports.com.