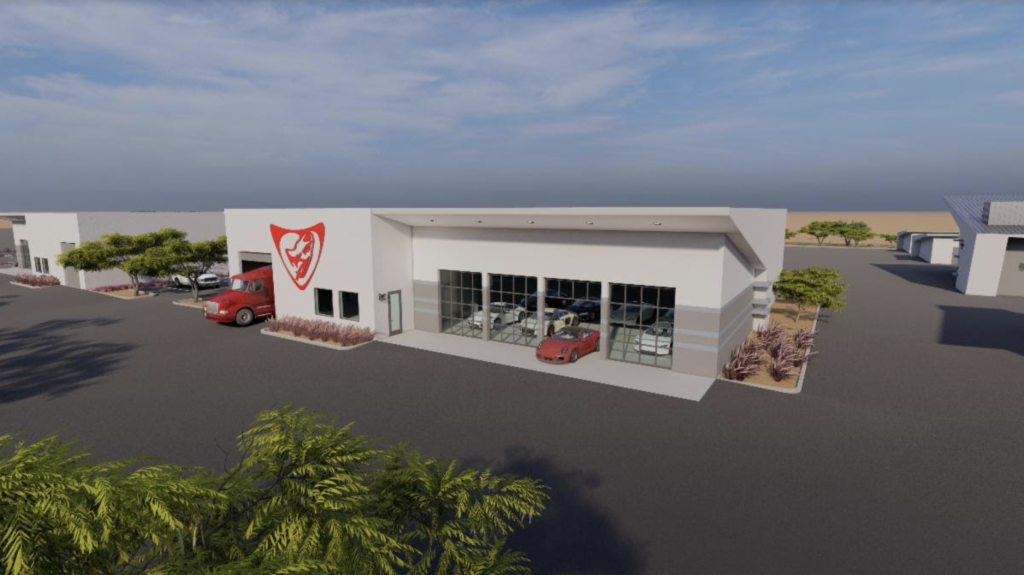 SONOMA, Calif., (September 1, 2022) – For the almost the last two decades, the headquarters of 10-time sports car racing champions Flying Lizard Motorsports have been located at Sonoma Raceway in the southern Sonoma Mountains of California. Beginning next fall, the Lizards will move their central operations to the metropolitan area of Phoenix, Arizona to a brand-new facility at Apex Motor Club.

“Sonoma has been an amazing home for us, but as our team continues to grow, our organization needs a central headquarters with room to grow, and the Apex facility perfectly fits the bill,” said Program Manager Darren Law. “Apex is really an ideal location for us because both myself and one of my business partners, Tommy Sadler, live locally. The racing community in the area is larger than one would expect, and it is rare that a race facility is in a location such as this.”

When successful businessman Seth Neiman founded Flying Lizard in late 2003, he planted the headquarters in two adjacent 3,000-square-foot shops at Sonoma Raceway. Neiman had a 10-year plan for his professional sports car racing team, which entered the American Le Mans Series in professional competition in 2004. Under Neiman’s ownership, the team earned three team and three driver championship titles before he sold the team to longtime team members Darren Law, Thomas Blam, and Tommy Sadler. With the new ownership, the team shifted to a customer racing program, expanding from a one-series effort to running competitive teams in six championships. To date, Flying Lizard-managed programs have won 16 professional sports car racing team and driver championships. Presently the Lizards operate the various programs out of four separate shops at Sonoma Raceway, which can be challenging logistically with the various programs.

As the team approaches its 20-year milestone, the operation will move the majority of its operations to Maricopa, Arizona into a pristine 15,000-square-foot building, located trackside at the Apex Motor Club. Flying Lizard will determine their California presence beyond the 2023 season after they take possession of the new facility late next year. With construction on the new race building not being completed until then, it will give the team time to plan and organize a smooth transition to the new central headquarters for its various sports car racing programs. The new location will also allow the Lizards to easily offer on-track testing and arrive-and-drive opportunities for both professional and amateur customers. Just 35 minutes southwest of the Phoenix Sky Harbor Airport and Phoenix-Mesa Gateway Airport, the new shop will sit less than an hour’s drive from downtown Phoenix and downtown Scottsdale.

“We couldn’t be more excited to welcome Flying Lizard to Apex,” said Matt Williams, Managing Partner and Vice President at Apex Motor Club. “Our development has always been about being the best, and our association with the Lizards is one more instance of that. We look forward to working cooperatively with the Lizards on the final design of our second track as well as utilizing their input on member activities and driver education.”

Currently under Phase One of a two-phase program, Apex Motor Club is already a destination for privateer teams and public track day programs. The 2.27-mile circuit with a 3,400-foot straightaway will eventually become a 4.20-mile, 22-turn, multiple-configuration circuit, sitting on Apex’s 280-acre property. The Lizards will also work with the facility as the development of the property continues, providing valuable input as a successful customer racing program.

“This is a great move for Flying Lizard,” concluded Law. “Our program has seen a lot of changes over the last few years, and it has only made our business more successful. It will be great to have all our cars and programs under one roof and in a brand new and popular facility!“