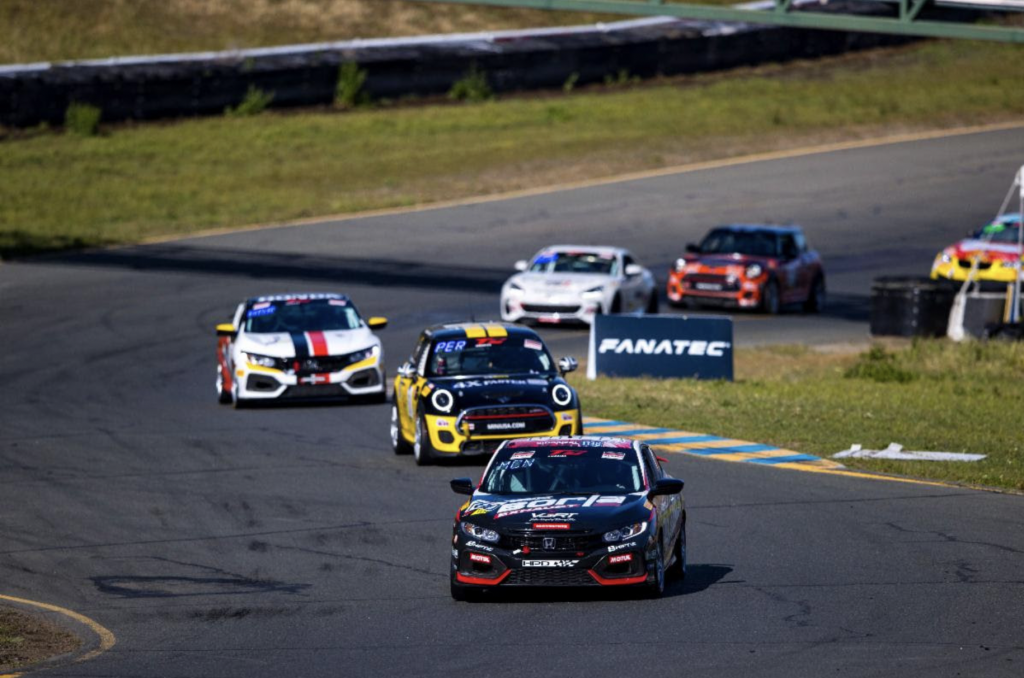 McNulty finished the 2021 season with 68 points, a significant step toward her goal to be the first woman to win the overall championship. After a strong weekend, she’s already fourth in the championship with 20 points.

“We had a great weekend. I’m proud to work with Sally,” said Victor Gonzales, Jr. “We showed that she belongs in that front pack. We will keep working to get her a better car for her driving style. She did great. We’re proud! Two top fives! I think that’s awesome.”

TC America Race One
Abrupt weather changes on Friday morning made for a difficult qualifying session. With the group on slicks when rain came in, TC America was only able to complete two full green laps due to multiple incidents. While McNulty was happy with a sixth in class starting position, series procedures during such situations reverted the starting grid positions to practice two’s lap times, moving her up to fifth for the race start. McNulty’s consistency throughout the race created a large gap between herself and the pack behind her. Focused forward, she earned a top-five finish.

TC America Race Two
With the grid being based on race one’s fastest lap times, McNulty’s Saturday steadiness earmarked a sixth in class starting position on Sunday. As overall race leaders began to mix with the back of the field, she used this to her advantage to close the gap to Cristian Perocarpi in the No. 61 MINI Cooper JCW. In the final lap of the race, Perocarpi suffered a mechanical issue and McNulty claimed another TCA class finish in fifth.

McNulty makes her way to Missouri May 20-22 as TC America heads to the brand-new track, Ozarks International Raceway, for rounds three and four. For more information, visit www.tcamerica.us.

DRIVER QUOTE
Sally McNulty
I came into this weekend with hopes of just getting into the top five, being fast, and being consistent. I’ve had a lot on my plate starting with a brand-new car. Once we got past some electrical problems and figured out how to deal with the car losing throttle on the out lap, we could run the rest of the race. We definitely wanted to show pace and I think we were able to. We are really looking to win the season championship and the best way to win is being consistent and always scoring points, and being in the top five every single race. We’re going to strive really hard for that and I think we did a good job this weekend.