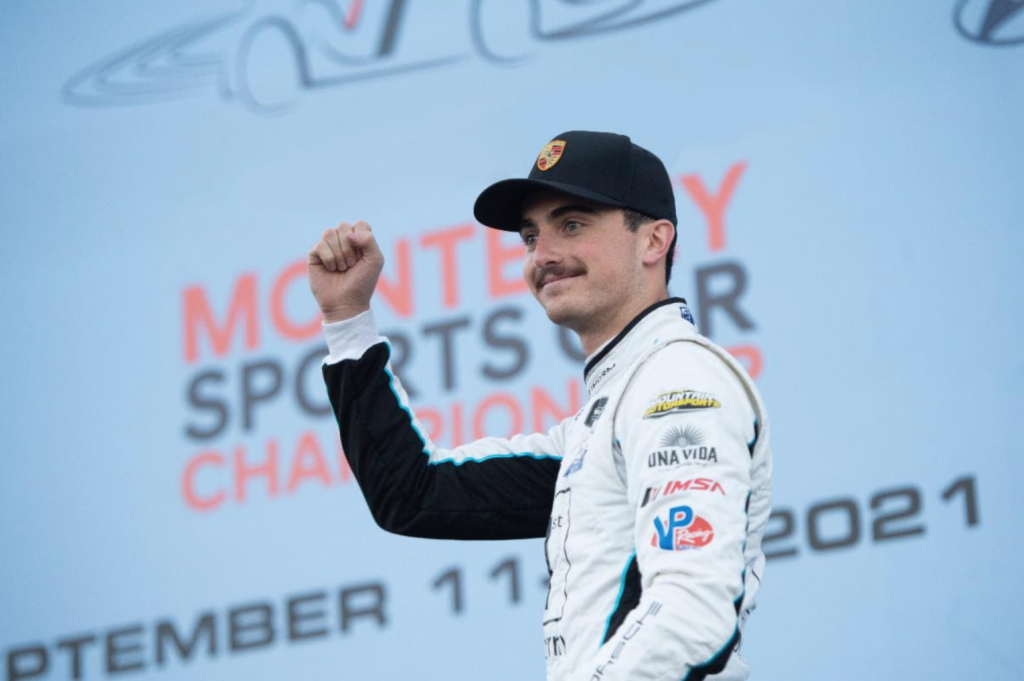 BATAVIA, Ohio. (October 8, 2021) – The season finale of the Fanatec GT World Challenge America presented by aws takes place October 15 – 17 at the Indianapolis Motor Speedway, and Wright Motorsports has completed its driver lineup for the eight-hour endurance event. Fred Poordad and Jan Heylen, the 2021 Pro/Am Driver Champions, will be joined by 2020 Champion Max Root for the SRO Indianapolis 8 Hour in the No. 20 Porsche 911 GT3 R.

“In both our Porsche Carrera Cup North America and our Michelin Pilot Challenge efforts, Max has been a great asset to our team,” said Team Owner John Wright. “He’s always stepped up to the plate and delivered when we’ve called him in, and we’re thrilled to have him back in the SRO America program to go for another win at the Indianapolis 8 Hour.”

Fred Poordad and Max Root secured the Silver Class victory in the 2020 running of the event, closing out their season as the GT World Challenge Pro/Am champions. The pair earned 11 podiums in 11 races, clinching seven victories with Wright Motorsports.

“I’m super excited to be joining the Wright Motorsport guys, Fred, and Jan for the Indianapolis 8 Hour,” said Root. “We had a great showing last year. We’re going to use what we learned last year and benefit from the development they’ve done on the car all this season to have the best showing for Porsche and Wright Motorsports. I’m excited to get to the event at a historic track, and with a great group of guys. I’m looking forward to it.”

This year, the young Californian has earned three top-five finishes in Porsche Carrera Cup North America presented by the Cayman Islands. Subbing twice for Ryan Hardwick in the Michelin Pilot Challenge, Root has raced alongside Heylen in the No. 16 Porsche 718 Cayman GT4 Clubsport to earn a second-place finish at Sebring International Raceway and a win most recently at WeatherTech Raceway Laguna Seca.

The Indianapolis 8 Hour will begin on Sunday, October 17 at 10:00 AM Eastern, live on YouTube.com/GTWorld. The Wright Motorsports event preview, with full event information, will post next week.