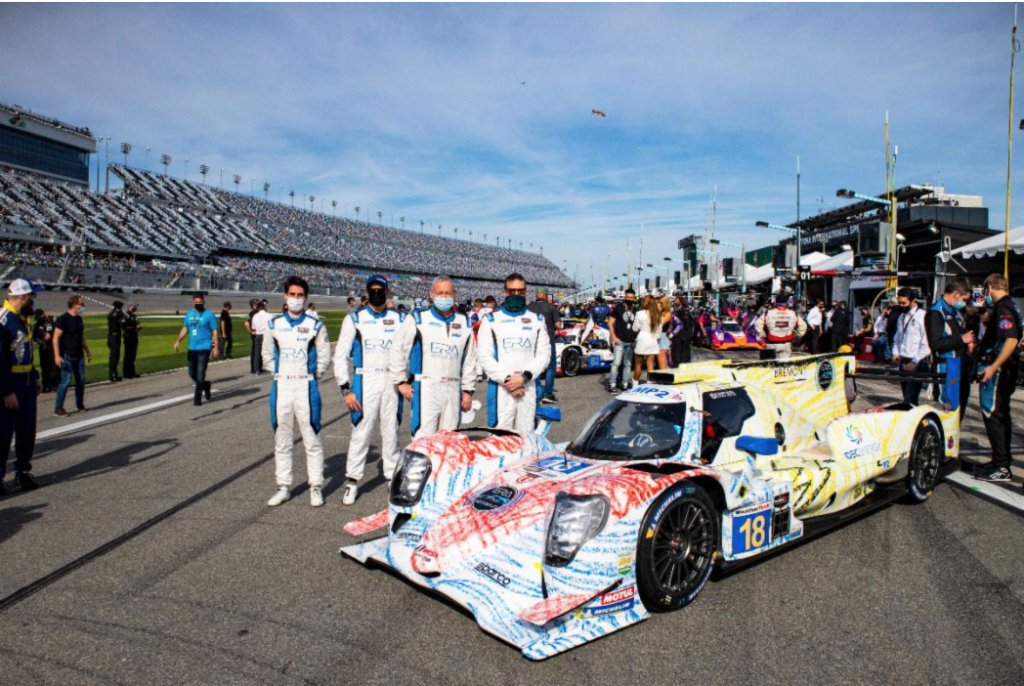 INDIANAPOLIS, Ind., (February 8, 2021) – Era Motorsport, recently crowned winner of the Rolex 24 At Daytona, has committed to the entire 2021 IMSA WeatherTech SportsCar Championship, competing in the LMP2 class in the No. 18 Oreca. Drivers Kyle Tilley and Dwight Merriman will race the seven-round championship and be joined by Ryan Dalziel for the remaining three North American Endurance Cup events.

“I’m thrilled to be able to announce our full-season effort,” said team owner and driver Kyle Tilley. “Our season last year was cut short, but it looks like we’ll certainly be making up for the lost track time in 2021. We had a strong run in last year’s Rolex 24 at Daytona, which was our first IMSA race as a team. This year, we won, which felt like an incredible feat considering how competitive the field was this year. It still hasn’t settled in yet. We had decided before the race that we’d enter the full season, and starting the season off with winning the biggest race of the year is just further motivation to run the entire schedule.”

The team made their IMSA WeatherTech SportsCar Championship debut last January, finishing third in their first-ever professional sports car endurance race, the Rolex 24 At Daytona. In their three races to follow, the team landed on the podium each time, showing consistent growth that will benefit them as they build on 2020’s efforts for the upcoming season. The team clinched their first IMSA WeatherTech SportsCar Championship victory last week at the Rolex 24 at Daytona, after a harrowing final stint battle of strategy.

In addition to running the full LMP2 schedule in the IMSA WeatherTech Series, the team has also announced Tilley and Merriman will compete in the 2021 Asian Le Mans Series with Andreas Laskaratos as the third driver in the No. 18 Oreca LMP2. The four-round championship begins this weekend at the Dubai Autodrome in Dubai, United Arab Emirates, February 13. For more information, visit asianlemanseries.com.

The next race for the 2021 IMSA WeatherTech SportsCar Championship will be the Mobil 1 Twelve Hours of Sebring Presented by Advance Auto Parts, March 17-20. The 12-hour endurance race will be the second round in the North American Endurance Cup, a four-race endurance championship within the seven-race LMP2 championship. For more schedule information, visit imsa.com.