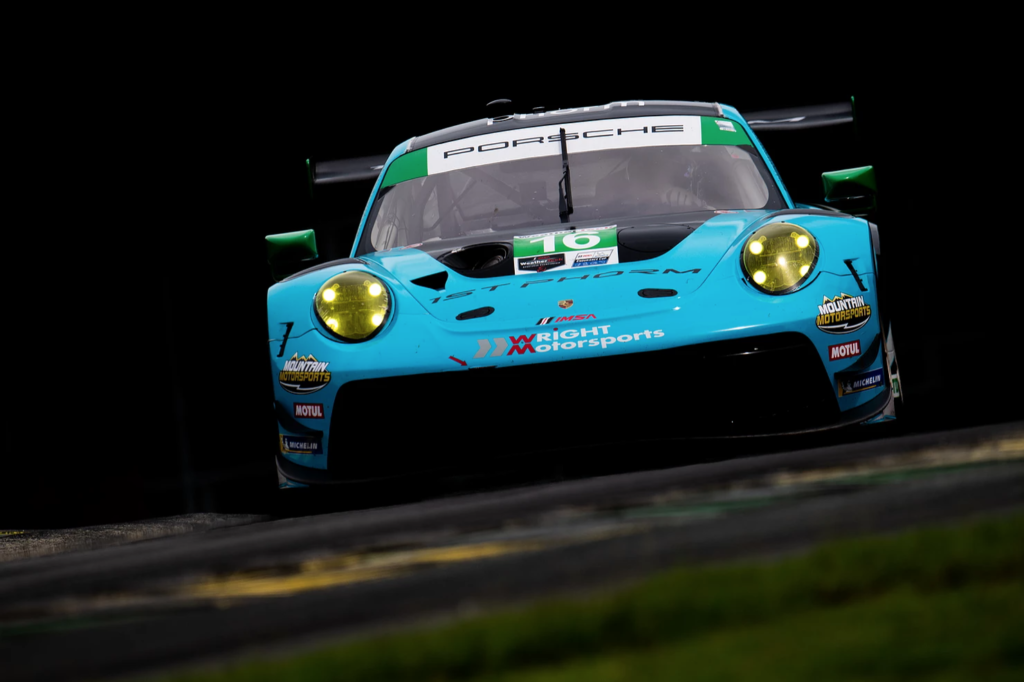 “It’s great to have Jan back with us in GTD,” said Team Owner John Wright. “We’ve had some great races with him in years past, including a podium finish at the Rolex 24 At Daytona. He’ll be a strong addition to our full-time drivers, and with six hours of racing, we’re looking to have a well-executed run at Road Atlanta. We’ve barely put a wheel wrong all season, and this weekend, that kind of perfection can pay off in a big way during an endurance race.”

Heylen last raced in the GTD class with Wright Motorsports in the 2019 IMSA Encore at Sebring International Raceway, finishing second with Hardwick and Max Root. Heylen has had a successful run with Wright Motorsports, earning podium finishes at the Rolex 24 At Daytona and Petit Le Mans his last full-season IMSA season with the team in 2014. More recently, he raced with the team in the 2017 Pirelli World Challenge and currently coaches in the team’s Porsche GT3 Cup USA efforts.

Wright Motorsports has contested an almost perfect performance in what has been an unusual season. The pair of Hardwick and Long have finished in the top five for four of the five races so far in a highly competitive GTD field. With almost half of the championship complete, Wright Motorsports sits fifth in the GTD team standings, just four points away from the top-three. The Ohio-based team has consistently out-performed other competitors in pit lane, a crucial key to success for the endurance races.

The TireRack.com Grand Prix At Michelin Raceway Road Atlanta is replacing the Sahlen’s Six Hours of the Glen, one of the many schedule changes or cancellations resulting from the COVID-19 pandemic. The 28-car field will take the green flag on Saturday, September 5th at 11:35AM ET, and race to the checker flag at 5:35PM ET. Each driver will need to complete no less than 90 minutes and no more than four hours in order for the team to score points.

The TireRack.com Grand Prix At Michelin Raceway Road Atlanta will air live on NBC Sports Network Saturday, September 5th from 11:30AM to 12:00PM, then continue from 2:30PM to 6:00PM. Subscribers to NBC Sports Gold TRACKPASS can stream the race live in its entirety, and also listen to IMSA Radio for comprehensive live coverage of the race and qualifying.

After a strong weekend at the VIRginia International Raceway double header, Charlie Luck and the No. 45 Porsche sit third in the Masters points championship, with four races complete and still 12 rounds remaining. Michelin Raceway Road Atlanta will host rounds five and six, each 45 minutes. Both races will air live on imsa.tv, Saturday, September 5th at 9:30AM ET and Sunday, September 6th at 8:00AM ET. The event will also air tape-delayed on September 16th at 5:00PM ET.

I am super excited about finally competing in an IMSA WeatherTech Championship race at my home track! I’ve lived and worked in the Atlanta area for most of my adult life, and it will feel great to finally race in a premier IMSA event here at Road Atlanta. I also think our Wright Motorsports team will continue to shine in these upcoming endurance races. These long races are more about how the entire team prepares and performs, and I don’t think there will be a more prepared team in the paddock this weekend. I’m also extremely pumped to welcome Jan Heylen on board as our third driver for the endurance races. Jan knows the Porsche inside and out, and he’s an incredibly fast and skilled driver. The addition of Jan gives us a very strong driver lineup for these long races, and I can’t wait to see what we can accomplish together.

It’s been nearly two years since I have run in a race at Road Atlanta. I am hungry to get back there, as I feel it’s one of the most old school and challenging circuits in the world. My goal is to continue to build on our momentum from the last few IMSA rounds, and with six hours of racing, I feel this will help play into our strengths as an organization.

It’s really nice to be back with the Wright Motorsports in GTD. I’m looking forward to driving with Ryan Hardwick again, after finishing second together at the Sebring Encore last year. It was a really good experience working with Ryan, and hopefully we can pick up where we left off. After being best friends with Patrick Long for almost 25 years, this will be my first time sharing the car with him, which is really exciting. We go so far back, it would be really nice to have a good race with him and the team. I’ve been with Wright for maybe seven years now, and it’ll be nice to be racing with the family back in GTD. There will be a steep learning curve, as we don’t have a ton of time in the car before the race. But I’ve got all my notes from the team, and hopefully I can do my job, execute well, and come away with good points for the team to put Patrick and Ryan in place to run for the championship.

I’m super excited coming into Road Atlanta, one of my favorite racing tracks. It’s one of the first road racing tracks I ever did in the Busch NASCAR days in 1986. It reminded me so much of my days in motocross racing from ages 12 to 18. This is my fourth year coming to Road Atlanta, so I feel a lot of confidence around the track. We tested last Monday, which was a good and competitive test, and we feel like we have a god set up on the car. Coming off a good weekend at VIR, except for an accident on the restart, we had good consistent laps in second place for the entirety of both races. I feel really good about it, looking forward to it, and can’t wait.