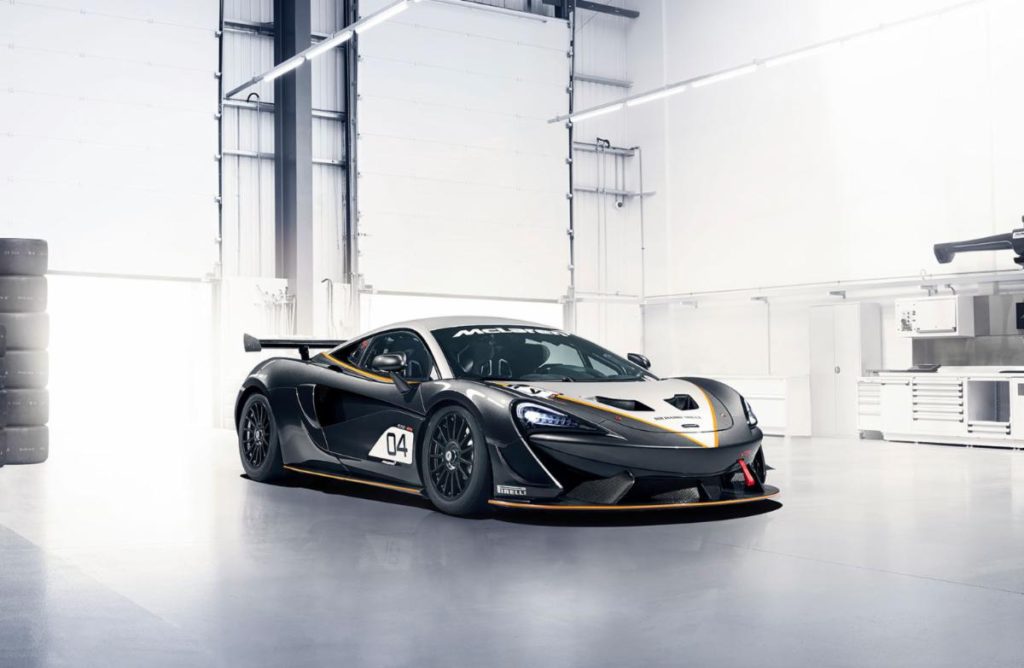 DAYTONA BEACH, Fla., (January 22, 2020) – As the new Michelin Pilot Challenge begins this weekend at Daytona International Speedway, NTe Sport by M1 is ready for their IMSA debut with Sheena Monk and Corey Lewis, in this weekend’s BMW Endurance Challenge. The pair will race full season in their new No. 3 McLaren 570S GT4.

The team came together quickly from M1 Racing over the winter, led by motorsports veteran Paul Mata.

“It’s always a challenge to have a new car and team, but I’m so proud of how everyone has pulled together to get us here,” said Mata. “We’ve got a great group and although we’ve got a lot of shakedown to do in a limited time, we’ve got the right crew and drivers to make it happen.”

While new to racing, Sheena Monk has quickly made a name for herself in North American Sports Car Racing. After completing the Lamborghini Corso Pilota school in September 2017, and earned her first-ever podium later that year at the World Finals in Imola, Italy when she completed her first round of the Lamborghini Super Trofeo North American Series. In 2018, Sheena was scheduled for a full season of Lamborghini Super Trofeo in the LB Cup category and secured a class win at VIRginia International Raceway before the season was prematurely cut short from an accident at Laguna Seca Raceway. She returned to competition in 2019, and earned a fifth place overall finish at the Super Trofeo World Finals in Jerez, Spain.

“This season is about taking the next step on the motorsports ladder for me and learning better race craft,” said Monk. “My goal is to race GTD eventually, so the Michelin Pilot Challenge felt like a proper transition to developing myself further as a driver. Our program with NTE Racing and the McLaren 570S GT4 came together in a short period, but we are ready for the challenges of Daytona. I’m excited to work with Corey and the rest of the team to learn from their experience as we take on this extremely competitive field.”

Though Monk and Mata have known each other for less than a month, Mata feels confident in Monk’s capabilities for the 2020 season.

“I look forward to working with Sheena Monk, who I had never met till a week ago,” said Mata. “She has had great results in Super Trofeo, and she and I have a great way of communicating with each other, which is important for helping her to develop as a driver. We hope to bring Corey’s championship and race winning experience to Michelin Pilot Championship, and getting on the top step with Sheena!”

No stranger to the IMSA paddock from his experience in the Super Trofeo and WeatherTech Sports Car Championship, the knowledge and experience Corey Lewis will bring to the team will be invaluable during these opening months. Mata and Lewis first crossed paths when Lewis was 15 years old and Mata was managing a Pro Mazda team. Mata convinced the team owner to let the young racer help develop the car, and Lewis has gone on to build a lengthy resume in sports car racing.

“I’m very excited to take part in Michelin Pilot Challenge with NTE Racing and Sheena Monk in our McLaren GT4,” said Lewis. “First and foremost I’m extremely thankful to be a part of this program! To be reunited with Team Owner Paul Mata is great, Sheena and I will have the right formula to be a contender at Daytona! Sheena and I have raced against each other in past years so it’ll be great to be paired up with her to contest for the top step at Daytona!”

“It’s great to be able to work with Corey again,” said Mata. “He’s an impressive driver on and off the track and such an asset to our new team. I’m excited to see what we can all accomplish together for 2020.”

The first practice of the IMSA Michelin Pilot Challenge’s BMW Endurance Challenge began on Thursday, January 22. IMSA Radio will have live coverage of all sessions, and a full event schedule can be found on imsa.com. The first race of the year will take the green flag on Friday, January 24 at 1:10PM. Monk and Lewis will split the driving duties of the four hour race, competing against 32 other cars in the GS class, and 50 other cars total. The race can be streamed live in its entirety via TrackPass, with no cable subscription required. For all series and event information, visit imsa.com.