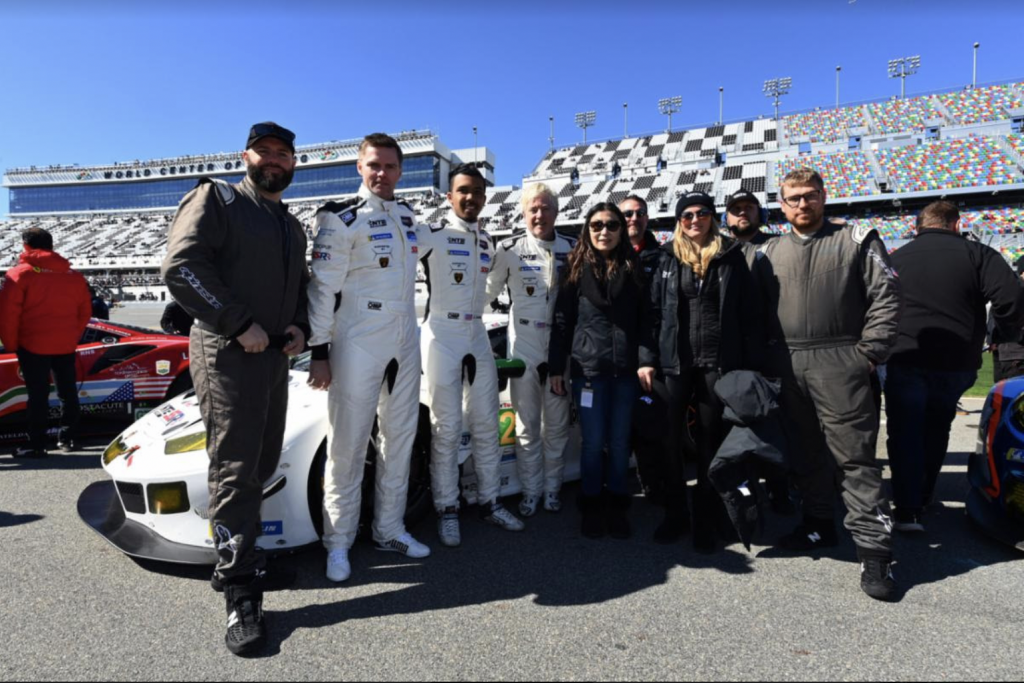 DAYTONA, Fla., (February 1, 2022) — Returning for their second year in the IMSA WeatherTech SportsCar Championship, NTE Sport and Star Spangled Racing kicked off the season again with another challenging effort in the 60th running of the Rolex 24 At Daytona. The No. 42 Lamborghini Huracan GT3 Evo, driven by Don Yount, Benjamin Hites, Jaden Conwright, and Markus Palttala, showed strong pace all week, but in the end, retired from the 24-hour endurance race early, suffering from a mechanical issue

After a week of practicing in the rain and undesirable conditions, Yount started the race on Saturday afternoon from 18th in class in much-desired sunshine and dry conditions. Cognizant to keep the car clear of traffic and any on-track incidents, the team focused the first stint on consistent lap times, setting the car up to be best over the long haul. For the next eight hours, Hites, Yount, Conwright, and Palttala chipped through the GTD class in an effort to break into the top five in class. Approaching the halfway point, Conwright battled against Milroy in the No. 70 McClaren with the two drivers exchanging positions throughout the course of their stints.

Shortly after 2:00 am, Hites increased pressure after having difficulty trying to pass Lacorte in the No. 47 Ferrari for several laps, resulting in contact with the Ferrari. Hites served a drive-through penalty and continued the chase to break into the top five in class. As the night waned, the drivers were unable to stay within the top five and moved up and down in standing, still remaining in the top ten.

forty-five minutes after sunrise, Hites reported into the pit box that there was an ABS sensor warning. As he braked for turn one the car locked up and the front left tire blew out, causing damage to the car. He limped the Lamborghini to the box and the team determined it required a trip back to the garage. After what the team hoped was a suitable repair to allow them to finish the race, they made a driver change, but Conwright soon received another ABS sensor light. NTE Sport owner Paul Mata was forced to make the difficult decision to retire from the race.