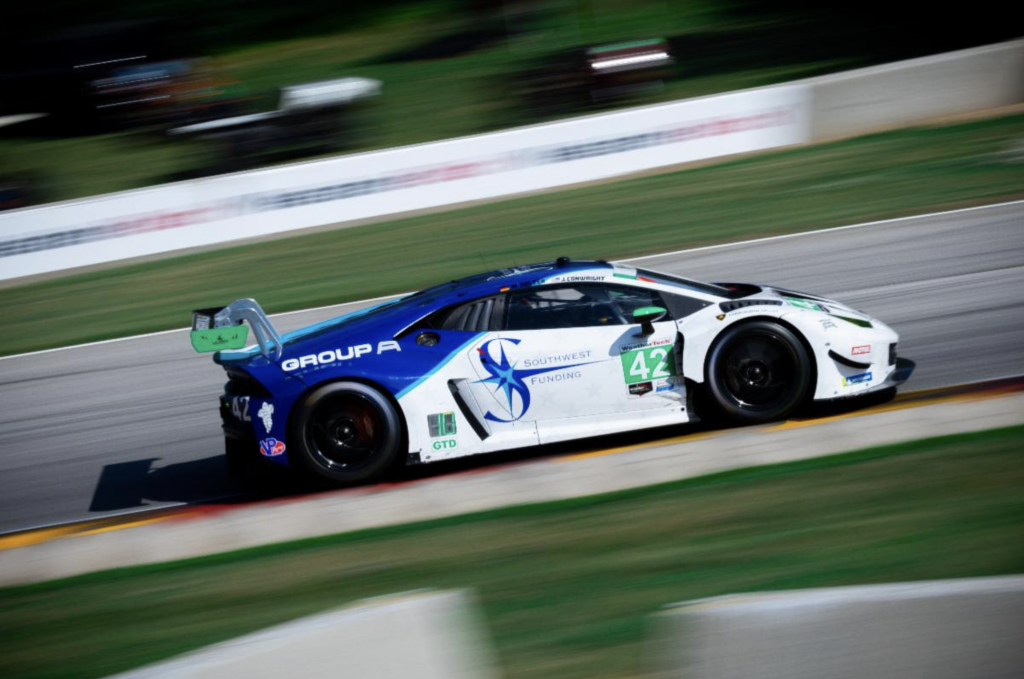 ALTON, Vir., (August 24, 2022) — This weekend, Dallas-based NTE Sport heads east to the lush and rolling hills of “heaven on Earth” at VIRginia International Raceway (VIR). Between the fierce competitiveness of duo Jaden Conwright and Marco Holzer in the NTE/SSR WeatherTech SportsCar Championship GTD Lamborghini and the strong performance from the NTE Sport Super Trofeo North America Lamborghinis earlier this month at Road America, the set of four Lamborghini customer racing cars are fired up for continued podium earnings.

“The team just completed a solid testing at VIR,” said NTE Sport owner Paul Mata. “We have been displaying strength all season with both the cars and the driver lineup. Our Super Trofeo program has improved its results each round and we want our GTD WeatherTech program to showcase the same success.”

WeatherTech SportsCar Championship
The No. 42 NTE/SSR Lamborghini Huracan GT3 Evo continues with the pairing of Jaden Conwright and Marco Holzer for the group’s two-hour, forty-minute sprint race in Virginia. Earning a top-five finish three weeks ago at Road America, the two showed competitive strength when they had to drive from the back through the field in each of their stints.

VIRginia International Raceway marks the last sprint race of the 2022 WeatherTech Championship. The NTE/SSR group remains steadfast in their efforts as they near the final event of the season, a 10-hour endurance race, the MOTUL Petit Le Mans in October at Road Atlanta.

What was once called “heaven on Earth” by Paul Newman, VIR’s 17 turns across a rolling 3.27 miles are challenging and provide great fan entertainment. WeatherTech Championship action kicks off in the afternoon Friday, August 26th. Teams have two practice sessions and a qualifying session to determine the Sunday’s race starting grid. The Michelin GT Challenge at VIR will air on CNBC and Peacock, from 2:00-5:00pm Eastern.

The No. 18 will have Tiger Tari returning to compete in LB Cup, after making his debut at Road America earlier this month. Both Lucas Petersson and Keawn Tandon stayed on the driver roster, this time joining forces to pilot the No. 42. Rounding out the three-car Super Trofeo effort, Fred Roberts will be back piloting the No. 89.

Two times the action in Virginia for the Super Trofeo series with racing on Saturday afternoon and Sunday morning. A live stream is available for both races on imsa.com/tv coverage, beginning Saturday at 2:00pm and Sunday at 11:30am Eastern.