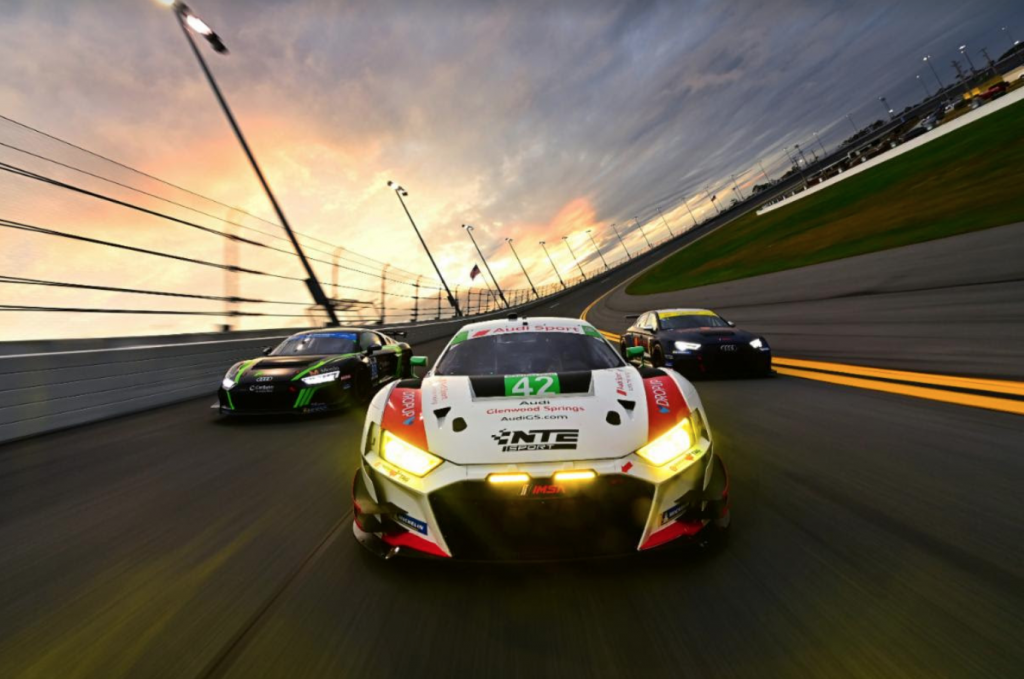 DALLAS, Tex., (June 14, 2021) – IMSA WeatherTech SportsCar Championship team NTe Sport will return to competition this month in the Sahlen’s Six Hours of the Glen, racing the No. 42 Audi R8 LMS in the GTD class.

After racing with the team in their IMSA WeatherTech debut in the Rolex 24 At Daytona in January, driver Don Yount will return to the seat and be joined by Markus Palttala and Jaden Conwright.

“I’m excited for the lineup and opportunity to race in the Six Hours of the Glen,” said Yount. “It’s good to be reunited with Marcus Palttala. We won together at Watkins Glen in 2018 and will look to repeat the success this year. Jayden will be quick and great addition to the team for the race.”

Yount and Palttala’s win at Watkins Glen International was one of the most recent races in North America for Palttala. The Finnish driver has been keeping busy, racing in the Blancpain GT Series Endurance Cup and the 24 Hours of Nürburgring, where he earned a third-place finish in 2020.

“I’m looking forward to reuniting with Don, getting to know the team and Jaden, and to discover the Audi R8 LMS GT3,” said Palttala. “We’ve got some catching up to do, as this will be our first time working together as a group, but I’m confident we’ve got a package to fight for a good result.”

Twenty-two-year-old Jaden Conwright will make his IMSA WeatherTech GTD-class debut at the Six Hour, who began his motorsport career in 2009. After consistently climbing the motorsports later, over a decade later the Californian racer was slated to run in the 2020 Porsche Supercup but was forced to withdraw following international travel restrictions. The setback allowed Conwright to join NTe Sport in the Sebring International Raceway season finale of the Michelin Pilot Challenge, where he qualified fourth and near the front for the majority of his stint.

“I can’t thank Don, Paul, and everyone from NTe Sport for giving me an opportunity to make my IMSA Weathertech GTD debut,” said Conwright. “It was a pleasure running Sebring last year in the Michelin Pilot Challenge with the team and I’m honored to be able to run with everyone again. Watkins Glen looks like an unbelievable circuit, and I can’t wait to hop into the car for free practice one!”

The third of four endurance races in WeatherTech’s Michelin Endurance Cup, the Sahlen’s Six Hours of the Glen will include all five classes in the sports car racing series. Located just south of Seneca Lake in Watkins Glen, New York, “the Glen,” is a fan and racer favorite. Though the paddock will remain closed to the fans at this time, NTe Sport will provide details for fans at the event to be able to get a hold of team posters. The Sahlen’s Six Hours of the Glen will take place on Saturday, June 27 at 10:40 AM Eastern, airing live on NBC Sports Gold’s TRACKPASS and tape-delayed on NBCSN from 7:00 PM to 10:00 PM Eastern. For full event and ticket information, visit imsa.com.