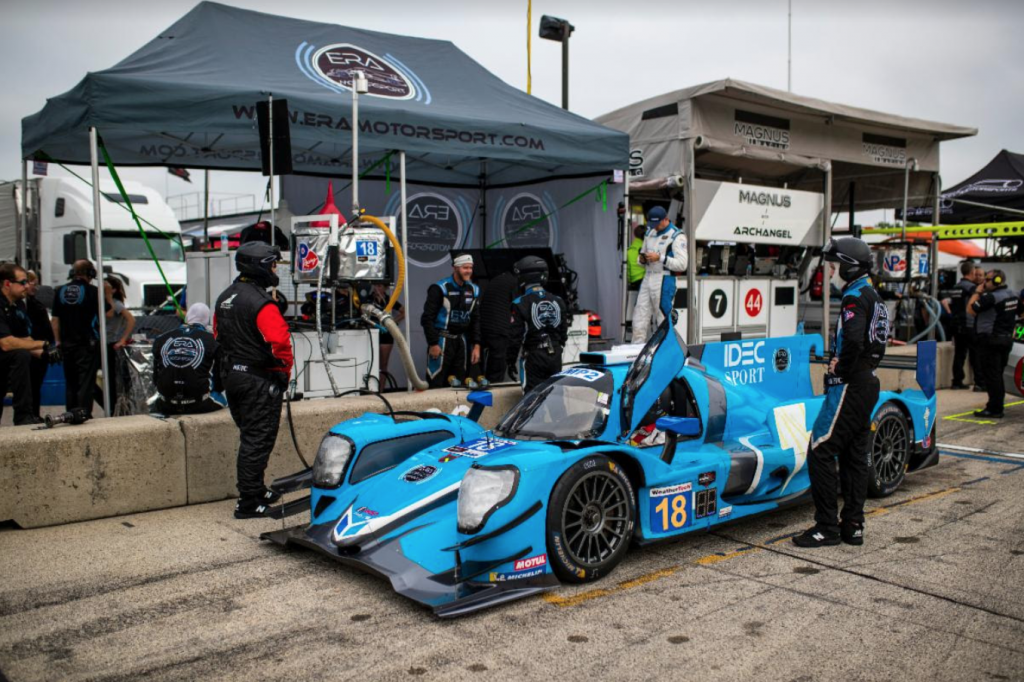 INDIANAPOLIS, Ind., (September 8, 2021) – Following their race win in the LMP2 class at Road America last month, Dwight Merriman and Ryan Dalziel will race as co-drivers again at WeatherTech Raceway Laguna Seca, on Sunday, September 12 in the No. 17 Era Motorsport Oreca. Despite missing one race this year, the two-time IMSA race winners are fourth in the championship standings. The sixth event in the 2021 IMSA WeatherTech SportsCar Championship, this weekend’s race at Laguna Seca will act as the penultimate race for the LMP2 class.

“I’m very much looking forward to racing at Laguna Seca,” said Merriman. “It’s such an iconic track and in such a beautiful area. It’s a circuit any racer wants to celebrate a victory at, and with the momentum of our win at Road America, I’m looking forward to giving it our best shot this weekend.”

The No. 18 Era Motorsport Oreca showed a strong pace the entire Road America weekend, with the drivers and team producing a near-flawless execution with every session. A result of private testing and further development overseas in the team’s European Le Mans Series efforts, the team’s success provides strong momentum heading into the California event.

“I’m super excited to be going to Laguna Seca with Era Motorsport, especially after our last outing at Road America,” said Dalziel. “Dwight and the team did a great job getting us that victory. We know Laguna will be a big challenge for us, but we are up for the task. Big thank you to Kyle and Sarah Tilley for letting me drive alongside Dwight and try to get us another victory.”

On-track activities for this weekend’s race, the Hyundai Monterey Sports Car Championship, begin with one practice session on Friday evening, September 10, followed by a final practice and qualifying session on Saturday. Four of the live IMSA WeatherTech SportsCar Championship classes will compete in the race, with the LMP3 class sitting out this round. The field of 26 entries will take the green flag on Sunday, September 12 at 1:10 PM local. The race will air live on NBC Sports Network, beginning at 1:00 PM Pacific/4:00 PM Eastern. Live timing will be available on livescoring.us, and IMSA Radio will cover international audio coverage beginning with Saturday’s qualifying session. For full event information, visit imsa.com.