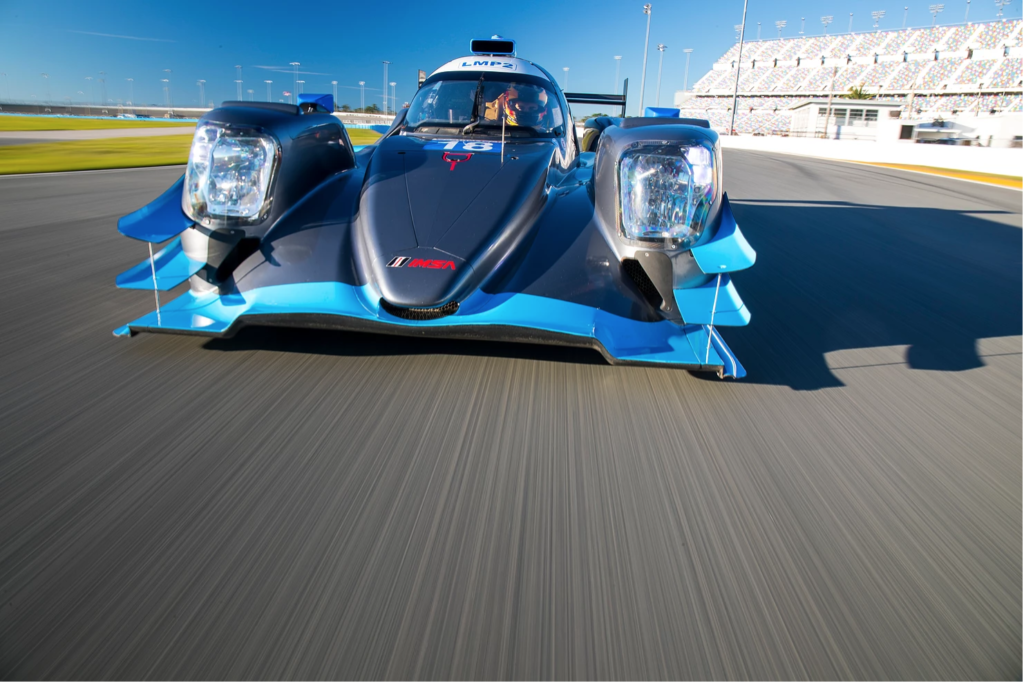 Hello everyone, I am Nic Minassian and I will be racing this week at the Rolex 24 At Daytona in the No. 18 Era Motorsports Oreca in the LMP2 class with my team mates Kyle Tilley, Dwight Merriman, and Ryan Lewis.

I have been a racing driver for 20 years, but I also do many other things.

Like most people in sports, especially athletes, your career takes a turn at one stage and you have to reinvent yourself. Since 2017, I have taken other roles: sporting director, managing, planning, organizing, driving, consulting, and many other things that make me busier than before. I am a lucky person to be able to work in an environment that I am passionate about. It’s busy, but the time goes fast when the work is fun.

You are a lucky person when your job is what your passion is. The day my Dad arrived home with a kart on the back of his car changed my life to what it is now. I was a builder for five years until I moved to England and I really enjoyed doing this. I wasn’t the most academic guy, so school stopped when I was 16, but from that day I raced karts for two years and then cars. Every year was a hard battle to do the next season but I was so hungry that I always found a solution. I also had many people who have helped me along the way ad I am so grateful for their help.

Formula 3 in England was my best choice at that time, and made me become a professional. I have been living in the UK on and off for the past 24 years, I hate the weather but love the racing too much so I kind of forget that bit. Elf was my main sponsor and they gave me the chance to have what it took to be in the right team always. As a racer, without that kind of support, you have very few chances to run up front.

Throughout my career, I have always wanted to travel and try as many cars and championship I could. Because of that, I have experienced so many routes: Clio cup, Formula Renault , F3, F3000, F1 testing for Williams and Honda, ChampCar with Target Chip Ganassi, Indy 500, V8 Supercar, TC2000, DTM, 17 Le Mans 24 H races, ALMS, GRAND AM, Daytona, Sebring, and Spa 24H. Lucky me!

I am also the Sporting Director for the team IDEC Sport Racing in Europe and also involve with BBM Sport, where we run Peugeot 908 Le Mans cars in historic event, I also managed some drivers with my friend Jamie Campbel Walter. We won the ELMS championship with DragonSpeed, and more recently the ELMS with team IDEC Sport Racing. I am winning more championship now as a sporting director than when I was driving full time!

My life is full of travel, suitcases, and race tracks, but I don’t find it hard as most of my friend are in the paddock so I have the best of both.

I am also a papa and a husband. My daughter Bonnie is 14 years old and a keen Figure skater, and my wife Stephanie was a Purser at Emirates for 18 years! We share our time between the UK where Bonnie goes to school and the south of France in the very pretty village of Lourmarin, where my family is based. I am keen on Soccer, sports in general, and having good meal with friends and family. I rarely watch TV, as I don’t have much time given that I work at many different places like Masters Historic Racing, where we organize events around the world for historic cars. That is where I met Era Motorsport and Kyle Tilley, and the reason I am here racing at Daytona.

When the opportunity came to race at Daytona it was impossible to not grab it. The entire team at Era Motorsport has been amazing. Kyle and his team have put in place a top team in such a short time with many experienced top quality personnel.

The feeling inside the team is also fantastic, we are all together pushing to have the best result possible as a team, we are a team and that is what makes you strong in motorsports.