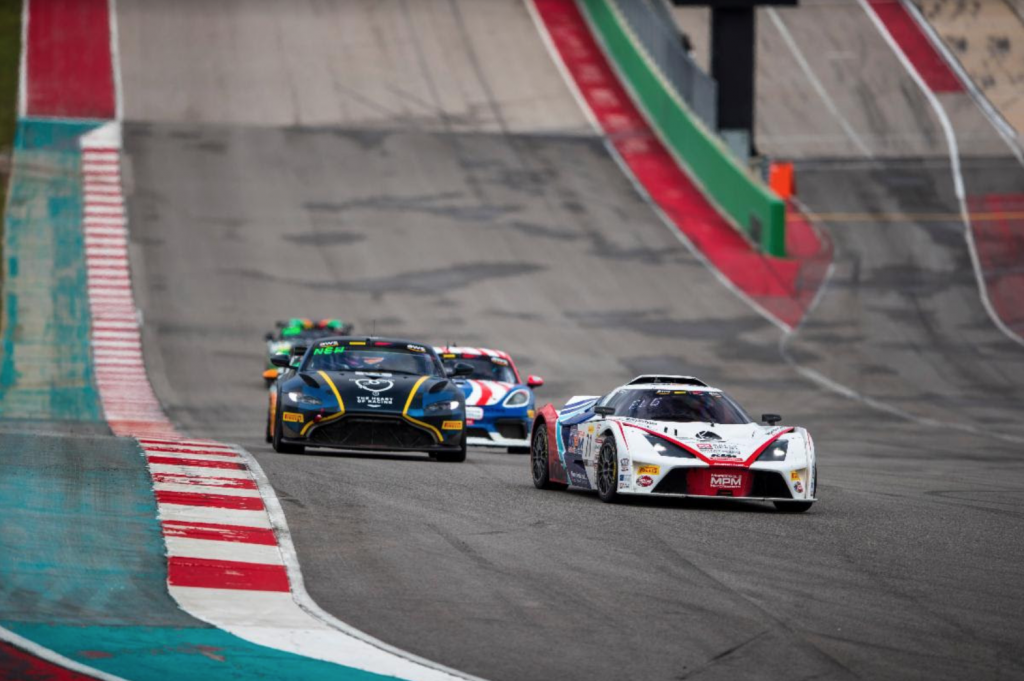 AUSTIN, Tex,. (May 5, 2021) – Marco Polo Motorsports put up a fight this weekend in GT4 America championship rounds three and four at Circuit of the Americas. Though the No. 71 KTM X-Bow and drivers Nicolai Elghanayan and Mads Siljehaug had a damp start; they were able to earn some good championship points on Sunday.

Early in the weekend, the team faced some setup challenges that team partner, Muellerized…, were able to address and dial in for the qualifying sessions on Saturday morning. The weather conditions for the first qualifying session did not suit the KTM X-Bow, and Elghanayan struggled to put together the ideal lap. The team was able to make some quick changes before the next session, and in the second qualifying, Siljehaug was able to secure second in class.

“Mads did a great job in his stint,” said Elghanayan. “In that second session, we found a bit of pace we were looking for, and we knew that it would continue to benefit us if the conditions stayed the say. Our KTM loves cool, wet conditions, and we were hoping for more of that throughout the weekend.”

Elghanayan’s starting stint in race one was cut short with an early full course caution followed by a red flag. After a significant amount of time was lost on the race clock to make up positions, Siljehaug had less than half the race to gain ground after the driver change. After finishing sixth in class and nineteenth overall in Saturday’s dangerous conditions, the team was pleased to have the car finish without a scratch, ready to fight in race two on Sunday.

Race two had a strong start with Siljehaug grabbing one position overall early after the green flag. Shortly after this exchange, there was another full course caution that stacked the field up until the pit window opened. Elghanayan took over after the mandatory pit stop and fought to hold third in class for his stint. After some strong battles and hard racing, Elghanyan secured fourth in class at the checker flag.

“While it’s disappointing to not finish the weekend with a podium finish, we’re proud of the progress we were able to make in a challenging weekend with so many different variables,” said Elghanayan. “Onto the next one!”

The next round of the 2021 GT4 America championship will be June 4-6 at VIRginia International Raceway. For all schedule updates and series information, visit www.gt4-america.com.