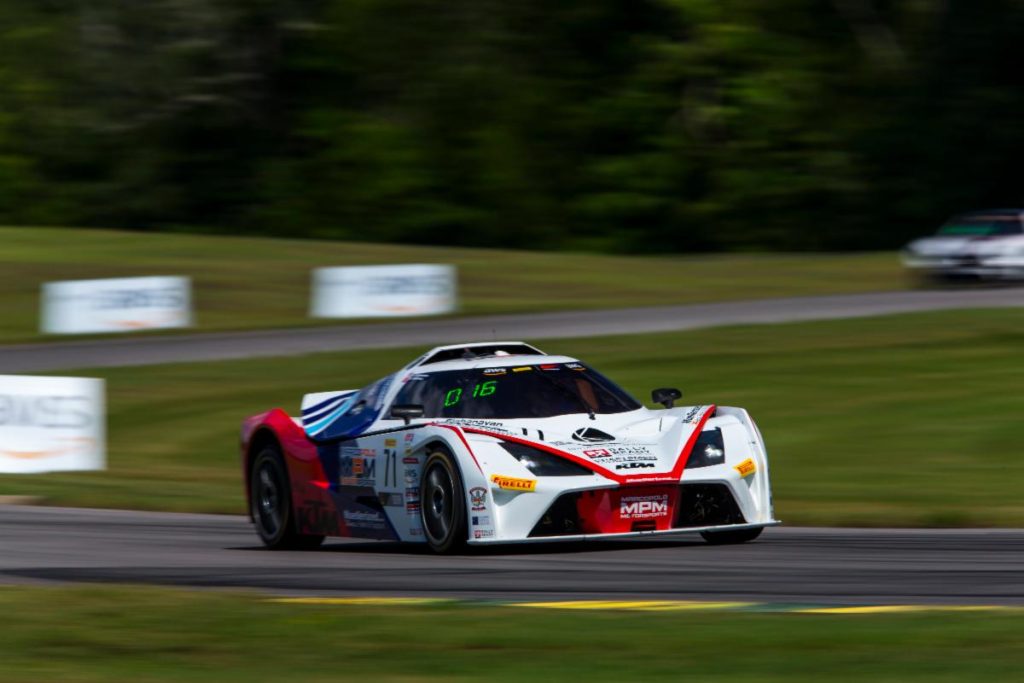 SONOMA, Cali., (August 4, 2020) – Ready for another action-packed weekend of racing, Marco Polo Motorsports heads up from Laguna Beach to wine country for the next rounds of the Pirelli GT4 America championship at Sonoma Raceway. The team will race the No. 71 KTM X-Bow GT4 EVO in the triple-header event with full season SprintX drivers Nicolai Elghanayan and Mads Siljehaug.

The team debuted the new 2020 KTM X-BOW EVO at the previous event last month at VIRginia International Raceway. With minimal time to test the car in a competitive environment, the team suffered standard first-run issues. As the weekend continued, the team pressed on to troubleshoot and progress throughout each of the three races. Following the race event, the team conducted productive test sessions, addressing the issues from the previous event.

While Elghanayan is familiar with the 2.52-mile, 12-turn circuit, this weekend will be Siljehaug’s first time on the circuit. The weekend will feature intense competition, with 25 other sports cars fighting for top honors at the California track.

“VIR was a really tough hit personally,” said Siljehaug. “Luckily, I’m surrounded by a group of amazing people, so we quickly turned our heads for Sonoma. We have been doing very positive testing and are sure to have a better platform for competition this weekend.”

The GT4 America SprintX event will feature three SprintX races, each consisting of two drivers taking turns to a car for a sixty-minute sprint. Testing and practice sessions will take place on Wednesday and Thursday, allowing the competitors to dial in on the best setups for the races ahead. Round six will take place Friday, August 7 at 4:30PM PT, followed by round seven on Saturday at 3:35PM, and round eight on Sunday at 9:30AM. All three races will stream live for free at youtube.com/GTworld.