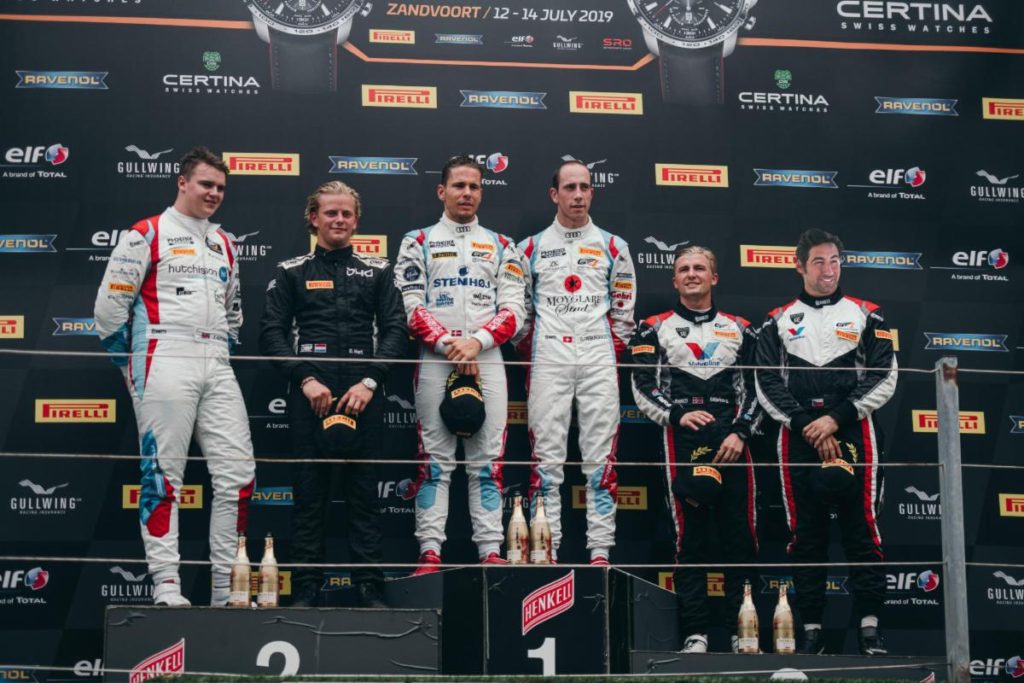 LAGUNA BEACH, Calif., (February 6, 2020) – The opening event of the 2020 Pirelli GT4 America championship kicks off in less than a month, and Marco Polo Motorsports has big plans in store for the upcoming season. The KTM X-BOW team, managed by Muellerized…KTM, is proud to announce the expansion to the SprintX championship for 2020, running the two-driver format with MPM veteran Nicolai Elghanayan and Reiter Engineering Works Driver Mads Siljehaug.

“Marco Polo Motorsports is thrilled to get this season started,” said Team Owner Jeff Elghanayan. “We’re proud to welcome Mads Siljehaug to the program to co-drive with Nicolai in our newly updated 2020 spec KTM XBOW GT4 EVO. With all of our partners returning for the upcoming season, the combination of our supporting sponsors, drivers, cars and crew will bring a competitive package to the series.”

The team previously ran in the GT4 America Sprint series, with Nicolai Elghanayan as the sole driver of the No. 71 KTM X-BOW sports car. An unfortunate shoulder injury off track forced Elghanayan and the team to sideline the racing efforts halfway through the 2019 season while the young racer recovered. Returning with a vengeance, the move from Sprint to SprintX will be an exciting one, jumping from a one driver format to two, as well as extending the race by ten minutes to run for a full hour.

Upon given the clearance to race, Elghanayan jumped back into the racing simulator, as well as the race car, conducting multiple on track tests during the winter months. In his two partial seasons, the young racer has earned two wins and eight top-five finishes in GT4 America. His most recent win at Canadian Tire Motorsport Park showed the strength of the racer and the agility of the KTM X-BOW following a constant battle with sports car racing veteran Spencer Pumpelly. The win showed Elghanayan’s ability to race up front with one of the best, marking him as an up and coming racer to watch in the highly competitive championship. Elghanayan joined Siljehaug at the GT4 European Series at Zandvoort in 2019, and the pair finished third from pole position in a KTM X-BOW.

“I’m happy we’re able to finally announce that Mads Siljehaug and I will be teaming up to compete in GT4 America SprintX for 2020,” said Nicolai Elghanayan. “Mads and I drove together at the Zandvoort GT4 Europe race and we really hit it off landing the first podium for the team that year. Mads is a phenomenal driver who won the ADAC GT4 championship last year with Reiter Engineering. I think our similar driving styles and familiarity with the KTM will bring about great success in the new 2020 KTM X-BOW GT4 in hopes of securing a championship.”

Reiter Engineering Works Driver Mads Siljehaug began his motorsport career when he was just four years old, racing in motocross for five years. In 2005, he advanced to karting before stepping up to open wheel racing in 2012. He joined the ranks of GT racing in 2016, where he still races today. Last season, Siljehaug raced in the GT4 European series, earning one podium and two pole positions. He also participated in the ADAC GT4 Germany championship, where he clinched the championship title with two victories and four podiums.

“This opportunity is a milestone for my carrier,” said Siljehaug. “I am honored to get this chance and trust from Marco Polo Motorsports, and I’m highly motivated to give my best on and off track with the goal of bringing the championship to the team. This chance would never happen without my fabulous team, Reiter Engineering. I will use all my knowledge and experience to make this season the strongest one I have entered.”

California based sponsor Kollin Altomare Architects has not only returned but increased their financial support for the 2020 race season to be a proud partner of Elghanayan and the team. Elghanayan, a graduate of the University of Southern California School of Architecture, became employed at Kollin Altomare Architects at the end of 2018, and the company immediately became interested in his KTM X-BOW sports car racing program. The firm joined Marco Polo Motorsports in 2019, and not only supported the program financially, but attended select events throughout the season, and incorporated the KTM X-BOW race cars into the company’s open house and other events.

“Kollin Altomare Architects is proud be a sponsor of the Marco Polo Motorsports KTM #71 for the 2020 SRO America GT4 SprintX series,” said Michael Kollin, Founder & CEO, Kollin Altomare Architects. “We’re excited to witness the talented team of Nicolai Elghanayan & Mads Siljehaug as they take on the challenging race tracks across the U.S. This race season sparks great enthusiasm and brings pure adrenaline to our entire team of architects, designers, clients and vendors. We watch anxiously with every turn of every race to see the top level of competitiveness unleashed with these great drivers, and what a great team MPM is to be associated with.”

“We are fortunate to have the cooperation and understanding of Nicolai’s full-time employer Kollin Altomare Architects who allow him the time to race as well as support the racing program costs and logistics,” said Jeff Elghanayan. “We’re also very grateful to Reiter Engineering for making Mads available for the season along with technical support. I look forward to picking up our updated trailer from Craftsmen Transporters shortly to make our way to Circuit of the Americas next month.”

The sports car racing effort will also continue their partnership with Craftsman Transporters, who reconfigured the team’s race trailer to better suit the needs for the upcoming season.

“We are proud to partner with Marco Polo Motorsports for the second year,” Rick Bean, Craftsmen Transporters Account Executive said. “We’ve adapted the trailer to work with their new two-driver team and look forward to continually supporting MPM as they race across the nation. The talents of Nicolai and Mads behind the wheel combined with the efficiency of their transporter off track are sure to bring a successful 2020 race season.”

Muellerized…KTM Sales & Support will return to support the effort, run by third generation champion racer John Mueller. KTM Sportcar GmbH has made Muellerized the official California dealer for KTM cars. This season will mark Mueller’s sixth season of serving as the chief engineer and race strategist for Marco Polo Motorsports. The California-based race team has completed several tests of the 2020 KTM X-BOW GT4 EVO during the off season, fully prepared to begin the upcoming championship efforts.

“With the improvements made to the 2020 KTM X-Bow GT4 by our teammates at Reiter Engineering, we look forward to seeing how this season plays out,” said Mueller. “In 2019 we worked extremely hard to climb the PRO category mountain and win overall from pole at Canadian Tire Motorsport Park. “I can assure everyone that our driver pairing this season is incredibly strong, with proven winners ready to race our best KTM X-Bow to date.”

The 2020 Pirelli GT4 America season begins in less than 30 days, kicking off March 6-8 at Circuit of the Americas in Austin, Texas. The provisional schedule currently has unofficial test sessions taking place on Thursday, March 5, 2020, with official practice sessions beginning on Friday. In the SprintX two-driver format, Driver 1 will qualify the starting position for Race 1, and Driver 2 will have the opportunity to qualify for Race 2. Driver 1 will start Race 1 on Saturday afternoon, and Driver 2 will take over during the mandatory pit window and finish the event. That driver will start Race 2 the following morning, and Driver 1 will compete the race. For schedule and ticket information, visit gt4-america.com.