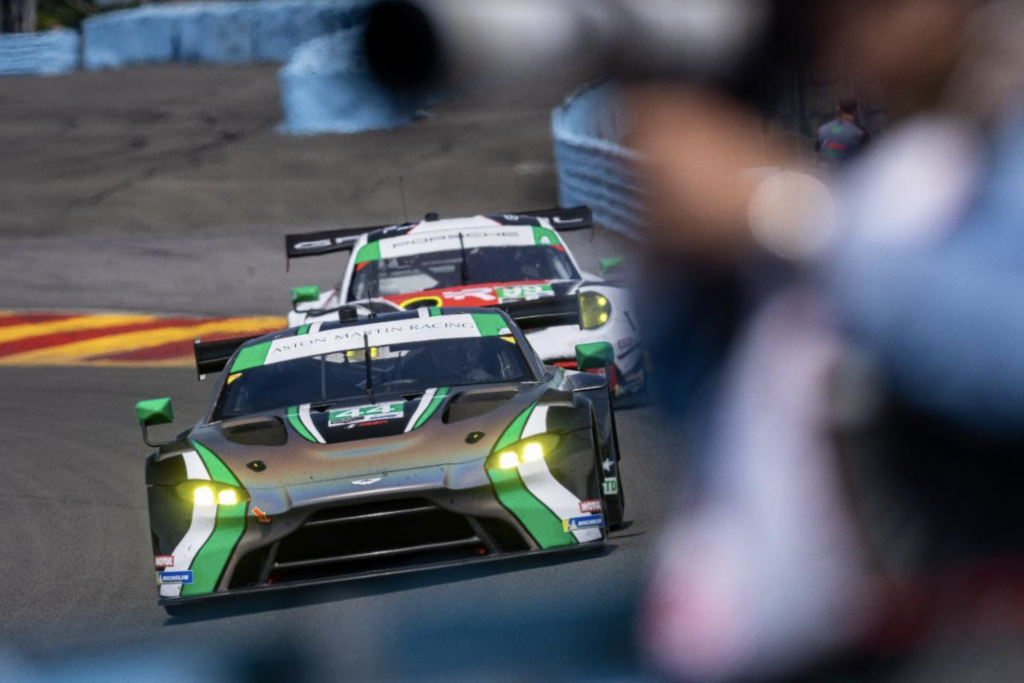 “We had all the crew and parts available to run another race, so why not,” said Team Somebody John Potter. “And in this period of high inflation, our dollars go a lot further in Danville than elsewhere, so it really seemed the perfect match.”

Though the No. 44 Aston Martin Vantage GT3 racing team originally announced only running the four endurance races of the year (Rolex 24 At Daytona, Twelve Hours of Sebring, Six Hours of the Glen, and Petit Le Mans), the fan-favorite effort missed being a part of the action, checked the budgets, and decided to return one race early. The team will get the biggest bang for their buck in traveling to Danville, Virginia, and perhaps even a podium at the beautiful Virginia International Raceway.

Just the Michelin GT Challenge at VIR and Motul Petit Le Mans are all that remain of the 12-race 2022 schedule. Magnus Racing kicked the year off in spectacular fashion with a second-place finish at the Rolex 24 At Daytona. The team finished sixth at the grueling Twelve Hours of Sebring, then survived a weather-delayed and penalty-filled post-race to earn a fifth-place finish at Watkins Glen International.

The race weekend in Danville, Virginia will allow the team and drivers John Potter and Andy Lally some additional track time to prepare for the final event of the year, Petit Le Mans. Spencer Pumpelly will have to get his additional preparation laps at another time. Though the team is eighth in the IMSA Michelin Endurance Cup GTD team standings, the field is incredibly tight, with fifth through 16th place being separated by a mere three points.

Magnus Racing will have two and a half hours of practice before a fifteen-minute qualifying session on Saturday afternoon. The Michelin GT Challenge at VIR will be a mere two hours, 40 minutes, clocking in at the shortest race of the year for the No. 44 Aston Martin and her team. The race will air live on Sunday, August 28 starting at 2:00 PM Eastern on CNBC, and stream live on Peacock. For more information, visit imsa.com.