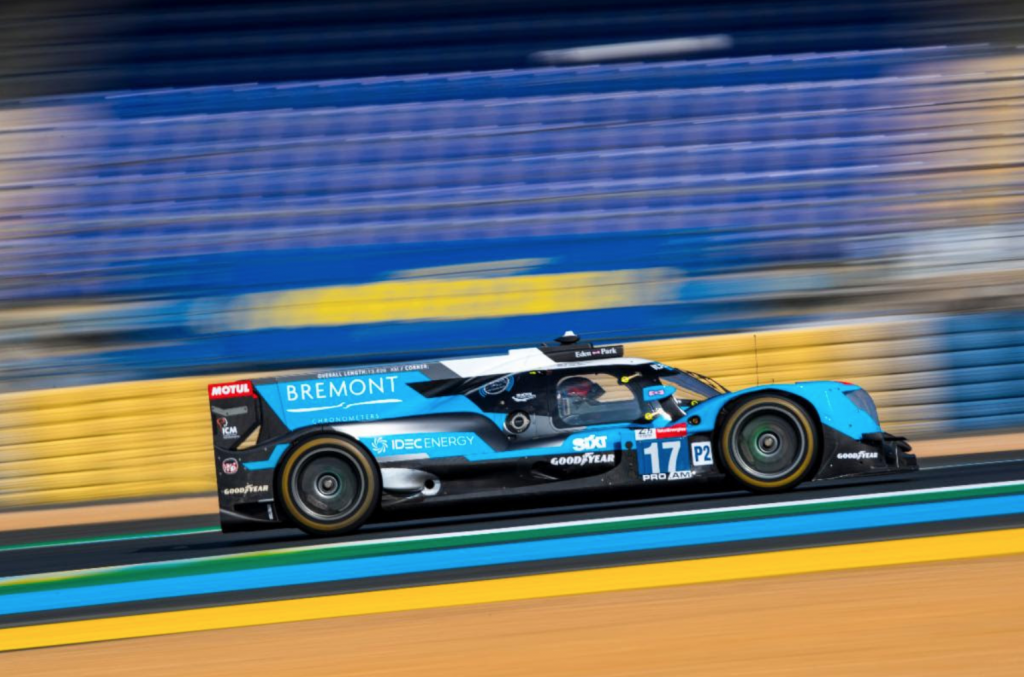 LE MANS, France. (August 17, 2021) — This week, the 89th running of the 24 Hours of Le Mans takes place, and after a last-minute driver swap and abbreviated test day, the team behind the No. 17 IDEC SPORT / Era Motorsport Oreca rides into the famed event with both excitement and trepidation. Following a shoulder injury, Era Motorsport team owner and driver Kyle Tilley will sit out this year’s race and will be replaced by French racing driver Thomas Laurent.

Laurent joins drivers Dwight Merriman and Ryan Dalziel this week after missing the weekend’s official test day, but with previous Le Mans experience, and Laurent will be a strong addition to the team. The Frenchman won his first-ever attempt at Le Mans in 2017 with Jackie Chan DC Racing, then returned in 2018 to finish third with Rebellion Racing. The following two years he earned a fifth and fourth place finish, never finishing outside the top-five in his four Le Mans endeavors.

After a punt by another prototype, the team’s test day was cut short in the first of two sessions. The excursion into the barrier resulted in a chassis-swap and the team missing the second and final session. The team will have ample time to get the new car ready in time for Wednesday afternoon’s practice session, followed quickly after by qualifying. In the first qualifying session, each driver will have an opportunity to qualify the car, and the fastest lap that is set will determine the starting position for the race. In the second qualifying session, the 24 Hours of Le Mans will use the same qualifying procedure that was introduced last year, where after the traditional one-hour qualifying session on Wednesday, the top six cars in each class will qualify again on Thursday for class pole position and the five following grid spots for Saturday’s race start.

After starting the 2021 season off with a class victory at the Rolex 24 at Daytona in the IMSA WeatherTech SportsCar Championship, Era Motorsport partnered with IDEC Sport for the 2021 European Le Mans Series season, and in March of the year, together the pair received an invite to the iconic event. This year’s 24 Hours of Le Mans is the second year that the two teams have partnered together for the event. Traditionally held in June, last year’s race was moved to September, and this year’s running moved to August. For the first time in two years, fans will be able to attend the race, though capacity is limited to 50,000.

For fans in the United States of America, the 24 Hours of Le Mans will be available exclusively on the MotorTrend App beginning with qualifying coverage on Thursday, August 19. Fans in Canada can watch the full race live on Discovery Velocity, and fans outside North America can purchase a subscription via the World Endurance Championship website.

Dwight Merriman
I’m excited to be back at Le Mans for another go at such a great event. I was unable to compete last year after a scary crash, so I’m thrilled to be back and have the chance to compete again. After our win a couple of weeks ago at Road America, I feel positive about the progress we’ve made to the car, and my own development as well. Competing on the same track as some of these faster cars and faster drivers can be incredibly intimidating, but that’s part of the allure that sports car racing offers to gentleman racers such as myself. All I can do is hit my marks, focus on my own execution, and hope we don’t have any further contact from any other cars out there. This is an event unlike any other, and it would be a dream to earn a strong finish here as we have at the Rolex 24 and Road America.

Ryan Dalziel
This is my sixth 24 Hours of Le Mans, and I can’t wait to get the race started. My last visit was 2016, and the track is really fast, so it took me a little time to shake off the cobwebs. Unfortunately, Dwight got taken out by another P2 car and we missed the second session and the guys had to rebuild a new car. It’s not ideal race preparations we wanted to be doing right now, but we have shown so many times we can rebound, and we will.

Thomas Laurent
This is awesome! Obviously, no one wants to replace anyone under these conditions, but you also must seize the opportunities. I had to comment on the race on the team, and they told me right away that my real place is behind the wheel, so I thank them. I will do my best to provide the benefit of my experience at Le Mans since it will be my fifth time. I never rode with these tires there, but I rode in Dunlop the first year in LMP2. I know Oreca well, but it will still change a bit with this latest version. I am delighted to join IDEC SPORT and to discover the team. I’m going to rely on the pro drivers of the sister car for the first impressions.