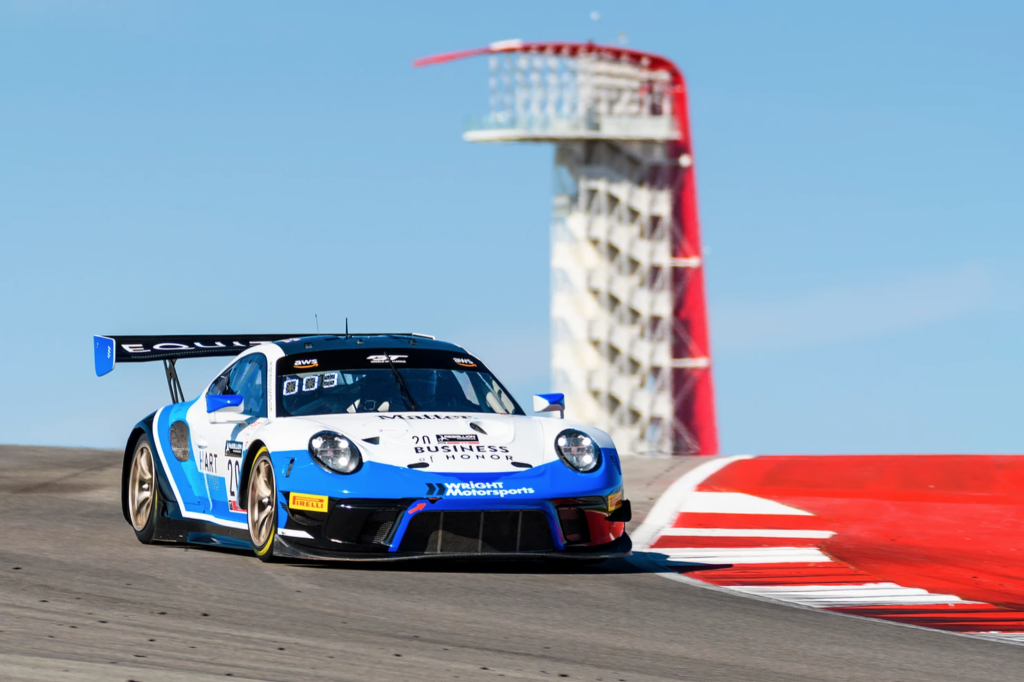 BATAVIA, Ohio, (September 15, 2020) – This weekend, the GT World Challenge America powered by aws will run their penultimate double header event at Circuit of the Americas (COTA). Participating in his first-ever 24 Hours of Le Mans, full season driver Max Root will be forced to miss the two races at Circuit of the Americas. Jan Heylen will act as substitute for the young American, joining Fred Poordad in the Wright Motorsports No. 20 Porsche 911 GT3 R.

“We’re all very excited to see Max race in his first 24 Hours of Le Mans,” said team owner John Wright. “It’s been great to see him grow over the last couple of years, and to run such a prestigious event is an honor for every sports car racing driver. We’re excited to have Jan back, fresh off the podium with our IMSA WeatherTech team effort. He’s a great addition to our team, and he and Fred will do well.”

Heylen has recently spent ample time in the Porsche 911 GT3 R, completing a six-hour endurance racing event with the IMSA side of the team two weeks ago at Road Atlanta, followed by a one day test at Indianapolis Motor Speedway with Poordad.

“Fred has become a good friend over the year, and I couldn’t be happier to be sharing the car with him,” said Heylen, who originally coached Poordad in the team’s Cup racing efforts. “It’s a home track for Fred, and we should do well here. I love the city of Austin, and the Porsche races well here at the track. I’m also excited for Max and wish him the best for Le Mans.”

The 2020 championship debuted at Circuit of the Americas, where Root and Poordad swept the Am category, taking both class wins in the season opener. The pair have gone on to have a successful season to date, most recently landing on the overall podium in the previous event at Road America.

“We are excited to be running at COTA,” said Poordad. “This race was a question mark for us up until a few days ago for a variety of reasons. Although Max Root cannot be there, Jan Heylen will be subbing in for him. Jan is a tremendous talent and will bring a different perspective to the team. We are looking forward to the challenge of the race track and the competition this weekend!”

While the event will be closed off from the public, fans will be able to follow all the action live via the team’s social media feeds. Each race will feature 90 minutes of racing between various manufacturers and the level of driver skill. Both races will stream live and for free on YouTube.com/GTWorld, starting with race one on Saturday, September 19 at 2:15PM CT, and race two will take place on Sunday, September 20 at 1:15PM CT. For full event information, visit sro-america.com.