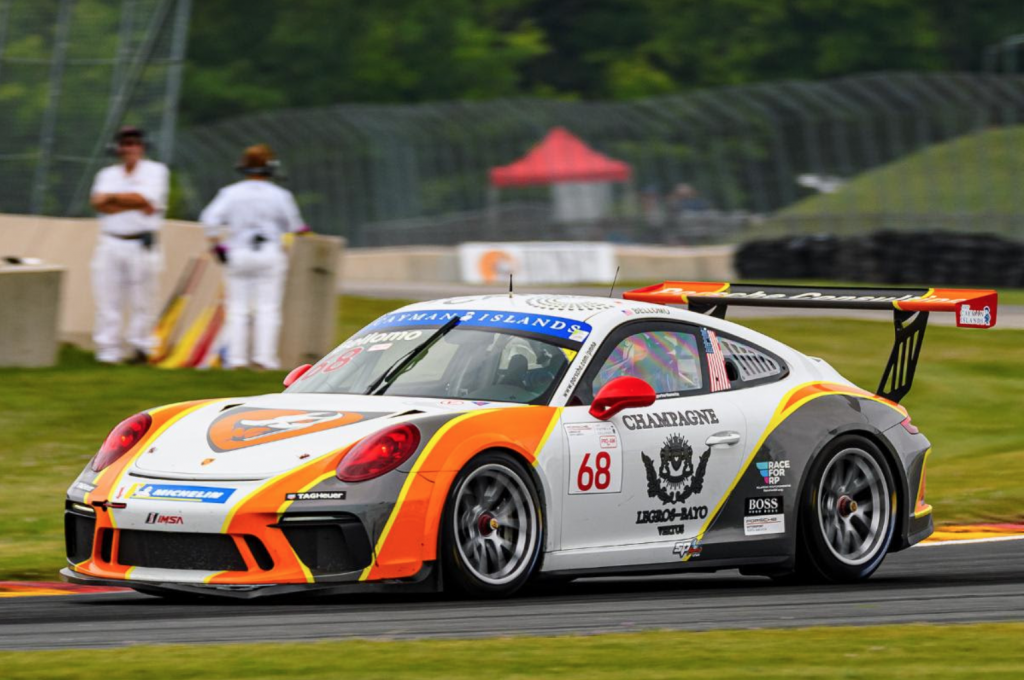 SONOMA, Calif., (November 8, 2021) – This weekend, Flying Lizard will return to Michelin Raceway Road Atlanta with Chris Bellomo for the season finale of the Porsche Carrera Cup North America Presented by the Cayman Islands. After making his debut in the series earlier this season at Road America, where he showed good potential with great pace, Bellomo and his No. 68 Porsche 991 Cup car will close out the year with a triple-header during the Motul Petit Le Mans weekend.

“It’s always exciting to be back at Road Atlanta and we’re looking forward to finishing the season on a high note with Chris,” said Program Manager Darren Law. “He performed well at his Road America debut but we had other commitments this year that prevented us from racing in more of the Porsche Carrera Cup North America events. Now he’s coming fresh off winning the championship in the Yokohama Drivers Cup, so we’ll bring that momentum to Road Atlanta and finish the year strong.”

Racing in support of Petit Le Mans, an event where Flying Lizard has celebrated much success over the years, the Porsche Carrera Cup North America will have a total of 32 entries competing in the final event of the season. Bellomo and the No. 68 Porsche will compete in the Pro-Am 991 class which uses the 991.2 model cars, running in three 45-minute races.

On-track sessions begin on the morning of Wednesday, November 10, giving competitors two practice sessions before qualifying that afternoon. All three races will air live on www.imsa.com/tv, and live scoring available on imsa.com/scoring.