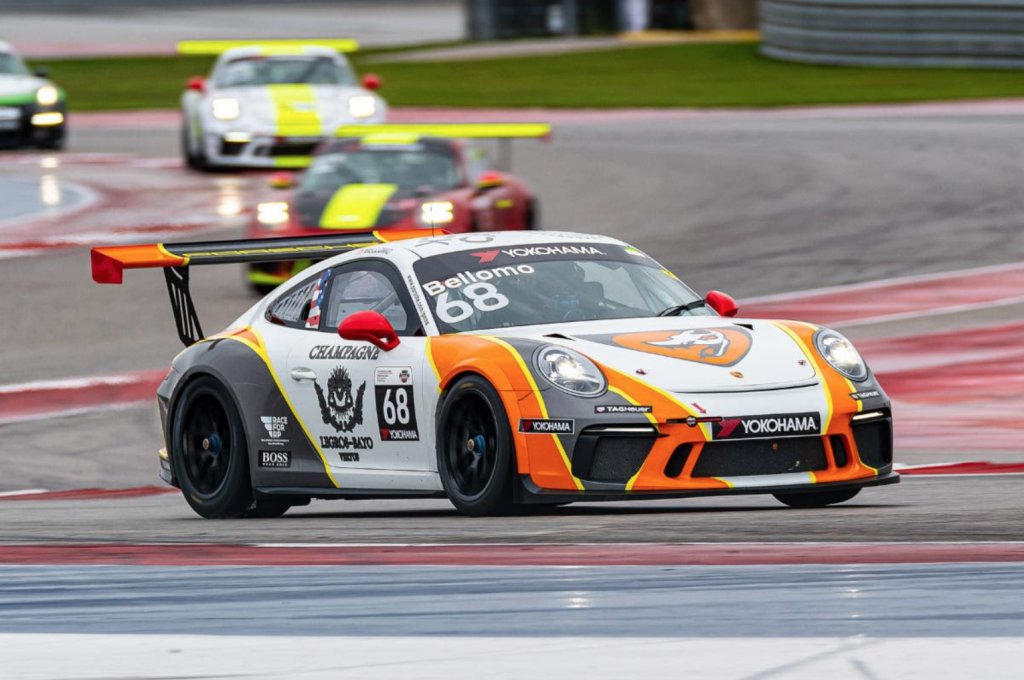 “We are not only excited to be bringing Flying Lizard Motorsports to the Porsche Carrera Cup series but also glad to be in the IMSA paddock again as well,” said Program Manager Darren Law. “Chris will run select events this year in IMSA as part of his training program to expand his efforts in 2022. Together with his coach, Johannes van Overbeek, he has had a lot of success so far, growing and improving every weekend with a methodical approach to improving his driving. I am looking forward to watching his progress this upcoming weekend and the remainder of the year.”

Bellomo, who has raced with the Lizards for several years, has a full plate this season, also competing in USAC’s Porsche Sprint Challenge North America and the Yokohama Drivers Cup. Each series has offered new challenges, allowing Bellomo to develop as a race car driver, with former Lizard Johannes Van Overbeek as his coach.

“We have been looking forward to rejoining the Carrera Cup series at Road America since the schedules were released,” said Bellomo. “I have always loved racing at Road America and the series has always had an outstanding field of talented drivers and this year is no exception. Dieter Beuhler, along with the Flying Lizard crew have worked extremely hard throughout the year and the car seems to be getting better and better each race. Johannes and I have taken positive steps forward with my driving technique and race-craft so far this season and we are hoping that will continue at Road America.”

Sanctioned by IMSA, the Porsche Carrera Cup North America is a support series of the WeatherTech SportsCar Championship. The Lizards have a long history in IMSA, earning three team and three driver championships with Porsche machinery in the American Le Mans Series.

TUNE-IN
The team’s return to the IMSA paddock with a Porsche will feature two practice sessions and one qualifying session on Thursday and Friday, August 5 and 6. The first of two 45-minute races will begin on Saturday, August 7 at 11:35 AM Central, followed by race two on Sunday morning at 9:45 AM CT. Both races will air live on imsa.tv and porschecarreracup.us.