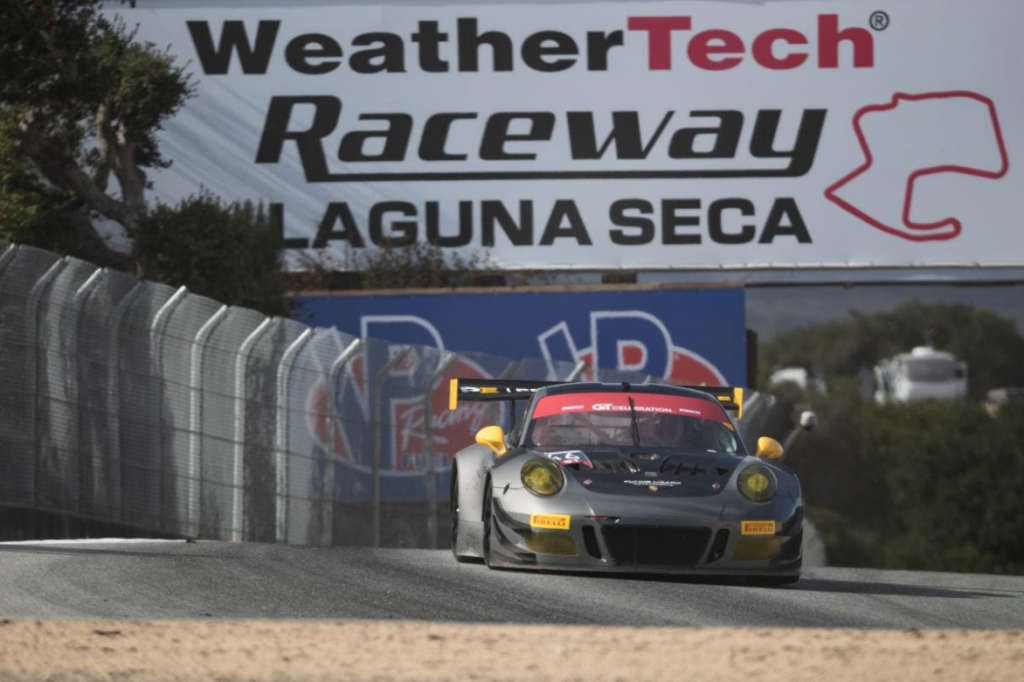 AUSTIN, Tex., (April 29, 2021) – A pair of Flying Lizard Porsches will make a surprise appearance this weekend at Circuit of the Americas, competing in SRO’s GT America and USAC’s Porsche Sprint Challenge North America. The team, which had previously announced full-season entries in GT Celebration and the Yokohama Drivers Cup, is participating in the one-off event in Austin, Texas, with drivers Andy Wilzoch and Chris Bellomo.

Wilzoch, who last participated in an SRO America-sanctioned event in 2018, returns with his 2017 No. 460 Porsche 911 GT3 R to race in the new GT America series. The sprint series, specifically for Bronze-rated drivers debuted last month at Sonoma Raceway and will recommence this weekend at Circuit of the Americas for Rounds three and four of the championship. Each race has a run time of 40 minutes, with only one driver per car, and no pit stops required. Wilzoch has had ample track time on the Austin circuit, most recently earning back-to-back wins in 2019 in the Porsche Trophy West Series.

“Andy has been not only a long-time customer of Flying Lizard, but also a great friend and I am happy that SRO America has provided an opportunity for us to have a place to race this car,” said Program Manager Darren Law. “Andy has a lot of time in this particular car, and GT America is a great concept for Bronze drivers that gives our customers an opportunity to race. This will be his first race back in SRO since 2018, he knows the car, he knows the track and we are looking forward to having another Flying Lizard Porsche on the grid!”

Also in its inaugural season, the USAC Sprint Challenge North America series is the latest option for gentlemen racers to compete in a 40-minute sprint racing environment. Circuit of the Americas will host the third double-header event of the season, with an impressive 32-car grid. Chris Bellomo, who currently competes in a full season in the Yokohama Drivers Cup with Flying Lizard Motorsports. The 2021 season will see Bellomo racing in several Porsche series, gaining valuable experience in various competitive environments across North America. This weekend, he will race the No. 68 Porsche GT3 Cup with former Lizard driver Johannes van Overbeek as his coach.

“I am looking forward to watching the progress of Chris Bellomo,” said Law. “He has a full plate this season, where he will be racing in various events in three different Porsche series. He is talented and really working hard on all aspects of his driving. We have brought on Johannes Van Overbeek to work with Chris this season as a coach and have already seen a lot of improvement in Chris. I expect us to have a successful weekend.”