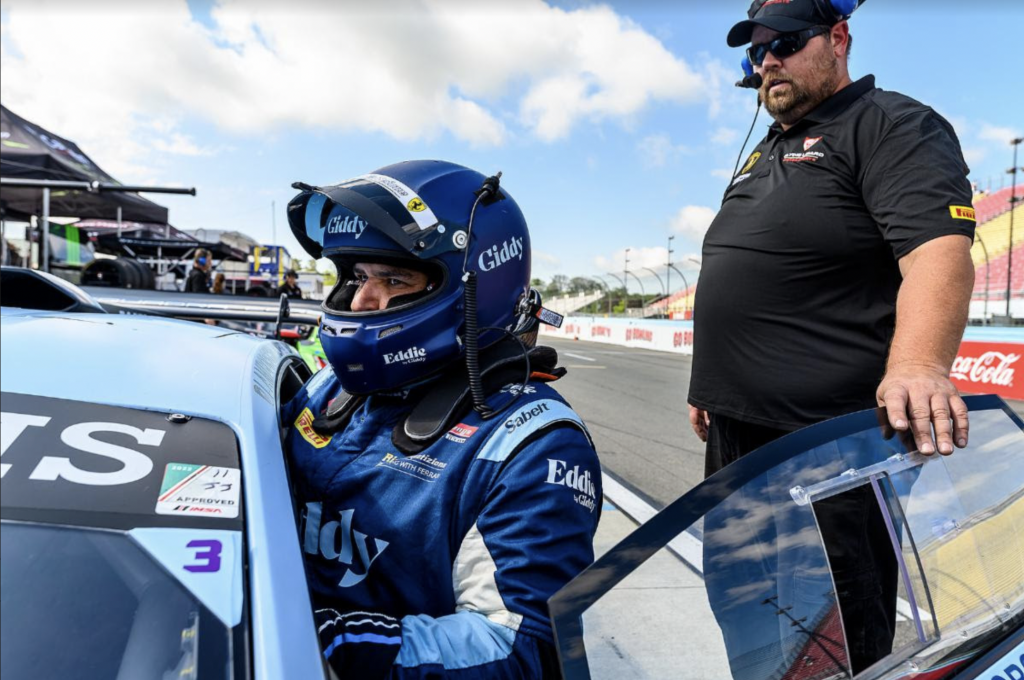 ELKHART LAKE, Wis., (August 3, 2022) – This weekend at Road America, Flying Lizard Motorsports reaches the halfway point in the 2022 Lamborghini Super Trofeo championship. The No. 11, No. 14, and No. 64 Lamborghini Huracán Super Trofeo Evo2 Lizard cars will compete in the two-race weekend in support of the IMSA WeatherTech SportsCar Championship. The team currently leads the LB Cup-class championship in their debut season, following driver Slade Stewart’s third win in six races at the previous round at Watkins Glen International.

“This has been such a great season so far in the Lamborghini Super Trofeo Series and Road America is one of the best tracks in North America,” said Program Manager Darren Law. “We continue to push for wins and podiums and I look forward to adding to our success this weekend.”

The beautiful Road America in Elkhart Lake, Wisconsin will host rounds seven and eight of the 11-round championship, August 6-8. Though this will be the first event on the 14-turn, 4.048-mile course in the Super Trofeo series for the Lizards, the team’s experience on the circuit dates to their first year in professional sports car racing in 2004. The team previously concluded a race weekend at Road America in the Porsche Sprint Challenge North America, bringing five Lizard Porsches to compete in the doubleheader. This weekend’s race festivities will be the second of three events in four weeks at the Elkhart Lake circuit, as the team’s two SRO America efforts will compete at the track August 19-21.

In Lamborghini Super Trofeo, the team rides the momentum of a strong race weekend at Watkins Glen International last month, where the trio of Lizard Lamborghinis celebrated one win and four top-six finishes. The usual pairing of Brett Jacobson and Joel Miller will have a slight change this weekend in the No. 11 Giddy Lamborghini. Due to Jacobson having a prior commitment, Miller race the No. 11 Giddy Lamborghini as a single driver in the Pro class for the first time this season. The pair hold a best finish of fifth place in the Pro/Am Cup, never finishing outside the top six. Slade Stewart and his bright pink No. 14 Lamborghini have been a fan favorite as he leads the LB Cup class. Proudly sporting his sparkly unicorn livery, he holds three wins and an additional podium, currently holding a 12-point lead over his closest competitor. Tom Tait is still looking to better his best finish of fourth place this season as he consistently fights for a pair of top-five finishes.

The Lamborghini Super Trofeo Series will be one of four series competing in the sports car racing weekend, beginning on-track activities on Thursday afternoon. The first of two 50-minute races begin on Saturday, August 6 at 9:50 AM U.S. Central, followed by race two on Sunday, August 7 at 1:55 PM ET. Both races will stream live on imsa.com/tvlive. For event information, visit imsa.com.

Joel Miller (Pro)
No. 11 Giddy Lamborghini Super Trofeo
The Super Trofeo car around Road America is going to be great and the racing will be close. As a group, we have not really tested but now that we have two race events under us we are working through some setup stuff to improve the car which will be good to try out this weekend. It will be fun to run a weekend in the Pro class and work to find the limit of the car around a place like Road America!

Slade Stewart (LB Cup)
No. 14 Lamborghini Super Trofeo
We are headed into Road America in a strong position, but we know we have a lot of work to do there. We were unable to test at the track, so our initial practices are going to be very important for making any last minute changes to the car. I am excited to return to Road America, this time with Flying Lizard Motorsports and the Lamborghini Super Trofeo, aka Sparklefarts.