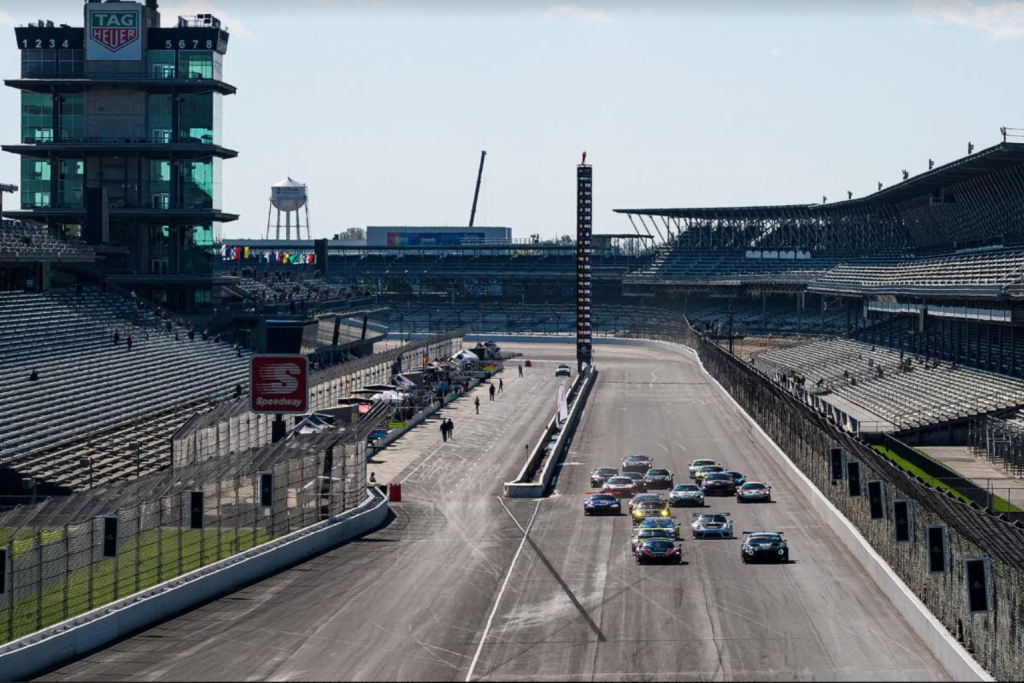 INDIANAPOLIS, Ind., (October 19, 2021) – Sportscar racing team Flying Lizards Motorsports left another mark on both Indianapolis Motor Speedway (IMS) and GT America powered by AWS this weekend by adding another podium to their achievements.

Andy Wilzoch, in the No. 460 Porsche 911 GT3 R, crossed the finish line on Saturday fifth overall and Memo Gidley, in the No. 101 TKO Motorsports Bentley Continental GT3, graced the second step of the podium on Sunday. This brings the two-car partial season effort to 12 podiums, six wins, and 13 overall top-five finishes.

“I am really proud of everyone on this team,” said Darren Law. “It isn’t easy to jump into a race series halfway through the season, but our program earned wins and multiple podiums finishes in all of the races we entered with both Andy and Memo. It has been a great year for Flying Lizard and a great start to our relationship with TKO Motorsports. I am looking forward to the 2022 season.”

GT America Race One
Strategy for Thursday qualifying to run fast laps at the end of the session was thwarted after a competitor laid oil down on the already damp track. With less than desired results, the Lizard Porsche went into race one on Friday starting from fifth overall. After a full-course caution, Wilzoch dropped one position to Jason Harward in the No. 88 Lamborghini. The two continued to gain ground throughout the race and each respectively gained one position, earning Wilzoch a top-five overall finish.

In pre-grid with Gidley set to start race one from second place, there was a tire pressure concern that caused him to stop at the pit box as the field started the out lap. This stop induced a penalty for the Bentley that required the green flag to be taken from the back. Charging through the field, Gidley picked up 12 positions before a full course yellow afflicted the end of the first lap. On a strong restart, he continued through the field reaching fourth overall position after a battle with Kyle Washington in the No. 32 Porsche. Coming into the last third of the race, a mechanical issue brought Gidley back into the pit for a quick repair. With fifteen minutes remaining in the race, he once again attacked the field and finished in eighth overall.

GT America Race Two
The grid for race two was based on race one lap times, and Wilzoch took the start on the outside in sixth position. The front of the field quickly spread out, allowing the race leaders to focus on speed. Navigating through the back of the GT America competitors and numerous incidents, Wilzoch took advantage of the cool dry track, consistently running his fastest laps of the IMS event. Maintaining position, he finished Saturday in sixth overall.

Though plagued with challenges in race one on Friday, Gidley’s hard charges delivered him another position two start at IMS. The Bentley stayed the course and steadily spliced through out-of-class traffic lapping the back of the pack. Keeping Charlie Luck in the No. 45 Porsche between himself and SRO3 competitor, Kyle Washington in the No. 32 Porsche, Gidley claimed another second step on the podium.

With the GT America powered by AWS season complete, Flying Lizard Motorsports team management is already at work building the 2022 season. To stay up to date with all things Flying Lizard, visit lizardms.com

DRIVER QUOTES
Andy Wilzoch | No. 460 Porsche 911 GT3 R
I wish we could have ended the year on the podium at Indianapolis Motor Speedway, but I’m pleased with how the weekend went. We ran some good laps out there and were able to get plenty of track time to race against the competition. I’d like to thank everyone at Flying Lizard for all their hard work that went into making this season such a success.

Memo Gidley | No. 101 Bentley Continental GT3
What a great experience to get out and race three SRO GT America Races in the TKO Motorsports Bentley Continental GT3! I had so much fun racing and working with the TKO Motorsports team, driving a one-of-a-kind Bentley beast, against some awesome competitors, and one hell of a sponsor TKO and Dave Traitel who is inspiring because he wants people to enjoy life now! And then to be back at Indy on part of the track I have had some awesome and some very scary moments driving on back in my Indy days! All of this made it feel great to finish second here in the TKO Motorsports Bentley and stand on the podium!