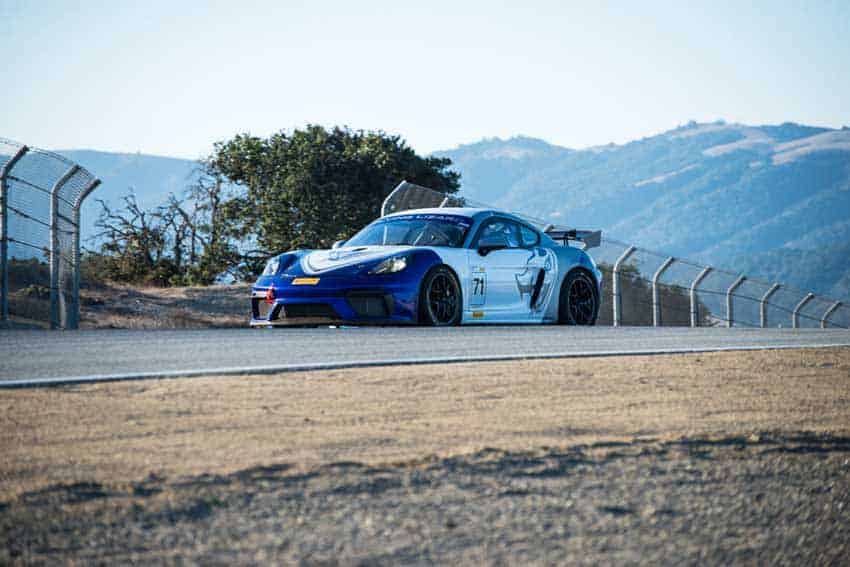 SONOMA, Calif., (October 28, 2019) — This month, Flying Lizard Motorsports completed its most successful Porsche Trophy West USA season since joining the series in 2017. The eight race championship concluded earlier this month at Sonoma Raceway, and the Lizards closed out the year with an astounding 47 podiums and three class championships for drivers Martin Brauns, Erin Vogel, and Andy Wilzoch.

The Lizards ran as many as six Porsches in a weekend, with a packed garage of enthusiastic Porsche competitors. Edie Arrowsmith, Martin Brauns, Andy Wilzoch, Dr. Alex Marmureanu, Flying Lizard Founder Seth Neiman, Paul Camusi, and Erin Vogel all returned to the team for the 2019 season, proudly competing with the iconic sports car team in the eight event season across North America.

“What a season it’s been,” said Program Manager Darren Law. “Each of our drivers have progressed so much since the start of this year, and we’re proud to be a part of their growth. The Trophy West Series really puts on a great program. There’s something special about being a part of a driver’s development and to have three of our drivers each capture the championship title in each of their classes is very rewarding. We are proud we have a garage full of such great competitors.”

Since becoming a customer racing team in 2014, Flying Lizard Motorsports has expanded from a two car team in the IMSA championship to manage four cars and two programs in the SRO America championships, seven cars in the Porsche Trophy West USA, one entry in the Pikes Peak International Hill Climb, continue as a tire development partner with Toyo Tires, and become Lamborghini Squadra Corse’s latest partner establishing a testing program with the Super Trofeo car.

The sports car team will announce 2020 plans for their various programs in the coming months as Law continues to build customer racing efforts across North America.