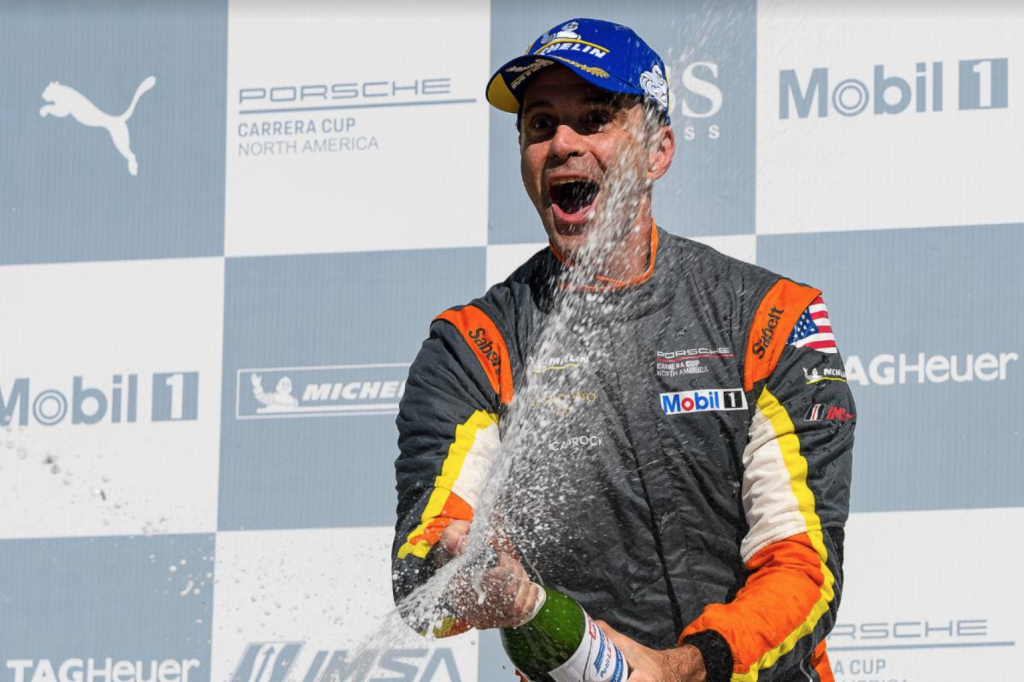 “Road Atlanta is an amazing track and we have so much history here,” said Team Owner Darren Law. “I am proud of both the Flying Lizard team and Chris Bellomo. We have had another successful season and Chis is progressing well as a driver. We fulfilled all our objectives for 2021 which were to gain race experience for Chris, lock up the drivers’ Championship in Yokohama Porsche Drivers Cup, and have good finishes in Porsche Carrera Cup. We look forward to building on this for 2022.”

In addition to racing in the Yokohama Drivers Cup, where he earned eight wins and the Platinum Championship, Bellomo expanded his racing efforts to include select events in the IMSA Porsche Carrera Cup North America Presented by the Cayman Islands, a single-make Porsche racing series that runs in support of the IMSA WeatherTech SportsCar Championship.

Bellomo made his series debut at Road America early in the summer, finding his feet amongst his competition in the new series. The season finale weekend kicked off to a good start for Bellomo, who qualified third in the ProAm 991 class. He had a clean and competitive run for the first of three 45-minute races, finishing second, capturing his first podium in the new series. In race two, he started fourth and was enjoying a good run until contact caused a mechanical issue on the car, ending his race prematurely. The team repaired the car Thursday evening and had the No. 68 Porsche ready to race by Friday morning, where Bellomo earned a second-place finish after starting in fourth, putting in a strong drive to close the season out with a positive result.

“I’m super happy with the way the season ended,” said Bellomo. “Race two wasn’t what we all hoped for, but it was nice to finish in second place in Carrera Cup. Combined with the Yokohama Drivers Cup championship title, we accomplished our goals for the season. Big thanks to Darren and Johannes for their support, and to Flying Lizard for giving me such a great crew. Dieter’s work on the car has been great all season. I’m really looking forward to next year, improving as a driver, growing, and hoping to have some more success next year.”

The Michelin Raceway Road Atlanta triple-header officially brings the 2021 race season to a close for Flying Lizard Motorsports. In anticipation of the 2022 race season, the Lizards are hard at work building the race programs for another season, to be announced after the New Year. For the latest information, visit lizardms.com and sign up for team updates.