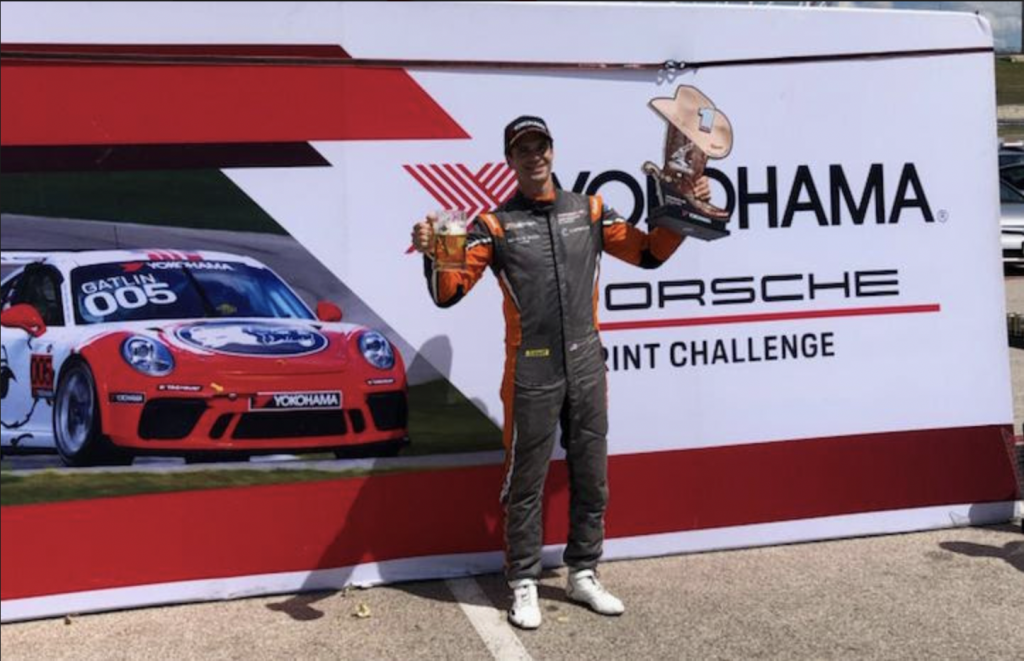 This has been amazing to not only run the full season in the Porsche Sprint Challenge but to also have so much success with all our cars and drivers. As expected, we had our share of ups downs throughout the year but all 4 drivers drove extremely well, the crew performed at a top level, and we had a lot of success this year. We not only obtained multiple podiums and wins but we secured Drivers Championships and also clinched two Team Championships. I am extremely proud of what we accomplished this season.

After racing with the Lizards in the Yokohama Drivers Cup in 2021 and clinching the Platinum class title, Chris Bellomo stepped into the Porsche Sprint Challenge North America to seek new challenges. Racing in the Porsche Sprint West Championship, in a 992 GT3 Cup car. Bellomo again emerged as the champion, earning nine wins, one second-place, and two third-place finishes. His personal highlight of the season came after finishing fourth overall and second in class in both races at the season finale, closing out another successful Porsche race season.

“After a challenging race two at Indy, the team really rallied behind me and had the car in perfect running condition the entire weekend,” said Bellomo. “Dieter Beuhler’s work on the car was amazing and Johannes van Overbeek had me well prepared before, during and after each race. The entire Flying Lizard Motorsports team has been amazing! I have been surrounded by patient, supportive and talented people for two years. I am thankful and fortunate for my opportunity to race with the Lizards!”

Closing out the 2021 season as the Yokohama Drivers Cup champion in the Silver class, Mike Gaulke also sought new ground to climb with the Lizards for the 2022 season. He succeeded, earning an impressive nine wins in his 12-race championship fight.

“Having started the season with the objective of winning the championship, it is very satisfying to have been able to achieve that goal,” said Gaulke. “But this is not a one-person accomplishment. It was a team effort and credits go to my coach Thomas Merrill, my crew chief Cris Webber, and to the Flying Lizard organization for the great support they all provided we throughout the season.”

Paul Nemschoff kicked off his first season with Flying Lizard Motorsports in a victorious fashion, winning in the first weekend of the year at WeatherTech Raceway Laguna Seca. With a total of three wins, five second-place finishes and three top-three results, he came in second place in the Porsche Sprint Challenge North America West 991 championship.

“It was an exciting year racing the Dragon’s Milk Porsche with Flying Lizard,” said Nemschoff. “Second place in the National Championship is a solid result and foundation for future success. Special thanks to Flying Lizard and Marc Miller for preparing me to excel.”

Racing in the Cayman West Championship alongside Gaulke, Paul Bonderson and his Porsche came in second place in the final championship standings, are his pair of second place finishes at Sonoma Raceway and Circuit of the Americas. He celebrated three wins between VIRginia International Raceway and the fan-favorite of Road America.

“This was a great year of learning and having tons of fun,” said Bonderson. “I improved every time I hit the track. One of my best times was racing teammate Mike Gualke at Sonoma. I tried to pass him about three times but never made it. One of the other highlights was my first race in the rain. It was at IMS, heavy rain, and after two or three laps it was a lot of fun. I’m glad I participated in all of the events, National and the West.”

The Lizards also concluded the year as the Porsche Sprint Challenge USA West team champions in the Cayman and GT3 Cup 992 categories. In total, the Lizards closed out the season with 24 class wins and an additional 27 podium finishes. Plans for the team’s future race programs will be announced at a later date.