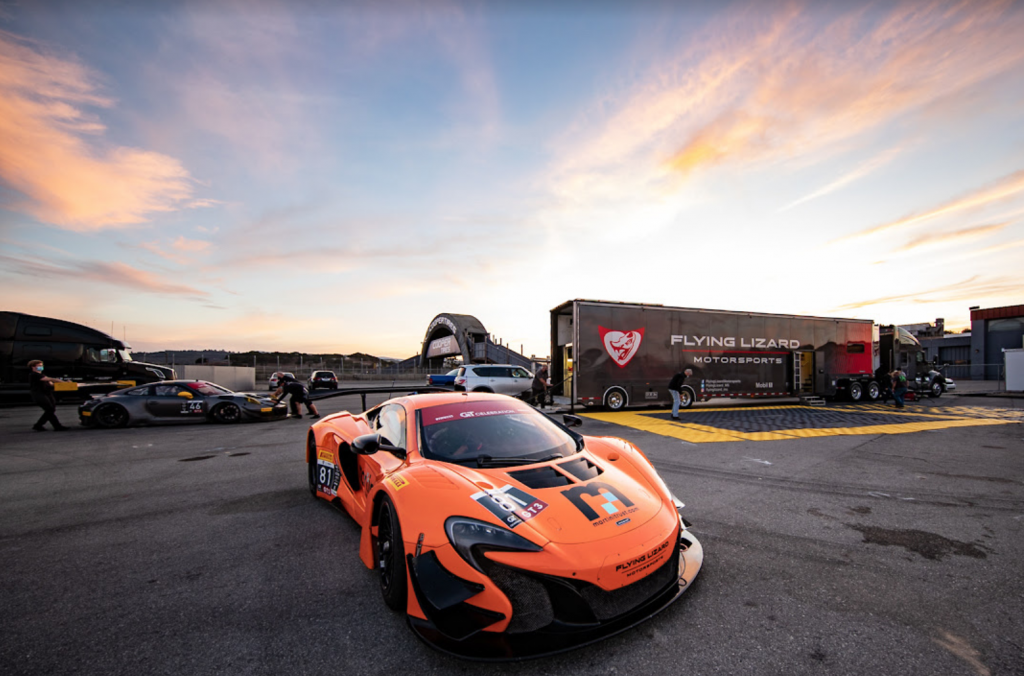 SONOMA, Calif., (April 6, 2021) — Two 2021 sports car racing championships will get started this weekend at Thunderhill Raceway, and Flying Lizard Motorsports is ready to kick the new year off with a five-car lineup for opening weekend with GT Celebration and the Yokohama Drivers Cup USA.

The ten-time sports car racing champions will have a total of three cars returning to GT Celebration in the 2021 season, but 2020 inaugural champion Andy Wilzoch and his Porsche GT3 R will be the only Lizard entry competing in the first two rounds this weekend. With seven wins and six pole positions, Wilzoch and the Lizards swept the championship of the newly formed series. Brent Martini and his McLaren 650S GT3 will start the season at the second event next month at Michelin Raceway Road Atlanta, and Alex Marmureanu 2020 champion of the Yellow class, and his Porsche 997 GT3 R will run select events throughout the year. Created for FIA Bronze-rated drivers, the seven-event schedule will feature two 40-minute races each weekend and expand to have four classes of competition. The addition of the Prototype Celebration class will allow LMP3 homologated cars to join the GT4 class and two GT3 classes.

Though a separate series, the Yokohama Drivers Cup USA will share many of its eight race weekends with GT Celebration. The format of the race weekends will vary between hosting two to three races, offering full-season competitors 22 races in 2021. Race length varies between 25 minutes and 40 minutes, depending on run group. Previously a Porsche-only series, the new season will see the debut of the Ferrari platform joining the seven Porsche classes.

“We are really looking forward to getting the season started with both Yokohama Drivers Cup USA and GT Celebration, and it will be great to get back to racing,” said Team Principal Darren Law. “Both series will have some expansion in their schedules, so to be able to go to some new tracks this year such as Road Atlanta and Mid-Ohio will be great. Both of these series do a nice job and our customers enjoy racing here it shows by how many return each year. It will also be great to be back together with our professional coaches Johannes Van Overbeek, Thomas Merrill, and Ross Thompson, they are always able to get the most from our drivers. We’re ready to get started.”