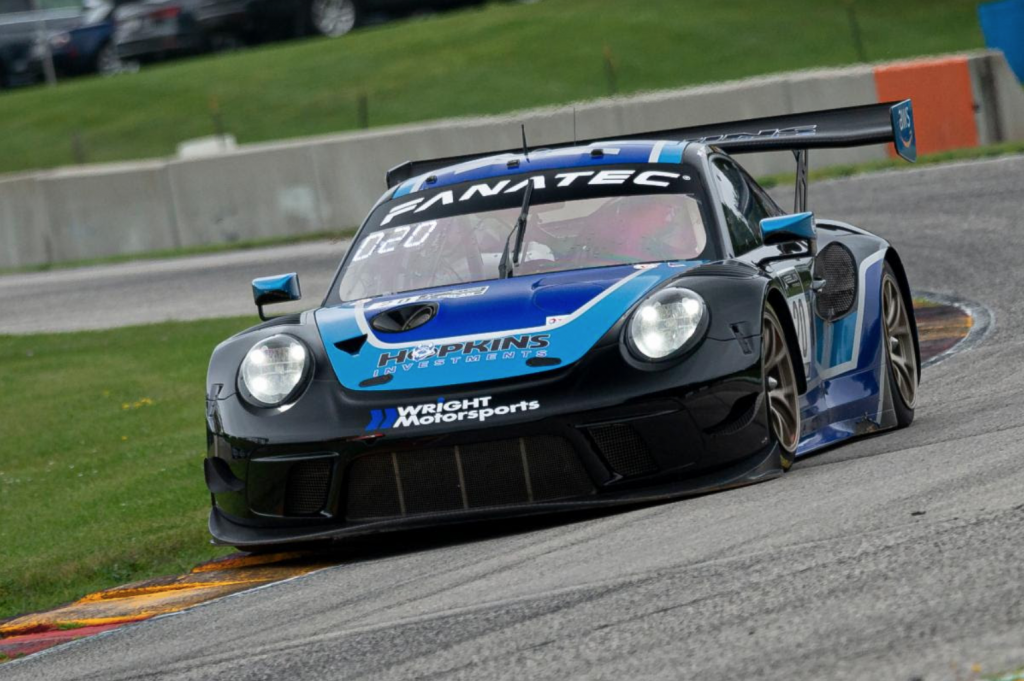 WATKINS GLEN, N.Y. (September 15, 2021) – The schedule continues to move almost relentlessly forward for Wright Motorsports as the SRO America series returns September 17 – 20. Wright Motorsports will approach the Watkins Glen International weekend with a sizeable point leads in both GT World Challenge America and GT America series. Though the drivers and crew of the No. 20 Porsche 911 GT3 R and No. 45 Porsche 911 GT3 R have little pressure in the championship fight, the customer racing team will continue to execute at the highest level to ensure optimal success for the approaching double-header.

“It’s great to be heading back to Watkins Glen International for the second time this year,” said Team Owner John Wright. “We spent two weeks here in June and July and we have been looking forward to coming back. Watkins Glen is a special place for race fans, and we look forward to putting on a good show for them. This entire season has been a very successful one for both of our SRO programs and we look to continue that success this weekend.”

The paddock will be open to all race fans, and driver autograph sessions will again take place, with locations to be determined. For sports car racing fans unable to attend the event, qualifying and race sessions can be streamed live on YouTube.com/GTWorld.

Fanatec GT World Challenge America Powered by AWS
Co-drivers Fred Poordad and Jan Heylen have had an impressive season to date in the headlining SRO America series, GT World Challenge America. In the highly competitive Pro/Am class, the pair has accumulated three wins, finishing on the podium in all eight races of the 2021 championship season held thus far. With 25 points awarded to first place, the team of the No. 20 Porsche 911 GT3 R has a 68-point lead with three more opportunities to grab points remaining. Despite the comfortable gap over the competition, fans will not see this pairing take it easy during the approaching race weekend. Fresh off their second race win of the year following a series of second and third-place finishes, the energy in the team remains high with everyone eager to execute performance at the highest level.

Fred Poordad
I’m looking forward to the Glen. It’s a beautiful track and environment with a lot of history. It’s also a challenging track. I’m confident Wright Motorsports will give us a great car and we need to execute. It’s crunch time now with three races in the span of a month. Time to perform and have some fun!

Jan Heylen
I’m looking forward to going to Watkins Glen. We’re coming off a good weekend at Road America and finally have a healthy points lead. We just need to maintain our course, be consistent, and not take too many risks. If we can do that, we should be in a strong place to finish the season leading the class. Watkins Glen is a fun track in a GT3 R, with its high-speed corners, and with all the downforce. Fred hasn’t been there in a few years, and after a good test, we’re excited to get the weekend started.

GT America Powered by AWS
Driver Charlie Luck has enjoyed a near-perfect season this year in GT America, driving the No. 45 Porsche 911 GT3 R. Not only has he earned nine class podiums in ten races, but the longtime Wright driver has also secured seven overall podiums, including one overall win. He leads Jeff Burton both in the SRO3 and SRO3 Masters standings, holding the top spot by 21 and 22 points, respectively.

Luck’s back-to-back races will take place on Saturday, September 19 at 5:50 PM and Sunday, September 20 at 9:00 AM Eastern, airing live on youtube.com/GTWorld.

Charlie Luck
Watkins Glen has an emotional connection for me and inspired my interest in sports car racing. When I was 15 years old, I attended the first Formula One race in my life. I knew that I really wanted to road race. Unfortunately, I could never find sponsorship. This coming race weekend at Watkins Glen, I’m really excited. The track is extremely fast and certainly requires a tremendous level of commitment to optimize the lap time. We did some good testing and have a good setup for the car, and we are ready to be focused and consistent and end with a good finish.