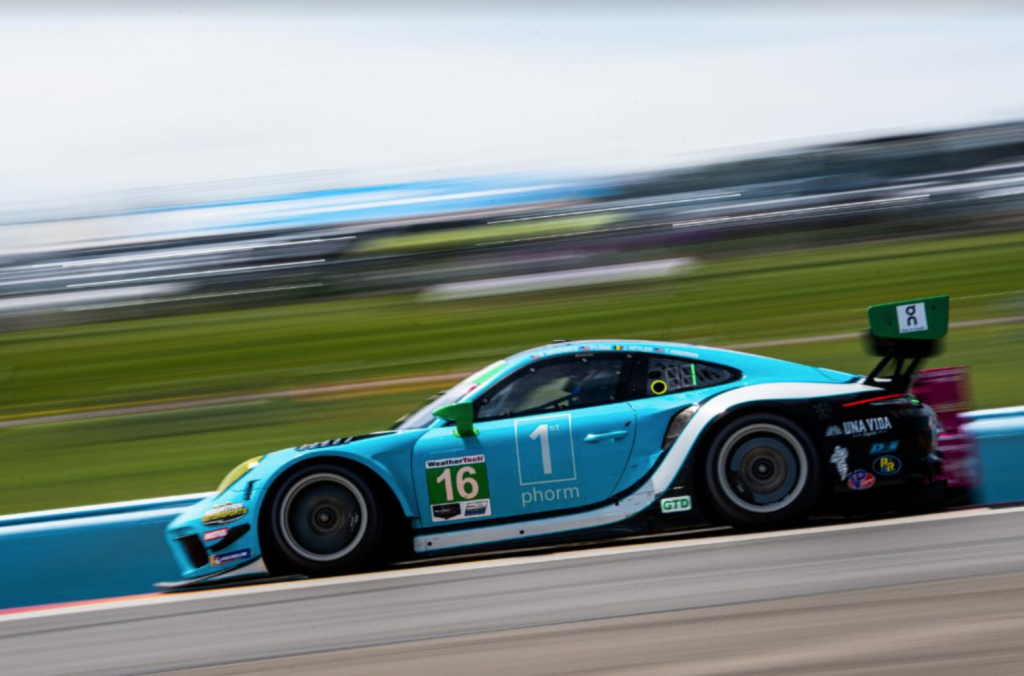 LONG BEACH, Calif., (September 22, 2021) – The California swing of the IMSA WeatherTech SportsCar Championship takes Wright Motorsports to the streets of Long Beach this weekend. The 46th Acura Grand Prix of Long Beach will feature 100 minutes of tight competition on the temporary street course circuit, never failing to provide both fans and competitors with an exciting sprint racing event. The No. 16 1st Phorm Porsche 911 GT3 R is on a roll with two back-to-back podiums, intensifying the 2021 championship battle with three races remaining.

“After a pole position and a third-place finish at Laguna Seca a couple of weeks ago, we’re feeling the momentum heading into this weekend,” said Team Owner John Wright. “Our consistency of execution has been on point, and we’ll be fighting hard this weekend to make more gains in the point standings.”

Traditionally held in April, the Long Beach Grand Prix has become a staple of the North American sports car racing calendar. Racing alongside the Daytona Prototype international (DPi) and GT Le Mans (GTLM) classes, this will be the first time since 2017 that the GTD class has raced at the Grand Prix.

The 1.968-mile, 11-turn temporary street course will be new to driver Trent Hindman, but the expertise of two-time race winner Patrick Long will be of great use as sessions get underway on Friday morning. With tight corners and concrete walls lining the circuit, the track offers little forgiveness for mistakes.

The Grand Prix of Long Beach will start with Thunder Thursday, the annual kick-off street party that begins at 6:00 PM in downtown Long Beach at the Pike Outlets. Fans can enjoy live music, pit stop demonstrations, motorcycle stunts, and the Wright Motorsports Porsche on display. The event is free and open to the public. For more information, visit gplb.com.

Patrick Long
No. 16 Wright Motorsports Porsche 911 GT3 R
Coming off of two podiums, we want to keep our momentum and drive toward the end of the season in the same light. The execution from the team has been spot on. As a driver, I’m continuing to try to push the envelope and be there in those final laps of the race. Long Beach is such a unique event on the calendar for on-track scheduling, driving style, and the nature of the track. There’s a big field of GTD cars, and it’s going to be intense and competitive as always. Tight. That’s the theme of street course racing, and especially Long Beach, with the final corner being the tightest corner that I can remember ever racing on. I’ve been fortunate to race on many street tracks on many different continents, and Long Beach is definitely my favorite, followed closely by Monaco.

Trent Hindman
No. 16 Wright Motorsports Porsche 911 GT3 R
Last time GTD visited Long Beach, I had yet to step foot in anything GT3. Now, four years on, the challenge of learning a new street circuit becomes less steep when considering the familiar machine behind us at Wright Motorsports. We’ve had excellent execution in the last two outings, but it’s about time we get the 1st Phorm/Mountain Motorsports/Una Vida team a win, and motivation is at an all-time high to make it happen.