EVENT PREVIEW: Wright Back in Wisconsin for SRO America Weekend as Points Leaders

EVENT PREVIEW: Wright Back in Wisconsin for SRO America Weekend as Points Leaders 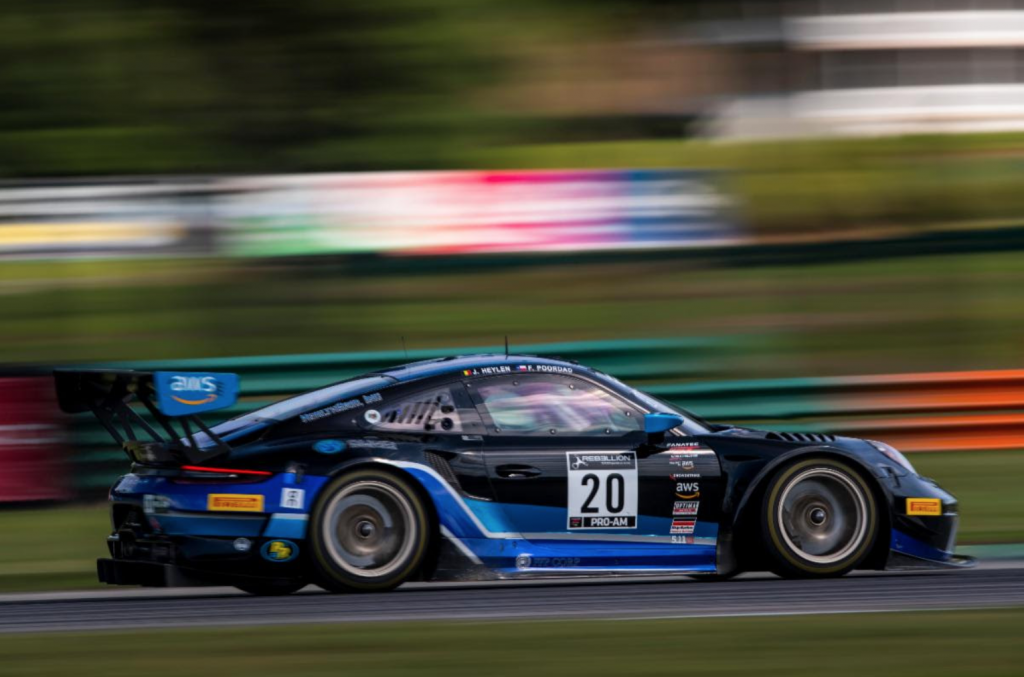 BATAVIA, Ohio. (August 24, 2021) – Wright Motorsport heads to Elkhart Lake, Wisconsin for the second time this month, this time to compete in the Fanatec GT World Challenge and GT America series. The Batavia, Ohio-based Porsche customer racing team enters the weekend as the points leaders in both series, looking to continue a season of consistent execution to expand the point leads.

The weekend will be significantly less busy for Wright than the IMSA WeatherTech SportsCar Championship Road America weekend two weeks ago, which involved 43 team members, eight transporters, and six cars racing in two different cities. The SRO America event will run two cars this weekend: the No. 20 Porsche 911 GT3 R of Fred Poordad and Jan Heylen in the Fanatec GT World Challenge America and the No. 45 Porsche 911 GT3 R of Charlie Luck in GT America.

“While this may be a lighter weekend logistically than our last time here, it’s no less important,” said Team Owner John Wright. “Both of our cars are looking incredibly strong with their championship leads, but we’re only halfway through the season. We have to stay focused, stay vigilant, and keep those consistent podium results coming.”

The event will begin on Thursday, August 26 at 5:00 PM Central Time, with a parade of GT cars driving from Road America to Siebkens Resort in downtown Elkhart Lake, Wisconsin. There, fans can come to the official Welcome Party of the race weekend, enjoy live music, and see the race cars on display into the evening hours. The fan engagement will continue into the weekend with the return of autograph sessions in the paddock on Saturday, August 28 at 10:30 AM for GT World Challenge America and 3:30 PM for GT America.

Fanatec GT World Challenge America
After a strong double-podium weekend at VIRginia International Raceway in June, Fred Poordad and Jan Heylen have a solid, 28-point lead in the top SRO race series. With 25 points being awarded for each win, the pair can stay at the front by continuing to net podium finishes consistently. To date, they have finished on the podium in all six races, with seven races remaining. In the team standings, the gap Wright Motorsports holds over the second-place team is a narrow two points, keeping the pressure high heading into Road America. Poordad had a strong performance at the Wisconsin circuit in 2020, securing back-to-back wins with co-driver Max Root. This weekend, Poordad and Heylen will be one of eleven cars competing in the class, and one of only a few to have tested privately at the circuit just last week.

Fred Poordad
Road America is an exciting track with great fans and a long racing history. The track is fast and requires focus and no mistakes for a good outcome. I’m looking forward to getting back in the saddle after a two-month layoff. The team will rise to the occasion and go out there and have some fun!

Jan Heylen
It’s always fun to go back to Road America. It’s one of the classics on the schedule and it’s especially fun to drive in a high downforce car like the Porsche 911 GT3 R. I am really excited to go there in the lead of the championship and, hopefully, we can leave the weekend with another podium, extending our points lead. We’ve had a really good season so far. The Wright team, Fred, everybody’s been super consistent and we’re going to try to continue on that path. We are looking to come away with a lot of points and another podium.

GT America Powered by AWS
While the GT World Challenge competitors had an almost three-month break, the GT America championship jumped back into action earlier this month with the Music City Grand Prix in downtown Nashville. Despite contact from another car early into one of the two races there, Luck was able to navigate the Porsche through the tight course to secure two second-place finishes in the inaugural event. His double-podium weekend gave him his seventh and eighth podiums in eight races. He now leads the overall point standings as well as the Masters class by over 30 points. Wright also currently reigns in the team standings, holding the lead by five points.

The GT America races will also air live on YouTube.com/GTWorld, with race one taking place on Saturday, August 28 at 4:15 PM, followed by race two on Sunday, August 29 at 8:30 AM CT.

Charlie Luck
Coming out of the Nashville street course, Road America will be totally different. There are lots of high-speed corners and driving the Porsche 911 GT3 R here for the first time means I need to adapt a lot of my techniques to this specific track. We tested here and learned a lot. I can’t wait.