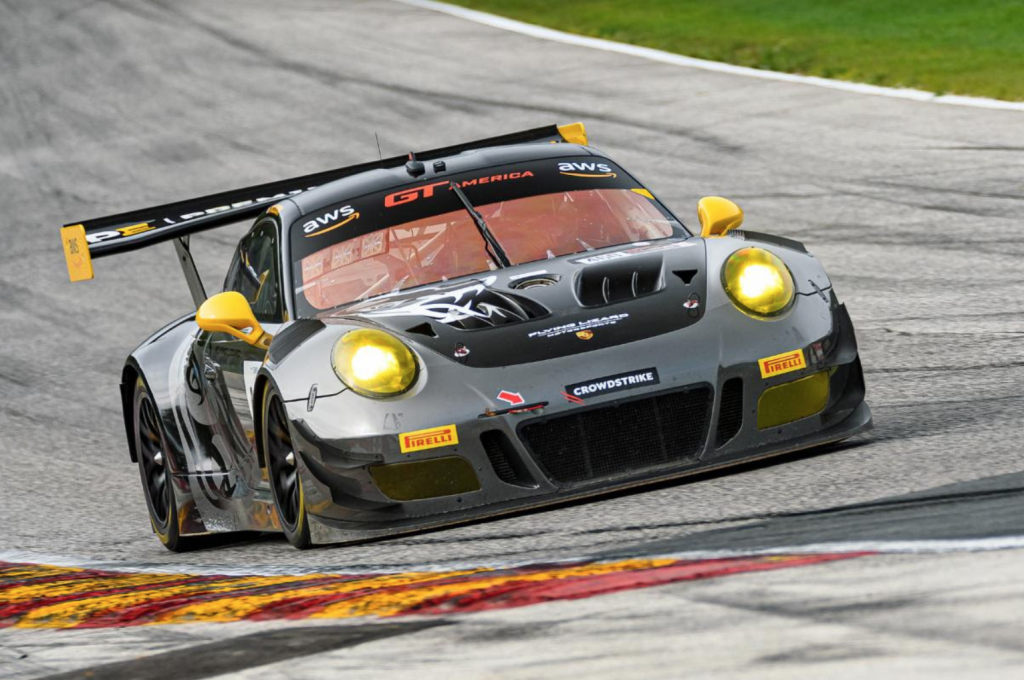 WATKINS GLEN, N.Y. (September 16, 2021) – After a triple podium weekend at Road America in the previous GT America doubleheader, Flying Lizard Motorsports will race this weekend at Watkins Glen International, returning with Andy Wilzoch and the No. 460 Porsche 911 GT3 R. The team will also field two entries in the Yokohama Drivers Cup at Utah Motorsport Campus, driven by Chris Bellomo and Mike Gaulke.

After his podium finish in race one and race win in race two at Road America, Andy Wilzoch will no doubt be excited to get back to racing in GT America at Watkins Glen International. Though he was poised to have a good fight for position and the final race win at Road America last month, oil on the circuit during race two caused the majority of the race to run under caution. This weekend, Wilzoch will have the opportunity to enjoy more green-flag racing, with two 45-minute races on Saturday and Sunday. Fans can follow the No. 460 Flying Lizard Porsche 911 GT3 R live with race one on Saturday, September 18, at 5:20 PM Eastern, and race two on Sunday, September 19 at 9:00 AM. Both races will stream live on YouTube.com/GTWorld.

“For our Utah event, both of our drivers are currently leading the championship in their respective classes, so we hope to maintain that momentum as we move towards the final events of the season,” concluded Law.

In the Yokohama Drivers Cup, the team will field two entries this weekend at Utah Motorsport Campus. With two rounds remaining, both Flying Lizard efforts currently lead their respective drivers’ championships. Current Platinum class points leader Chris Bellomo will race his Porsche GT3 Cup Car, and Mike Gaulke will run his Porsche Cayman GT4, currently first in the silver class. The weekend will consist of two 40-minute races, also on Saturday and Sunday, though not available to be viewed online.