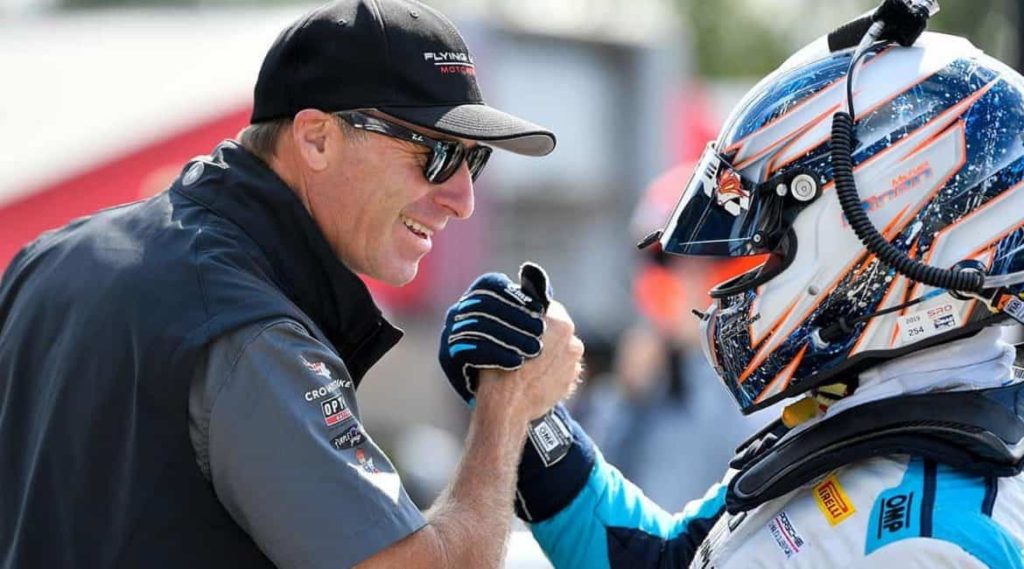 “The 2020 season will bring some exciting challenges for us,” said Program Manager Darren Law. “We have new manufacturers, new cars, and new relationships to build on. We’ve had a longstanding relationship with McLaren, and we’ve been enjoying getting up to speed with Aston Martin’s team and cars.”

After months of engineering and testing, the California-based sports car racing team is fully prepared for a full season of racing and the new challenges and rewards it will produce.

“We have spent a lot of time in the off season going through the cars,” said Law. “We have done several days of testing, so even though it has been a learning process it has been good experience for all the guys. Porsche was our primary manufacturer for many of our early years as a team, but over the past five seasons, we have expanded our programs to work with several more brands. Through these new and exciting challenges, we have proven we are a team capable of winning with multiple manufacturers.”

Michael Dinan will return for his second action packed race season, again competing in both the Sprint and SprintX championships. The 2019 season marked Dinan’s first in professional racing, where he earned three podium finishes. While the season was filled with ups and downs, the young rookie earned 10 top-five finishes in his 21 races.

Dinan: “Last season I had many ups and downs, and I reflect on my 2019 as a learning experience, and I am looking to turn things around in 2020. Every mistake I made in 2019, I learned from, and I believe I have made tremendous progress as a driver in the past year. Following the 2019 season, I made the decision along with Robby and Flying Lizard to change to cars to the Aston Martin Vantage GT4 for the 2020 season. We reviewed all the car options for the series and believe the Aston will give us the best chance at winning races this year.

“Since then, I have tested our new cars for the GT4 America season with Robby and Flying Lizard this past month and we are feeling confident going into COTA. It was a lot of work for the whole team to make the change in this off season, but we are set for COTA now and in a much better position than last year. Robby and I definitely want to be on the podium in Austin again, so we will do everything we can to be up front.”

Robby Foley is back as a co-driver with Michael Dinan in the SprintX championship, completing the Pro/Am lineup for the No. 21 Aston Martin Vantage GT4. Foley has been a strong addition to the team and pair, also racing full time in the IMSA WeatherTech SportsCar Championship, where he finished second in the GTD class championship in 2019. He earned three podiums last season with Dinan, starting the year off with a double podium weekend in Austin, where he hopes the duo will start the new championship off strong.

Foley: “I’m excited for another season of GT4 racing with Michael and everyone at Flying Lizard Motorsports! The Aston Martin is an exciting car and a new challenge for everyone in the team, but we’re looking forward to debuting our new package at Circuit of the Americas.

Erin Vogel made her Pirelli GT4 America debut last season, competing in the double header at Sonoma Raceway, a home track for Flying Lizard Motorsports. She has logged plenty of seat time with Flying Lizard Motorsports over the last two years, competing in the 25 Hours of Thunderhill and the Porsche Trophy West USA series, in addition to off season testing. Vogel most recently competed in a three day test in the No. 30 McLaren 570S GT4, which will run the entirety of the SprintX championship.

Vogel: “This last test we did was three solid days of development at two very different tracks. We were really able to get a lot of good engineering work done, as well as driver development and team strategy. We are constantly seeing improvement, so that’s always a good feeling. It’s very satisfying to finally get to this season-opener, and to debut this new program which was many months in the making. COTA is an interesting circuit that I’m looking forward to returning to. It’s got a lot of different and unique challenges.”

Michael Cooper will be the only new driver to the team, though the sports car racing champion has worked with several members of Flying Lizard through the years. He’ll race alongside Vogel in the SprintX championship, completing the Pro/Am lineup.

Cooper: “For me, I’m just eager to get back to racing.  Having already completed the better part of a week of testing with the team’s new car, there is a solid foundation to work from once we get to Austin. COTA has a lot of distinct characteristics which makes it more European style than any other venue in North American. From our point of view, that style of track is a positive one because the McLaren was developed in that environment. As far as other competitors go, the entry list looks healthy for GT4 all around which makes it even more exciting to be going racing.”

The Pirelli GT4 America SprintX championship expands to consist of two drivers together completing two sixty minute races, with one pit stop required. Each driver will participate in a 15 minute qualifying session to determine their starting position for one of the two races. The first driver of the pairing will start race one, and the second driver will take over during a mid-race pit stop to complete the event. The order will swap for race two, with the second driver taking the opening stint, and the first driver finishing the race.

The Track
Built in 2012 as a grade 1 FIA specification permanent road course, Circuit of the Americas sits less than 13 miles from the heart of Austin. The 3.427 mile track hosts 20 turns and sweeping turns and 133 feet in elevation changes. With large, sweeping runoff areas, this track’s events are notorious for “track limit violations,” a penalty assessed for drivers who go off significantly off course and are able to continue. Flying Lizard Motorsports currently holds six podiums and an additional two top five finishes at the permanent road course.

Tune-In
Live streams of qualifying and both races will be held on GT4-America.com and the GT World Challenge YouTube Channel. Fans can listen to the race live on SiriusXM Radio on channel 202, or on the app at 969. Live Timing will be available here . Tape delay broadcasts of the Sprint events will air on CBS Sports Network March 17th at 8:00PM Eastern, and the SprintX at 10:00PM Eastern.