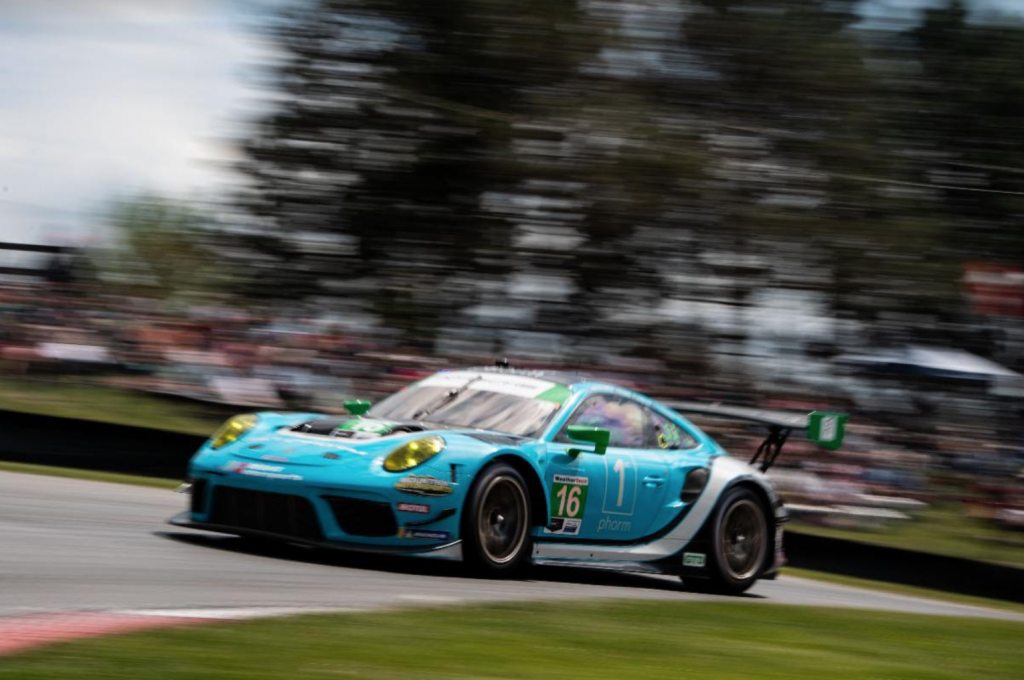 BATAVIA, Ohio. (July 14, 2021) – The battle for each of the 2021 IMSA Championship titles heats up this weekend at Lime Rock Park for the next rounds of the WeatherTech SportsCar Championship and Michelin Pilot Challenge. The “Road Racing Center of the East” will host the condensed weekend, in which Wright Motorsports will enter a Porsche in each series, with both races taking place on Saturday, July 17th.

“It will be a brief but fun weekend at Lime Rock Park,” said Team Owner John Wright. “After last year’s race was canceled due to the pandemic rescheduling, it’s great to finally be back racing at such a special track. Our cars should be strong, and we’re hoping to add some more points to our championship standing as we get closer to those titles.”

IMSA WeatherTech SportsCar Championship
In the WeatherTech GTD class, the duo of Patrick Long and Trent Hindman will have their first sprint race together following Ryan Hardwick’s recent decision to focus solely on this Michelin Pilot Challenge GS racing effort. Long and Hindman celebrated a strong qualifying session at the previous round, the Six Hours of the Glen, earning a second-place starting position and third-place qualifying points. Qualifying will be crucial this weekend at Lime Rock Park, as the 1.5-mile, seven-turn road course offers little room for passing or rest. Pit stop strategy and execution, an area where Wright Motorsports continuously shines, will also play a large role in the final race results, as it will provide strong competitors with an additional opportunity to gain position on a tight course.

The Northeast Grand Prix will consist of a tight schedule, with practice one, two, and qualifying all being held on Friday, July 16. Saturday, July 17 will kick off with an early warm-up, and the field will take the green flag at 3:00 PM Eastern, live on TRACKPASS, and tape-delayed on NBCSN at 5:30 PM Eastern. Before the race goes green, IMSA will host its usual pre-race open-grid fan walk, where fans will be invited to pit lane to view the cars and meet the teams. Wright Motorsports will host pit stop demonstrations during this time, open to all fans to watch. The open grid fan walk will run from 2:05 PM to 2:50 PM.

Patrick Long
No. 16 Wright Motorsports Porsche 911 GT3 R
Lime Rock is sports car racing’s version of a bullring; very tight, technical, and hard to pass on. The team’s racecraft and strategy must be picture perfect. Car-wise, it’s a difficult one for tire life. Over the history of the track, the Porsche 911 has proven very well suited for Lime Rock with the car’s agility and light-touch attitude. Driving this track tests the driver’s mentality as you are often in tight quarters traffic and there is little time for a break. I like how the race rewards entrants who really put a complete race together.

Trent Hindman
No. 16 Wright Motorsports Porsche 911 GT3 R
Lime Rock marks the first non-endurance event of the year for me with the 1st Phorm, Wright Motorsports Porsche. Fortunately, it is a racetrack I know quite well since it’s the IMSA round that lands closest to home. Just looking at how strong Wright Motorsports has been at Lime Rock in the past and obviously Pat’s history of success here, I’d like to think we will land well towards the front of the grid. The opportunity to get to know this team through three major endurance races before heading into the sprint-focused portion of our year gives great confidence in what we have together.