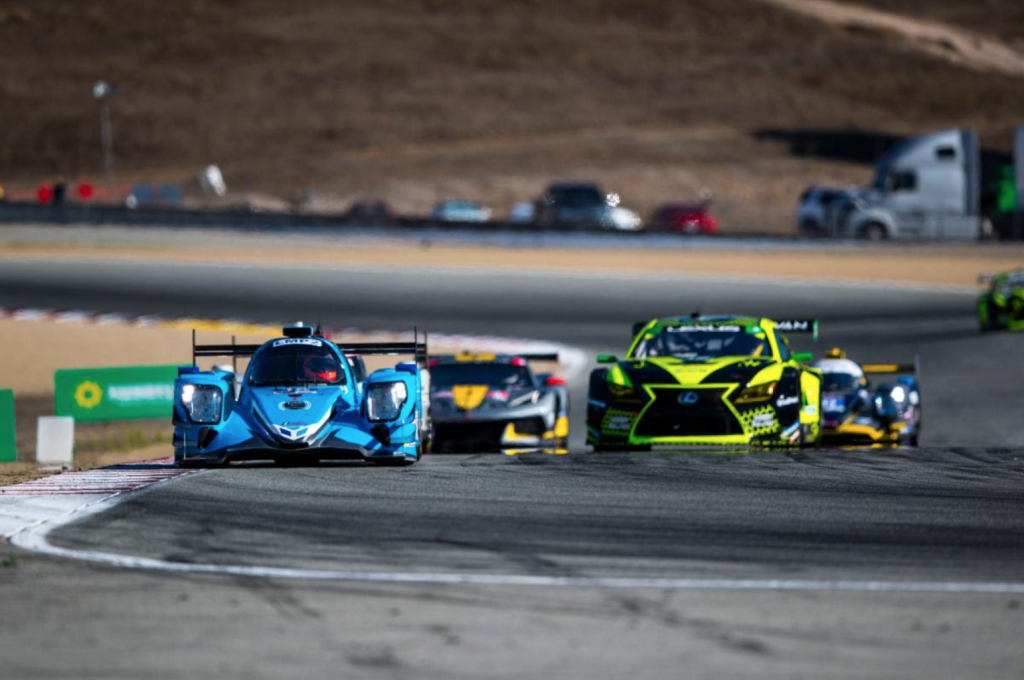 MONTEREY, Calif., (September 13, 2021) – Era Motorsport’s hopes of again finishing on the IMSA WeatherTech SportsCar Championship podium were dashed Sunday afternoon when another car sent the No. 18 Oreca LMP2 car off course in WeatherTech Raceway Laguna Seca’s iconic Corkscrew with just seconds left on the race clock as the team ran in second place.

“Our car showed great speed all weekend, and both of our drivers were really dialed in,” said Team Owner Kyle Tilley. “It’s a real shame that we were taken out in the final corners. Everyone on the team deserved to celebrate another podium after the stellar performance they put on this weekend. I’m sorry they didn’t get that opportunity.”

The No. 18 Oreca, with drivers Dwight Merriman and Ryan Dalziel, showed strong speed in the opening practice, placing second in the LMP2 class. The team progressed for practice two, placing in first over the PR1 Mathiasen Motorsports car. For qualifying, the solid performance continued, securing a second-place starting position for Sunday’s sprint race, the Hyundai Monterey SportsCar Championship.

Dwight Merriman started the race in second, swiftly taking the lead from Ben Keating in the No. 52 PR1 Mathiasen Motorsports Oreca as they roared down the front straight at the drop of the green flag. An early race caution paused the race and grouped the field back together, eliminating Merriman’s lead over the LMP2 field. The No. 18 was passed on the restart, running the majority of the first stint in third.

Ryan Dalziel took over for the final two-thirds of the race, eventually working his way back up to second place, creating a comfortable gap ahead and behind the Era Motorsport car. He held the position to the final lap, when another car dove into Dalziel’s, sending him straight into the advertising signs propped up along the sides of the Corkscrew. Unable to fully see the course, Dalziel continued, swerving to try to remove the signage off the car. In the end, the No. 18 was unable to maintain position, finishing in fourth place.

The team next competes in Petit Le Mans on November 13, the final race of the 2021 season. Era Motorsport, who started the year off on victory circle at the Rolex 24 At Daytona, then a second-place finish at the Twelve Hours of Sebring will be a strong contender for the finale event, showing their strength in endurance events. For event information, visit imsa.com.