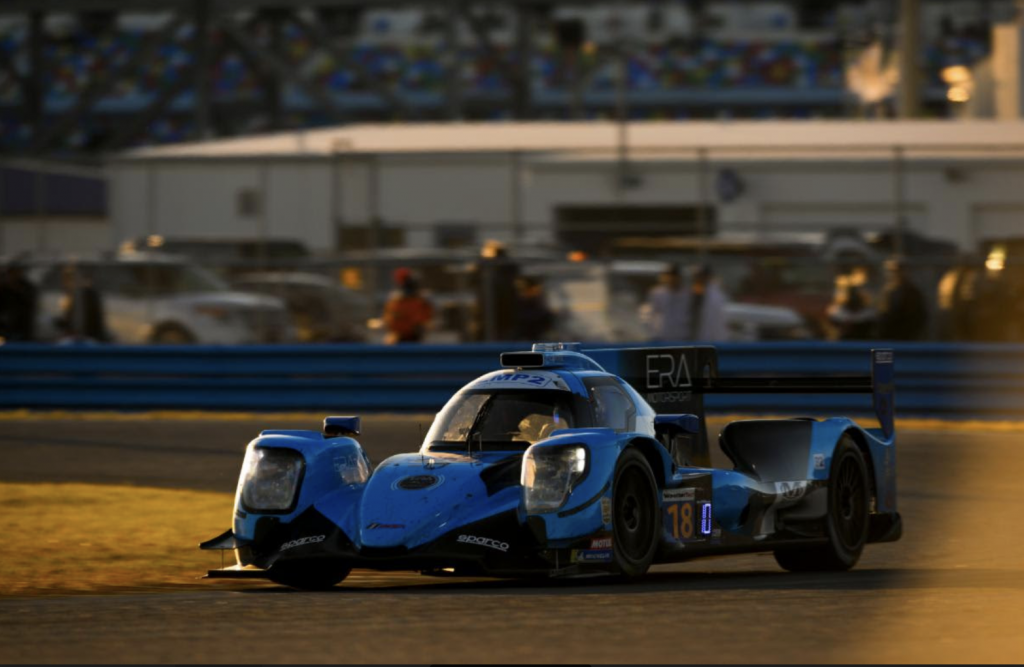 As the amateur-rated driver on the squad, Dwight Merriman put in one of his best qualifying sessions in last year’s run, setting the No. 18 car to start in third place. The team showed a strong pace in a competitive and demanding race, dealing with attrition to fight back from adversity to celebrate a well-earned podium finish. The team continued to improve over the course of the season, earning another win at Road America in Wisconsin.

The team started the 2022 IMSA season off in January at the Rolex 24 At Daytona, rolling off the truck to show strong speeds and competitive strategy. End in the end, an issue with the gearbox ended the team’s run early in the final hour. Following the late rate heartbreak, the team has extra motivation heading into the Twelve Hours of Sebring.

The second round of the season, the endurance event is a favorite amongst fans and competitors, known for its bumpy track surface and festive infield, filled with enthusiastic race fans. The event is a home race for Ryan Dalziel, who lives in Winter Park, roughly 90 miles north of the circuit. The twelve-hour endurance race always delivers exciting racing and tough competition, displayed across the 3.741-mile, 17 turn road course.

The 70th Annual Mobil 1 Twelve Hours of Sebring Presented by Advance Auto Parts will take the green flag on Saturday, March 19 at 10:10 am Eastern, airing live broadcast coverage on Peacock, with an additional live auto broadcast on IMSA Radio. A full schedule of events can be found here.

DRIVER QUOTES
Dwight Merriman
From qualifying to our race pace and strategy, we were very strong last year at Sebring International Raceway. The team gave us a great car and even after being put a lap down due to some ill-timed full course cautions, we were still able to get the lap back and finish on the podium. We’ve learned a lot since then and have some race wins under our belt now. I’m looking forward to getting on track and getting this weekend started.

Ryan Dalziel
We are ready to bounce back at Sebring, literally. We had so much promise at Daytona with no result to show for it, so we are looking to get 2022 back on track. We came up just a few seconds short of winning in 2021, so we have some unfinished business. The field is really tough, but we had a good test last month I feel we are in great shape.

Kyle Tilley
I am super excited to be back at Sebring for the Twelve Hour. I feel like we have some unfinished business after coming so close last year! We had a fantastic test a couple of weeks ago, so we know we have a very fast car. I can’t wait to get started.