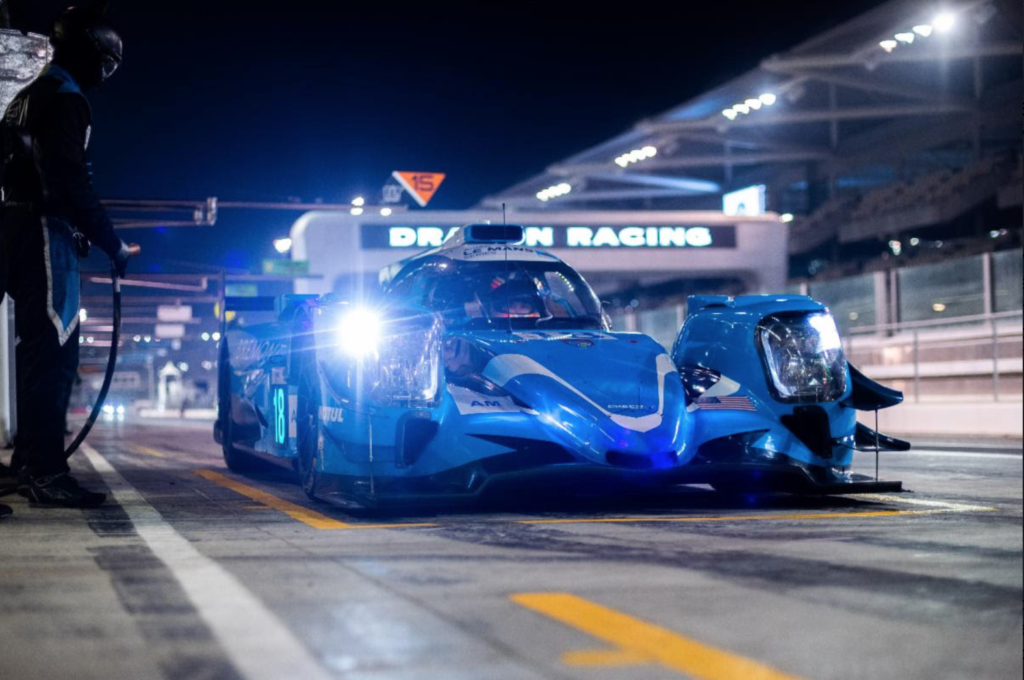 INDIANAPOLIS, Ind., (February 21, 2021) – One month after claiming victory at the Rolex 24 At Daytona, Era Motorsport has picked up their latest sports car racing title: LMP2 Am champions in the Asian Le Mans Series. The Indianapolis-based squad has spent the last three weeks in the United Arab Emirates with JOTA Sport for the four-race championship of the Asian Le Mans Series, the U.S. team’s first venture in the series. Drivers Kyle Tilley, Dwight Merriman, and Andreas Laskaratos drove the No. 18 Oreca LMP2 to class victory in each of the four races, making a clean sweep of the shortened season.

“Inaugural winners of the LMP2 Am class,” said Tilley, also team owner. “That’s pretty cool. I’m delighted for Dwight, Andreas, and the team to have added an LMP2 championship to the resume. It’s not something that is easy to come by at this level. A big thank you goes to JOTA Sport for running the program for us.”

The jump to a new series was no small task, especially as the team also campaigns a full-season entry in the IMSA WeatherTech SportsCar Championship. Era’s partnership with JOTA Sport in the Asian Le Mans Series continues to build on the progress the team has made while still only in their sophomore year of professional sports car racing.

“Joining a new series is always a learning experience, and with every new challenge Era has taken on, we’ve succeeded,” said Merriman. “JOTA Sport was great to partner with for this championship, as they have their own strong resume from international competition. Racing in the new LMP2 class was fun and really allowed us to learn and grow as we look to continue racing around the world.”

Andreas Laskaratos joined the American duo for the four Asian Le Mans Series rounds, proving to be a perfect addition to the lineup. The three athletes divided up the drive time for each of the four-hour races, while also needing to complete three mandatory-timed pitstops of 110 seconds.

“After an intense and condensed Asian Le Mans Series season, we came out on top as champions of the LMP2 Am class, something that the team as a whole should be very proud of,” said Laskaratos. “It is an amazing feeling, just trying to take it all in. I’m very thankful to Era and Kyle for the opportunity to be part of the project, it was amazing to be in the team, felt straight away like being at home. We have pushed very hard to improve daily and we managed to meet every target set. Now it’s time to recover both mentally and physically within a couple of days before moving on to new challenges ahead.”

The series featured a pair a four-hour races hosted at the Dubai Autodrome in the country’s capital, and the Yas Marina Circuit in Abu Dhabi. While the previous season had four races spread out over the course of four months, the current worldwide travel restrictions would have made such a schedule challenging for many of the competitors. Instead, the sanctioning body moved the races into two double headers over the course of two weekends, allowing competitors to take a month long stay in the UAE and participate in the full championship.

“We couldn’t be more grateful for the series for making this possible,” said Tilley. “I’m sure it was a logistical nightmare to figure out, but it was worth it. It was tiring to essentially go straight from the Rolex 24 to this four-race championship, but we loved the challenge.”

There will be no downtime once the squad returns to Indianapolis, as the IMSA WeatherTech SportsCar Championship’s Twelve Hours of Sebring is less than three weeks away, March 17-20. After winning the Rolex 24, the team stands as the LMP2 class leaders in the full season standings as well as the North American Endurance Cup. Ryan Dalziel will return as the third driver, to race alongside Tilley and Merriman. For full event information, visit imsa.com.