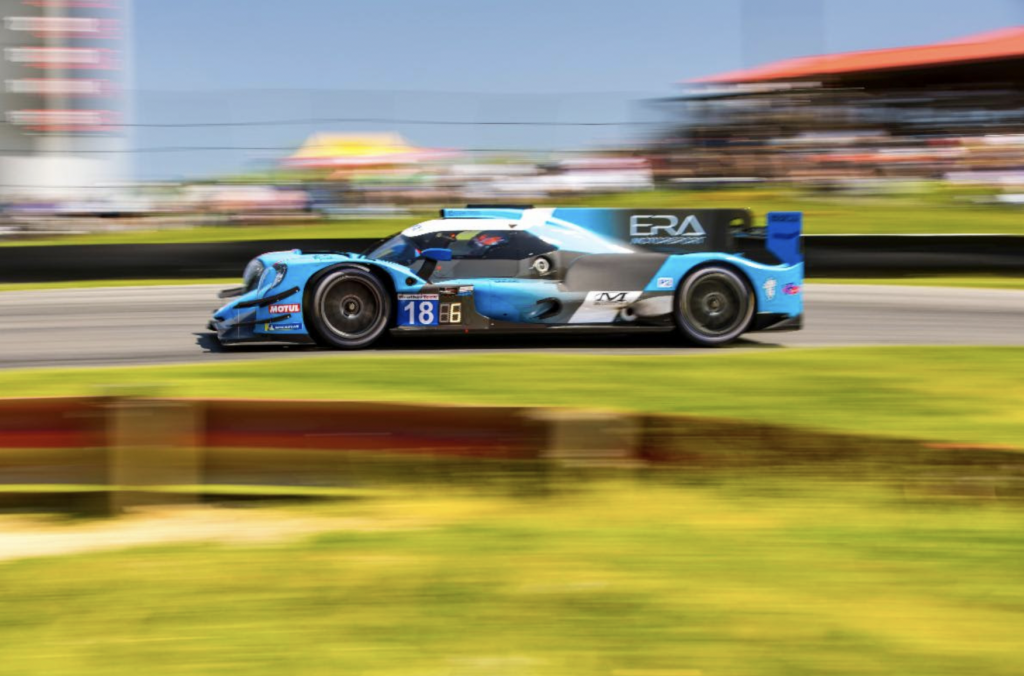 ELKHART LAKE, Wis., (August 2, 2022) – This weekend Era Motorsport’s LMP2 sports car racing program returns to Road America, the site of the first win for drivers Dwight Merriman and Ryan Dalziel together as a sprint-race pairing in 2021. Facing even stronger competition this season, the race-winning duo will ardently fight to defend last year’s win in the IMSA Fastlane SportsCar Weekend on Sunday, August 7.

With five races completed this season, the crew and the drivers of the No. 18 Oreca LMP2 prototype remain vigilant to return to the top step on the podium and earn their first win of the 2022 season. With just two events remaining in this year’s championship endeavors, the pressure is on for each racing program in the IMSA WeatherTech SportsCar Championship to accumulate the most points possible.

In 2021, Merriman and Dalziel closed out their first outing as a pair with an impressive victory, finishing 5.641 seconds ahead of the rest of the LMP2 class. This year, the team faces more stout competition, as the growth of motorsport continues to expand entry lists nationwide. Era Motorsport will be one of six teams competing in the LMP2 class on the 14-turn, 4.048-mile road course, and one of 37 entries contending in the overall race. Sunday’s race, the IMSA Fastlane SportsCar Weekend, will include all five IMSA WeatherTech SportsCar Championship classes, each competing for the best overall result as well as top honors in class.

As is standard operating procedure, the field will have two joint practice sessions on Friday, August 5 before qualifying separately by class on Saturday morning. The 15-minute qualifying session will set the grid for Sunday’s race, the penultimate event of the 2022 season for the LMP2 class.

The field will have two hours and forty minutes to battle for position, beginning Sunday, August 7 at 10:40 AM U.S. Central time. The race at “America’s National Park of Speed” will air live in its entirety in the USA on Peacock, and fans outside of the United States can visit IMSA’s International Coverage page to find local listings.

Dwight Merriman
We had such a strong run here at Road America last year, and it’s great to be back. The Era Motorsport prototype was incredibly strong here, and although the competition is pretty tough this year, we hope to again finish the Wisconsin race weekend on a high note. Our test here a couple of weeks ago went very well, and we feel we’ve gained some ground heading into the weekend.

Ryan Dalziel
Road America was a great track for us in 2021, with a pretty dominant win, but the LMP2-class competition is higher in 2022, so we also need to up our game. We had a good test at Road America earlier this year and we found some more speed in our No. 18 Era Motorsport Oreca. We need to turn our season around after a couple of difficult races, so we’re hoping Road America is good to us once again.