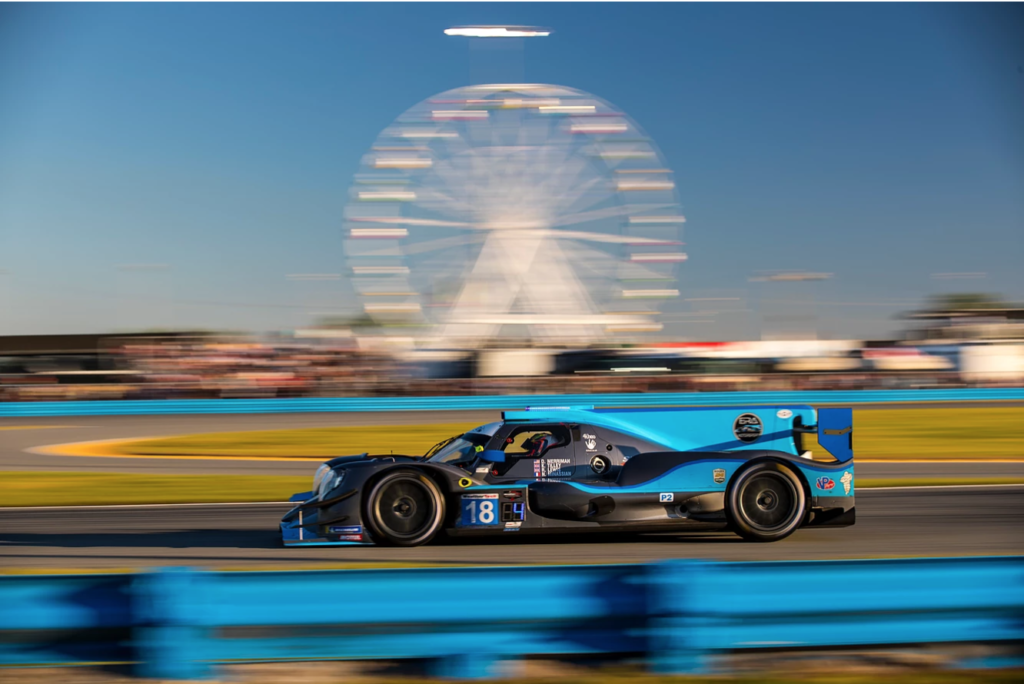 SEBRING, Fla., (July 16, 2020) – After six long months, Era Motorsport will return to action this weekend at Sebring International Raceway for the Grand Prix of Sebring. The COVID-19 era of racing began earlier this month for three of the IMSA WeatherTech SportsCar Championship classes, and now the LMP2 class will join the others for an exciting return to racing. Kyle Tilley and Dwight Merriman will return in the No. 18 Oreca 07, for their first sprint race in the IMSA series.

“Echoing everyone in motorsport, it’s so good to be back,” said Team Owner and Driver Kyle Tilley. “Six months without the sport we love is a long time, and we’re thrilled to get back in action. It’ll be a hot one at Sebring, but our guys have been training hard and we’re up to the task.”

The Indianapolis, Indiana shop was able to stay open during the state-wide shutdown, allowing Tilley to keep members of his team employed, working on various projects throughout the spring months.

During the shutdown, the team created a contest for fans to design a livery for the Era Motorsport Oreca 07, with the winning design to make it onto the car for Petit Le Mans in October, at the time, the season finale. Open to all ages, the team has received forty designs to date, with more expected in the coming months.

“It’s been so much fun to see what everyone is coming up with,” said Tilley. “There are designs with flames, dinosaurs, track maps, you name it! We’ve also seen some professionals try their hand at it too! We hope it’s been a great distraction for everyone, and we hope to see more submitted soon.”

When restrictions began to ease, the team resumed off season testing, most recently visiting Road America Road Course in Elkhart Lake, Wisconsin. The test also acted as a shakedown for a second Oreca, which will run the 24 Hours of Le Mans in September with drivers Kyle Tilley, Dwight Merriman, and Jonathan Kennard with IDEC Sport.

“Even with Le Mans a ways off, we’re in full preparation mode,” said Tilley. “This is our first year in sports car racing, and it has been an interesting one to say the least. We’re going to work hard to fight for points in IMSA with Era, and prepare ourselves for our first Le Mans with IDEC SPORT.”

Still in their rookie sports car racing season, the team will focus on their first IMSA WeatherTech SportsCar Championship sprint race this weekend, running for two hours and forty minutes on one of the most physically demanding circuits of the 2020 calendar. The series introduced a two-day event format, packing two practices, one qualifying, and one race session into a 48 hour period.

The Cadillac Grand Prix of Sebring will air Saturday, July 18 live from 5:30PM to 8:30PM Eastern on NBC Sports Network. Fans in the United States without a cable subscription can sign up for the NBC Sports TrackPass. International audiences can tune in via imsa.tv. IMSA Radio and LiveScoring will continue their coverage for all sessions. For more information, visit imsa.com.