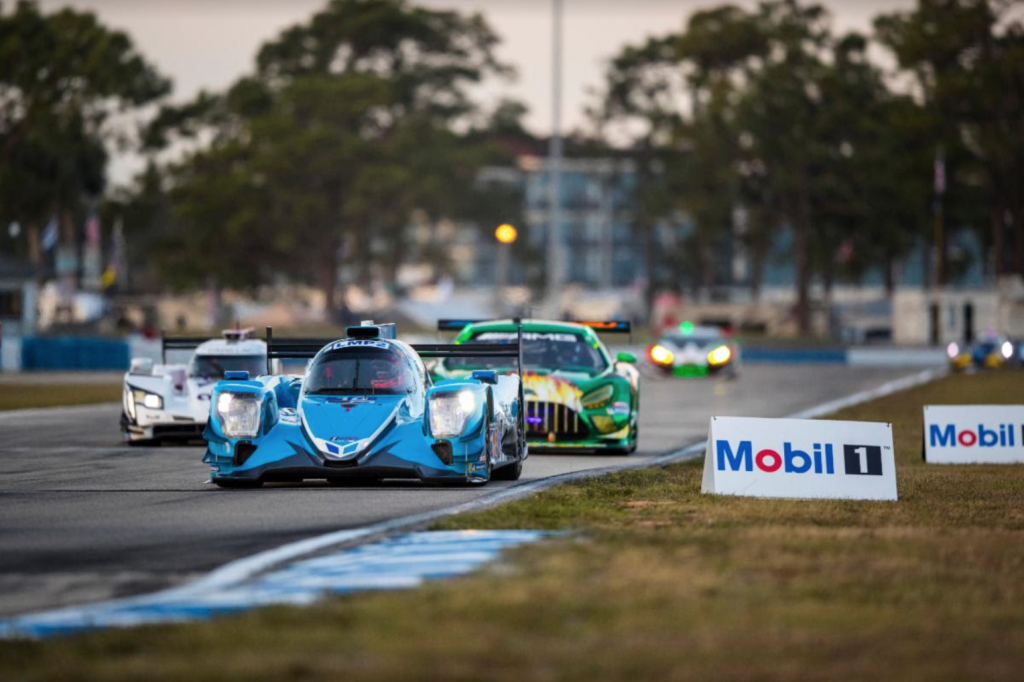 INDIANAPOLIS, Ind., (June 22, 2021) – Three months have passed since Era Motorsport finished second at the Mobil 1 Twelve Hours of Sebring, and since then, the LMP2 sports car racing team has made their European Le Mans Series debut, already completing the first three races of the season. This week, the Indianapolis-based team travels to Watkins Glen, New York for the Sahlen’s Six Hours of the Glen with the IMSA WeatherTech SportsCar Championship.

The team secured the class victory at the Rolex 24 At Daytona, followed by the second-place Sebring finish. The two strong results put the team in second in the Michelin Endurance Cup, the four-race endurance points battle within the full season championship. Since the 2020 Six Hours of the Glen was canceled due to the COVID-19 pandemic in the team’s rookie season, this weekend will be Era’s first time racing in the fan-favorite event.

Endurance addition Ryan Dalziel will race alongside full-season pilots Kyle Tilley and Dwight Merriman in the No. 18 Oreca LMP2 car. Thirty-nine other entries are slated to compete in the six-hour event at Watkins Glen International Raceway, a permanent road course located in the Finger Lakes region of upstate New York.

In preparation for the big race, the team has recently completed private tests at the 3.4-mile, 11-turn circuit. This will also be the first IMSA event since early 2020 that sports car racing fans will be allowed back in the paddock as well as the pre-race open-grid fan walk.

For fans not attending the event, the race will air in the United States live on NBC Sports Gold’s TRACKPASS streaming service on Sunday, June 27 from 10:30 AM to 4:40 AM Eastern, or tape-delayed on NBCSN starting at 7:00 PM ET. Fans outside the U.S. can likely watch on imsa.tv or check listings by country on the IMSA International Coverage page. IMSA Radio will also be offering live coverage of the race, steaming worldwide for free.

Kyle Tilley
I’m super excited for the Six Hours of the Glen! It was the event I met Ryan Dalziel at in 2013, as well as the site of my first event in the United States, so I feel like it’s come full circle! We had a really successful test there a few weeks ago, so confidence is high! That combined with some of what we learned in ELMS, I think we are looking very strong!

Dwight Merriman
I’m feeling confident about our standing coming into Watkins Glen International. We’ve really been putting in the work to consistently improve where we can, and after two strong podium finishes in IMSA this year, I think that consistency will only move us forward.

Ryan Dalziel
After a win and second place in the first two endurance races in IMSA, we are ready to continue that run and hopefully with a finish at the top step. We have learned a lot while racing over in Europe about the Oreca LMP2 which I hope translates over to the IMSA program. Love my Era Motorsport family and I’m ready for more success together.