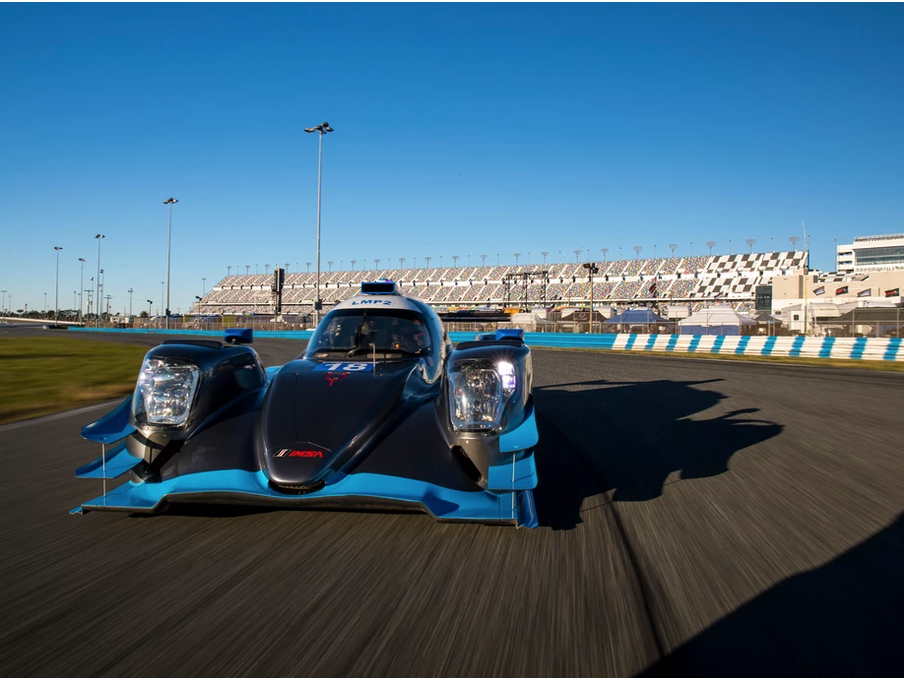 DAYTONA BEACH, Fla., (January 22, 2020) – After months of on track testing and behind the scenes preparation, the management, drivers, and crew of Era Motorsport will make their IMSA WeatherTech SportsCar Championship debut at this weekend’s Rolex 24 At Daytona. The LMP2 sports car team has recruited the some of the best personnel from across the motorsports world to start the 2020 season off strong.

“Making the jump from vintage and historic racing to a high caliber, professional series like IMSA WeatherTech is huge,” said Team Owner and Driver Kyle Tilley. “We hand-picked every player in our team, and I’m so proud of what they’ve all been able to accomplish over the winter. A team is only as good as each of its members, and I have great faith in what we’ll be able to do in our first IMSA outing.”

This weekend, Tilley will be one of few team owners in the event who will also act as driver, running with Dwight Merriman, Nicolas Minassian, and Ryan Lewis in the grey and blue No. 18 Oreca 07-Gibson.

Recruiting from the top teams in North America and Europe, Era Motorsport has secured some of the most established individuals to join the management, engineering, strategy, and crew of the Indianapolis based team.

As previously announced, famed strategist Jeff Bruan joined the team following the Roar Before the 24, the first official test of the 2020 season, bringing with him a stout resume of motorsport accomplishments. Ross Needham joined the team in November 2019 as team manager with 20 years of motorsport experience, coming off eight years with Porsche Factory Team CORE Autosport.

The physical demands of racing can take a toll on even the fittest of drivers. To keep the drivers fresh, recharged, and focused, the team has brought in renowned training facility, PitFit Training. Over the course of the last few months, the drivers have already gone through rigorous physical training to prepare for the iconic endurance event. Through a program specifically created for race car drivers, Indianapolis-based PitFit Training has been directly overseeing the fitness of Indianapolis locals Tilley and Lewis, focusing on cardio endurance, physical fitness, and reaction time. Jim Leo, the Founder of PitFit Training, will be on site personally to oversee the physical and mental care of the drivers throughout race week.

“We’re looking forward to returning to Daytona for another year of supporting our athletes,” said Leo. “As part of our preparation with the Era Motorsport, each driver will follow a regime that involves a variety of Infinit Nutrition fluid replacement drinks, based on the temperature, length of stint, and time of day. Prior to driving, we will raise the alertness level of the driver with blue lights as well as reaction training on the Fit Light system. Upon finishing a stint, they will go through a “recovery session” which involves calming the mind down and massage. This recovery work is aimed at maximizing the rest time until they are back in the car.”

Thirty-eight cars will compete in the 24 hour long endurance event, beginning Saturday, January 25th at 2:40PM. Each car in the field is assigned to a class: DPi, LMP2, GTLM, and GTD. While each car is fighting for top position within its class, each is also striving for a strong overall position within the race. A class label is displayed on each car, and an LED panel will show in what position in class the car is in at all times.

On Saturday, each class will participate in a 15 minute qualifying session to set the starting field for the Sunday’s race. After the field takes the green flag for the big event, every driver will have to complete a minimum of four hours and thirty minutes in the car, and no more than 13 hours. Pit stops, which will occur roughly every hour, will need to be flawlessly executed in order to maintain or advance position in the competitive field. During full course caution periods, the field will pack up, and cars who have their class leader behind them, are eligible to pass the field and circle back around to the rear of the pack, thus gaining a lost lap back and remaining in running order.

At the end of 24 hours, the checker flag will wave, and each class leader will claim victory.

Tilley’s motorsport roots go back to his younger days in open wheel racing before switching to prototype and GT cars in 2010. He came to the United States in 2013, and has since raced in Grand-AM, IMSA, and the Pirelli World Challenge. He founded Era Motorsport, which originally focused on driver development in vintage and historic racing but had since expanded to encompass a variety of additional services including race car preparation, vehicle dynamics, support and more.

Dwight Merriman, a longtime lover of cars will be racing alongside Tilley for the entire 2020 LMP2 season. Merriman’s motorsport career began at the Monticello Motor Club, racing Miatas against other members of the club. Racing in the series formally known as the Pirelli World Challenge in the TCR class in 2018, Merriman has been a regular podium finisher in the radical cup, and raced alongside Tilley in historic racing, where Era Motorsport first began.

After also starting his career in open wheel racing in Europe, British racing driver Ryan Lewis clinched the 2004 British F3 International Series title before coming to the United States to race in Formula Atlantics. In 2008, he made the transition to sports car racing, joining the American Le Mans series. With over seven years of experience racing the Oreca chassis, Lewis will be a strong addition to the team’s Rolex 24 effort.

Live timing and scoring of all sessions will be available via IMSA and Live Scoring. Live IMSA Radio coverage of all the events will begin with the first practice on Thursday, and continue through to the checker flag on Sunday afternoon. For broadcast coverage of the race, fans outside of the United States can view the race in its entirety on imsa.tv. Fans in the U.S. with a cable subscription can watch the race on NBC starting at 1:30PM Eastern, before it switches to NBC Sports Network for select hours. Cable subscribers can also watch straight through on the NBC Sports App. Viewers in the United States without a cable subscription can watch the race in its entirety by purchasing TrackPass for $20 for the entire 2020 IMSA WeatherTech SportsCar championship Season.